On October 21, the presentation of the new (fourth) generation Lexus LX 2022 SUV took place, which, as before, is the closest relative of the previously presented Land Cruiser 300. Both cars have a common base and a single line of power units.

The design of the Lexus LX 2022 in the new body has not changed so much – in front there is still a recognizable radiator grille of impressive size, which now consists of eight slats. At the same time, the stern and sidewalls underwent a more significant revision.

Massive tides above the wheel arches immediately evoke associations with the “three hundred”, but if the latter has an almost vertical trunk lid, then here the rear pillars go at a slight angle, the roof slopes a little, and the rear side windows have become smaller and got a completely different shape.

Also, the new Lexus LX 2022 is easy to recognize from the back by the original lights, which are combined with a jumper, while instead of the emblem on the trunk lid, there is a large inscription with the brand name. Plus, new design wheels have been prepared for the car (the top is now 22″ versus 21 before), and there is also an F Sport variant with a black radiator grille with a fine mesh and a different bumper.

The interior of the new model has changed completely, and it has almost nothing in common with its sister Toyota. There is a new steering wheel and instrument panel, a different front panel and a completely redesigned center console with two large screens. The top widescreen monitor with a diagonal of 12.3″ is responsible for multimedia control, navigation and auto settings.

The lower 7.0-inch one is inscribed between the ventilation deflectors and provides climate control adjustments and a choice of driving modes for the control electronics. Below the display are a few physical buttons and a couple of traditional knobs, with the entire section framed in a stylish chrome surround. 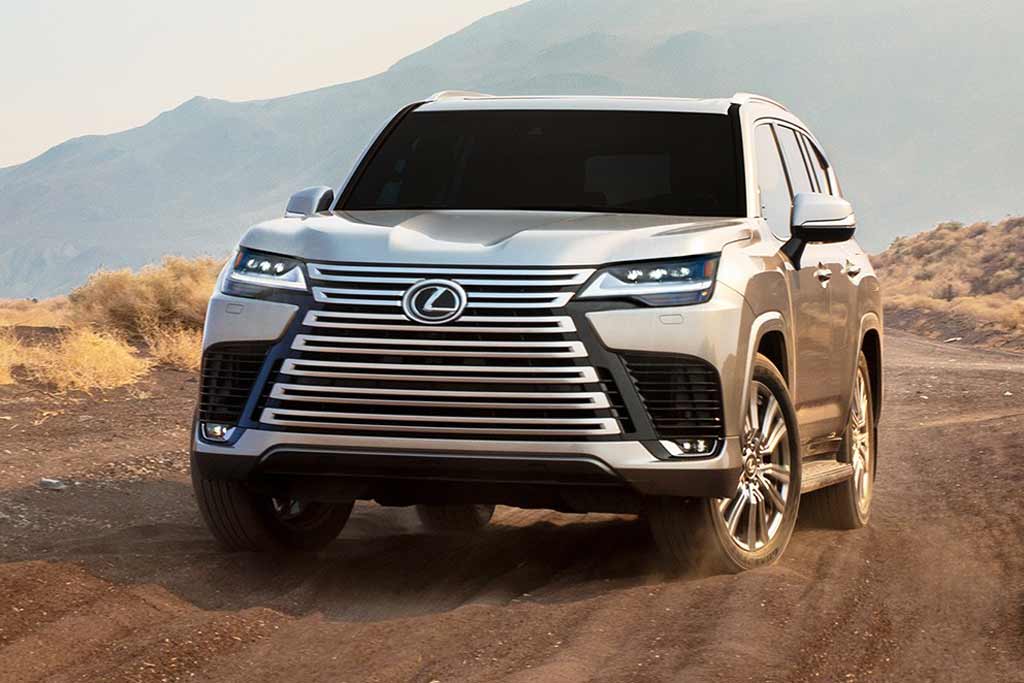 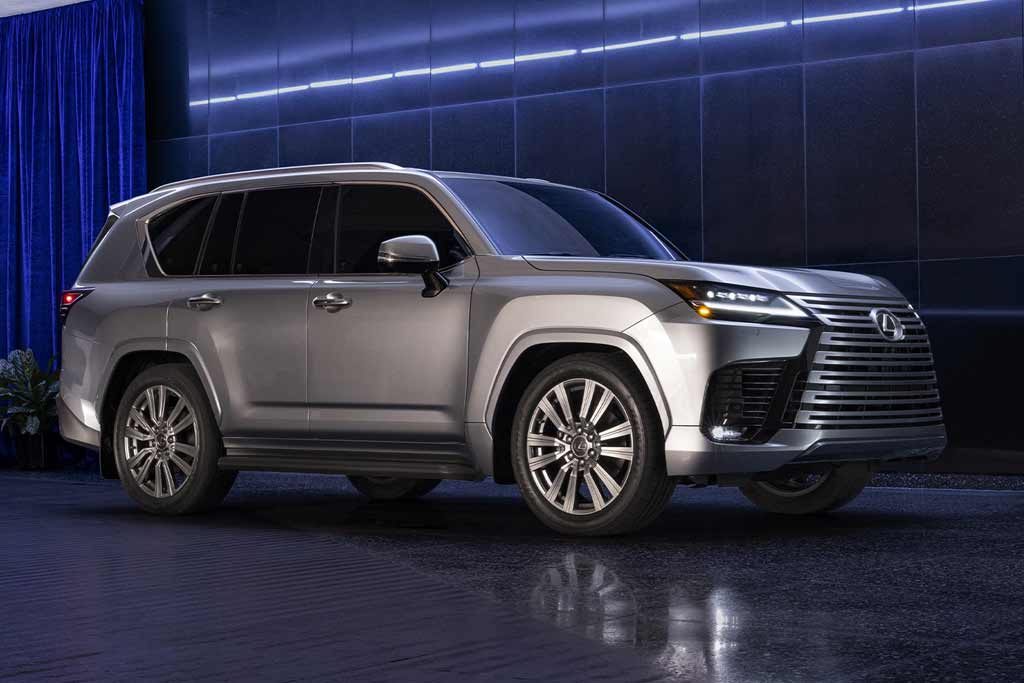 A cool feature of the new 2022 Lexus LX model was the appearance of a special VIP version with two separate seats in the second row. Both are individually adjustable, their backrests can be reclined up to 48 degrees, while the right passenger has a retractable footrest and a front seat partial folding function, so that between the rows there is 1,100 mm of free space.

In the VIP version for rear passengers, there is also a wide box with an integrated touch screen for controlling various functions, monitors on the headrests of the front seats and additional air ducts in the ceiling. The Mark Levinson audio system in the new LX boasts 25 speakers, a surround view camera and a fingerprint engine start function.

The SUV is based on the same frame as on the TLC 300, while the body panels, including the roof, are made mainly of aluminum – this made it possible to throw off 200 kg of weight at once. The wheelbase (2,850 mm) and ground clearance (225 mm) remained the same as on its predecessor, but the company completely abandoned the V8 engines.

In terms of technology, the SUV already in the base has hydraulic suspension and adaptive shock absorbers in a circle (previously they were only at the back). On the rear axle, a continuous axle with four rods remained, while the rebound suspension travel was increased to 145 mm (+ 20). The LX F Sport variant is upgraded with a Torsen limited-slip differential, and its suspension settings are stiffer. 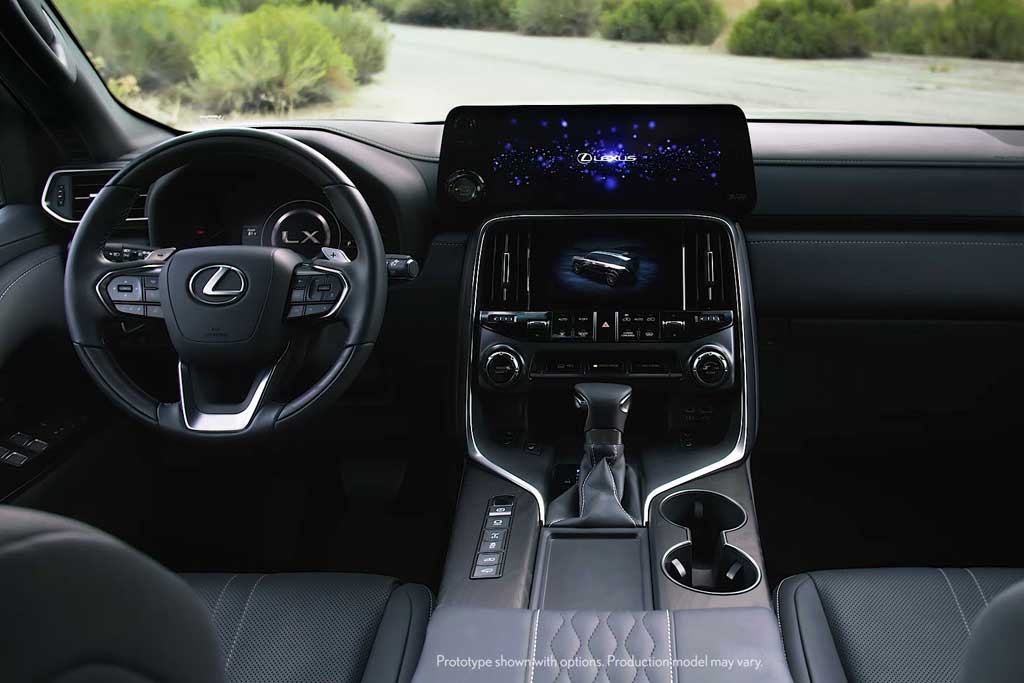 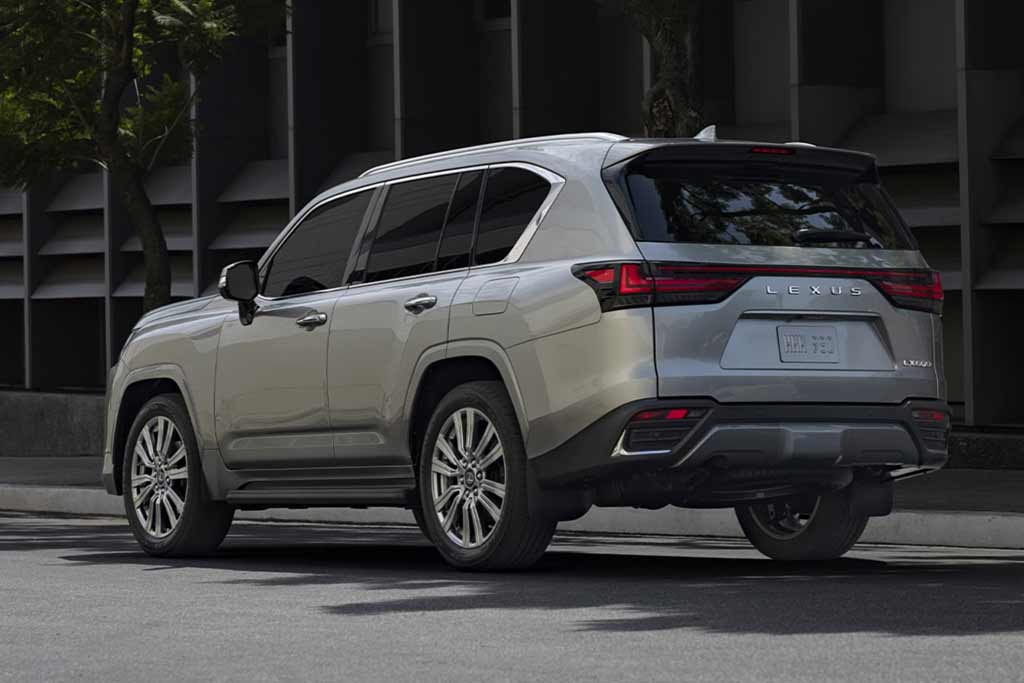