Sales of the seven-seater SUV Jeep Grand Cherokee L of the new generation will begin in the third quarter of this year.

Jeep has introduced the new Jeep Grand Cherokee L. According to the press service of the American brand, sales of the three-row SUV, as well as the standard version of the car, will begin in our market at the end of the third quarter of 2022. The car is manufactured at a plant in Detroit. Prices for the car will be announced later.

A seven-seater car was built on the Giorgio platform, developed by Alfa Romeo for the Giulia and Stelvio models. From its predecessor, the novelty differs in increased ground clearance (adaptive air suspension allows you to raise the body up to 277 mm) and the ability to overcome deeper water obstacles. Luggage compartment volume – 1328 liters.

The car received narrow LED optics, a radiator grill consisting of seven vertical sections, roof rails and a raised hood. The length of the novelty exceeds 5 meters. Inside the SUV, a new digital instrument panel, a 10.1-inch multimedia system screen and a McIntosh premium audio system with 19 speakers with a power of 960 watts were installed. Also, the novelty was equipped with chairs with a massage and ventilation function, wireless charging for a smartphone and a backlit transmission selector.

The base engine for the car was a 3.6-liter naturally aspirated V6 Pentastar engine with 290 hp. and 348 Nm of torque. The unit works in conjunction with an eight-speed gearbox. For the machine, modifications are provided with four driving wheels, a reduction gear and an electronic rear differential lock.

The car was equipped with more than 100 safety and security features, including partially automated driving assistants, a surround view system and night vision cameras. Also available is the Uconnect system with Apple CarPlay and Android Auto support, a head-up display, a digital rearview mirror.

The Jeep Grand Cherokee L with Quadra-Lift air suspension has an approach angle of 30.1°, a departure angle of 23.6° and a ramp angle of 22.6°. If desired, you can retrofit the car and increase its cross-country ability, for example, using the Off-Road Group package. It includes high strength steel underbody protection, an electronically controlled limited slip rear differential, 18-inch alloy wheels and off-road all-season tires. 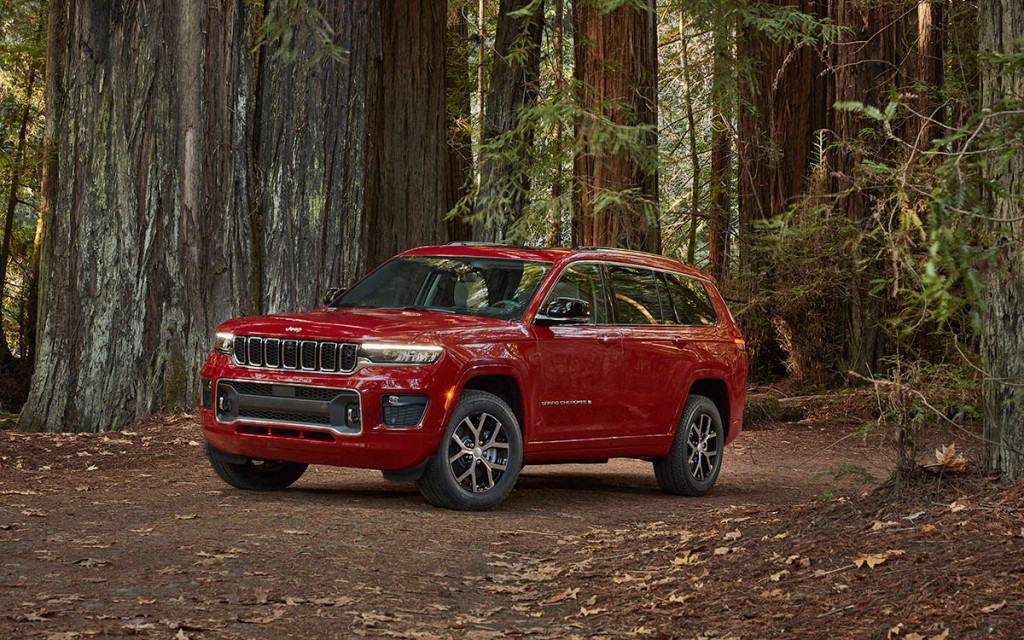 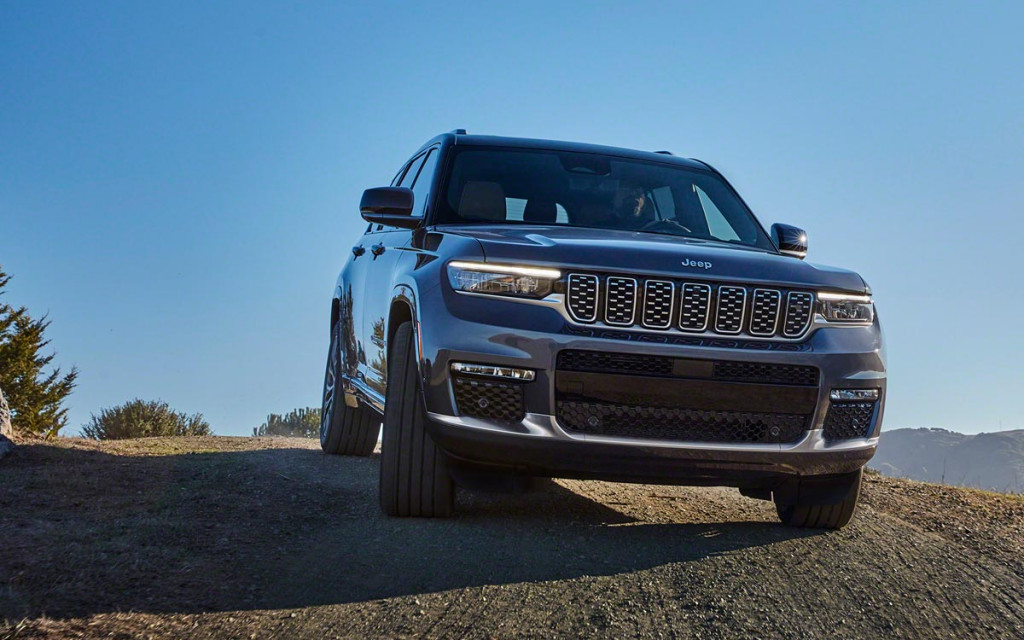 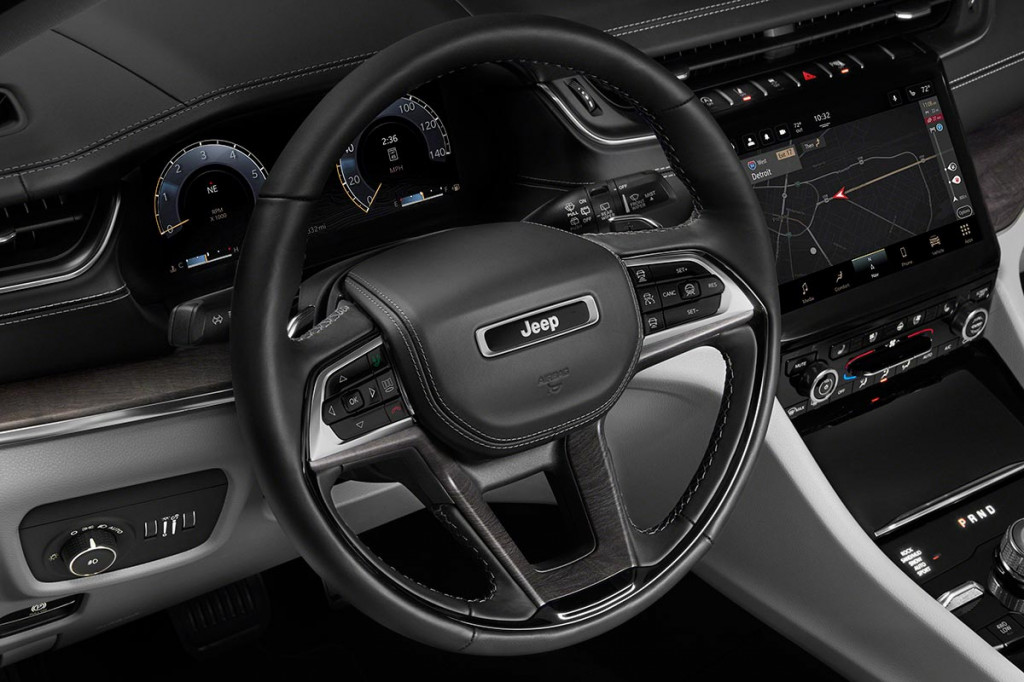 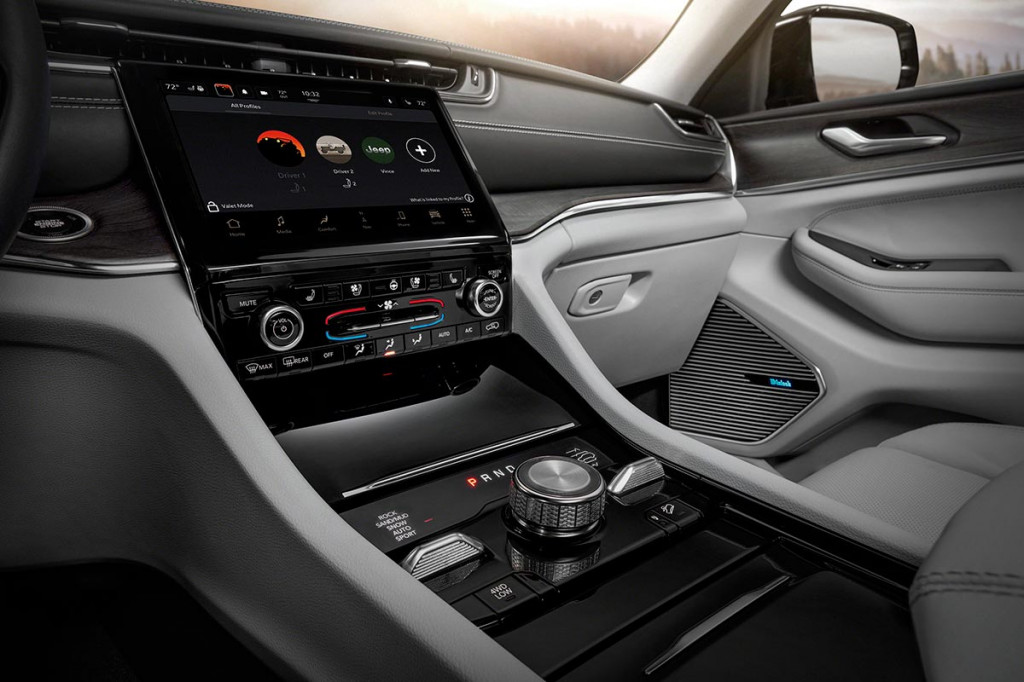 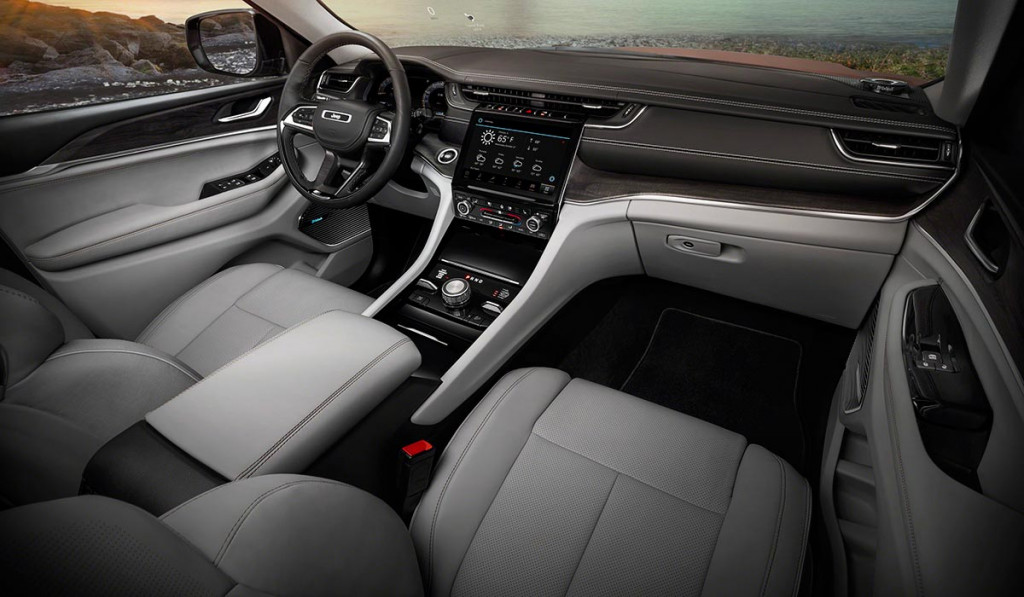