The Koreans presented the restyled Hyundai Santa Fe 2021 model year, during which the crossover received numerous changes and swung into the premium segment. Outside, the car has received a revised appearance, and its “face” now has much in common with the Sonata. The new body of the 2021 Hyundai Santa Fe has got other headlights with T-shaped DRLs, visually combined with a modified radiator grill. Interestingly, for the latter, two different patterns were developed, while it was decided to abandon the massive chrome strip for the entire width of the front end.

At the rear of the SUV, new lights were registered, visually united with each other by a red jumper. The designers used the same strip in the design of the rear bumper. In addition, a “Luxury Package” became available for the model, which provides for the installation of a protective plastic body kit in body color and 20-inch wheels (previously the largest were 19 “). In the salon of the new Hyundai Santa Fe 2021, Koreans have tried to improve the quality of finishing materials. In particular, now all the plastic is soft and pleasant to the touch. Plus, the car sports a modern multimedia system with a 10.25 “widescreen (was 8.0”).

In addition, the company has completely revised the shape of the center console, on which multimedia hot keys are now located. The manufacturer abandoned the traditional automatic transmission lever in favor of a push-button panel and changed the central tunnel, adding a niche for small things on the latter. In technical terms, there have also been major changes. Surprisingly, during the restyling (and this happens very rarely), the car moved to a new platform, which is used on the Hyundai Sonata 8 and KIA Sorento 4. However, the suspension architecture remains the same: the MacPherson struts are installed in the front, and a multi-link at the rear.

At the same time, the Koreans report that due to a different layout of the units on the Santa Fe 4, the center of gravity has decreased, which has a positive effect on the safety and handling of the crossover. Due to the new bumpers, the total length of the car increased to 4,785 mm (+ 15), the trunk volume increased to 634 liters (+ 9), the distance between the first and second rows added 34 mm due to other seat mountings. The updated Hyundai Santa Fe 2021 received a “Terrain Mode” system that allows you to switch between driving modes using a special washer on the center console. Choose from standard Eco, Comfort, Sport, off-road Sand, Snow and Mud presets, as well as adaptive Smart.

The range of powertrains of the model varies depending on the region of sale. The base for the States is a 2.5-liter gasoline aspirated GDI with combined fuel injection, developing 194 hp. and 247 Nm of torque. The drive can be either front or full, and the box is an exclusively 8-band automatic. An alternative is the turbocharged T-GDI engine of the same volume, already producing 281 “horses” 422 Nm, and here instead of the automatic transmission there is an eight-band preselective robot. For the markets of Korea and Europe, a 2.2-liter Smartstream turbodiesel with an aluminum cylinder block has been prepared (it is 38 kg lighter than its predecessor at once). This motor is also equipped with a robotic transmission, and its power is 202 hp. (441 Nm).

But that’s not all – there are two hybrid versions in the arsenal of the new Santa Fe. The initial version is equipped with a 1.6-liter T-GDI turbo engine of the Smartstream family with 180 hp, a 60-horsepower electric motor, a 1.5 kWh traction battery and a 6-speed automatic. The total recoil is 230 “horses” (350 Nm), the drive again can be either front or full. The more advanced Hyundai Santa Fe PHEV 2021 comes with a similar internal combustion engine, but the electric motor already develops 91 hp and the battery has a capacity of 13.8 kWh. The total output of the installation is 265 forces and 350 Nm, four-wheel drive is in the base. Sales of the new Hyundai Santa Fe began at the end of July 2020, but this is in the domestic market in South Korea, while the first cars will reach European dealers of the brand only in September. 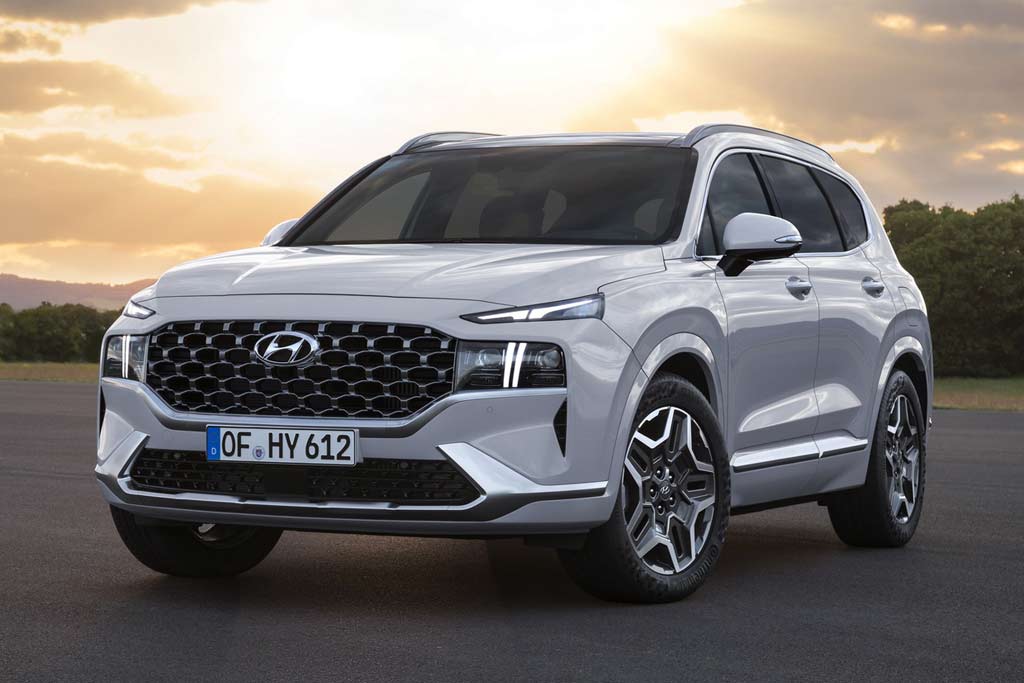 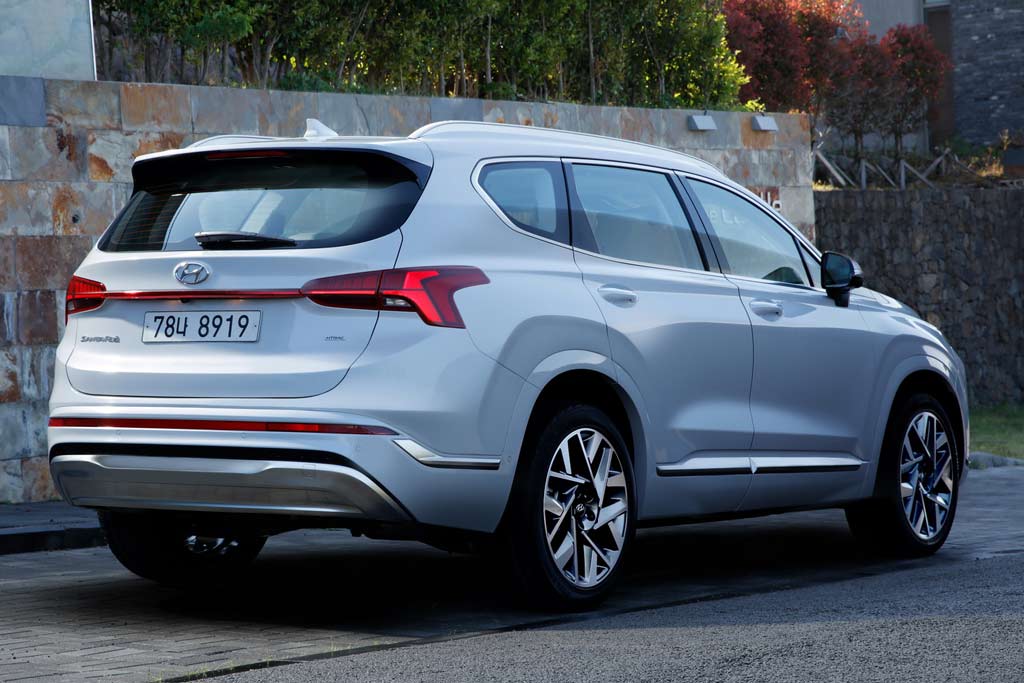 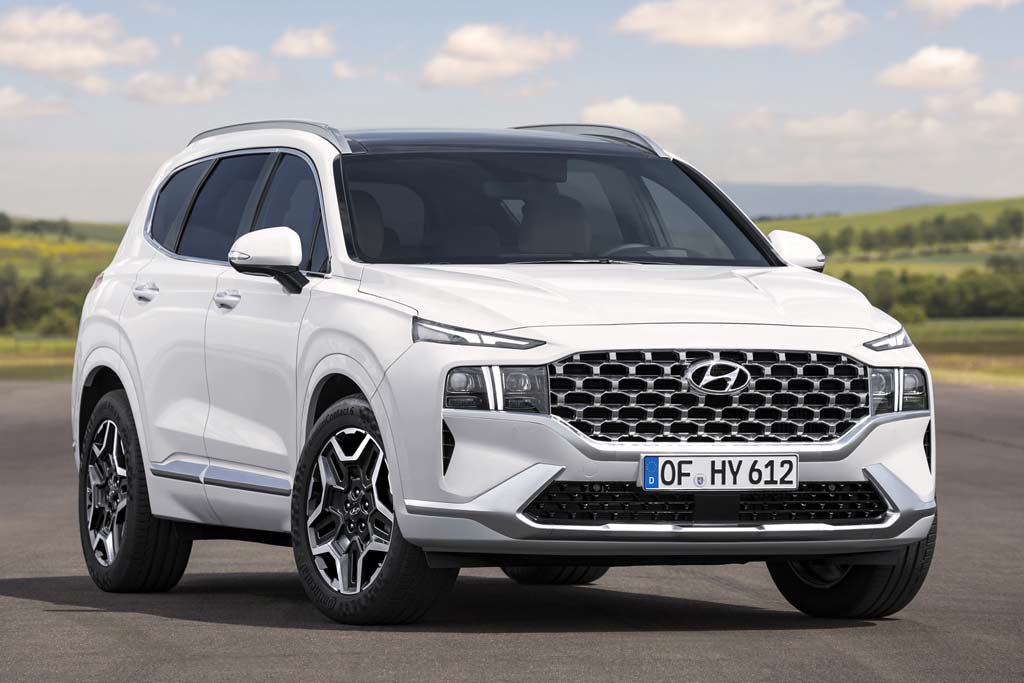 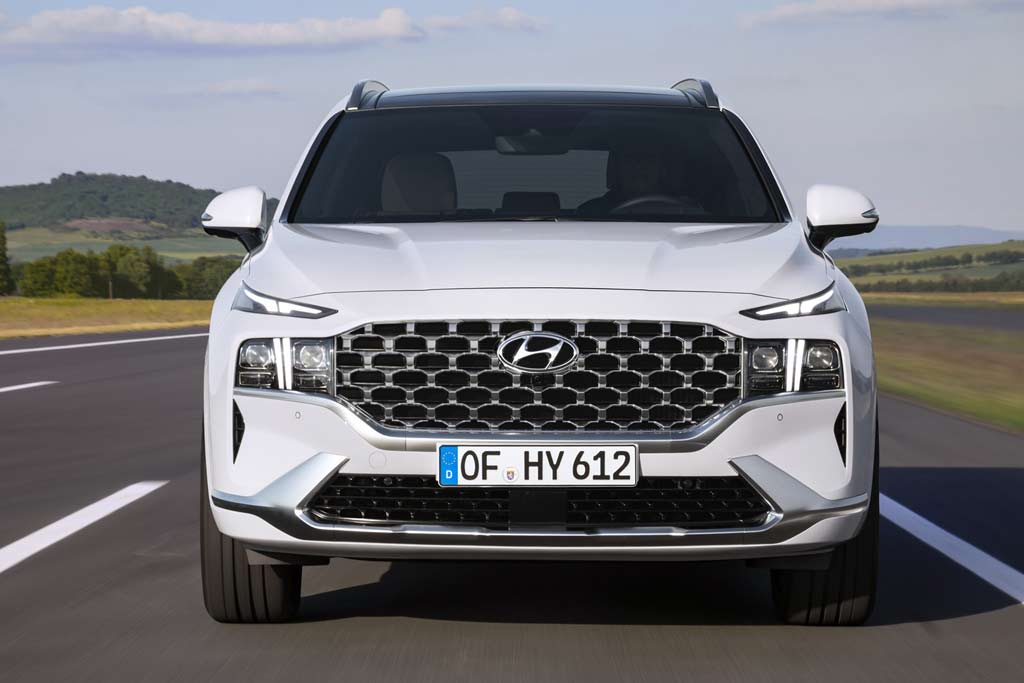 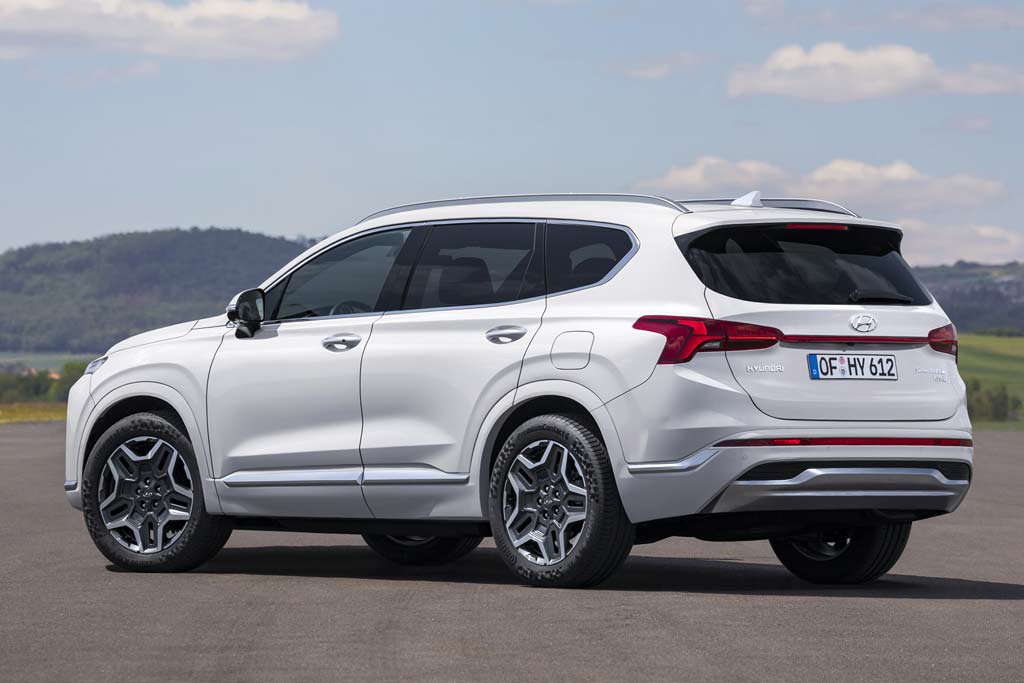 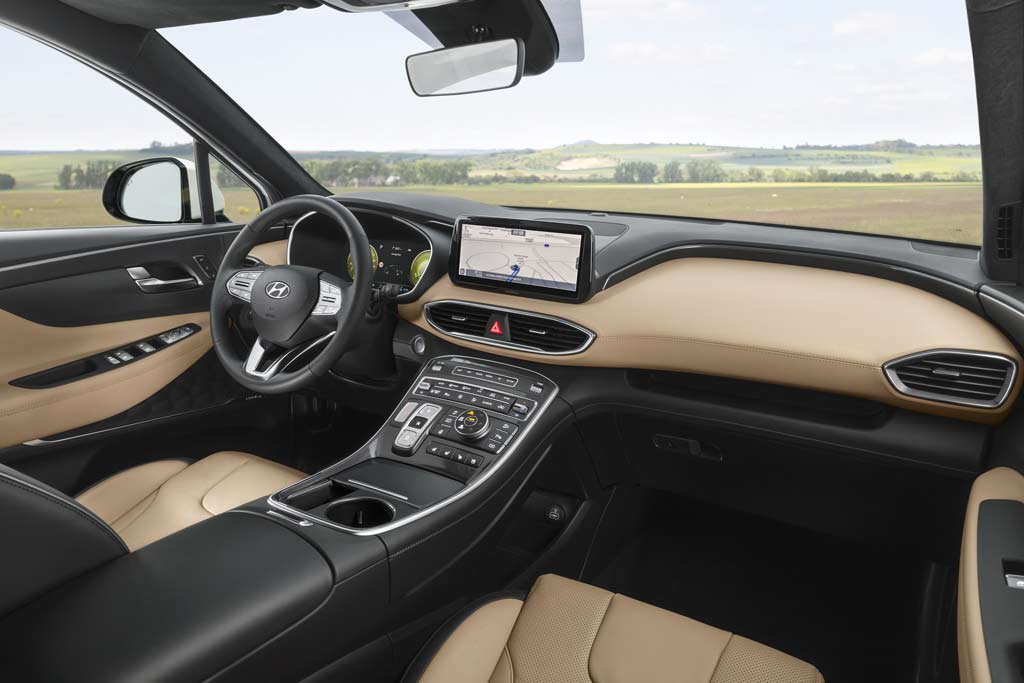