BMW has unveiled an updated flagship crossover X7. The largest car of the Bavarian brand received significant changes in the exterior and interior, as well as an upgraded technical “stuffing”.

The restyled X7 can be distinguished from its predecessor thanks to the complex two-tier front optics. Above are narrow bifurcated LED blocks that perform the functions of daytime running lights and dynamic direction indicators. Under them are the main sections of the matrix headlights.

Plus, the crossover received new taillights, upgraded bumpers, as well as rims of a different design.

As for the interior, there is a new digital front panel BMW Live Cockpit Plus, which combines a 12.3-inch virtual instrument panel with a 14.9-inch touchscreen multimedia display in one unit.

Another important change was the elimination of the traditional rocker transmission selector, which was replaced by a small electronic switch located next to the rotating “washer” of the iDrive driving mode selection system. 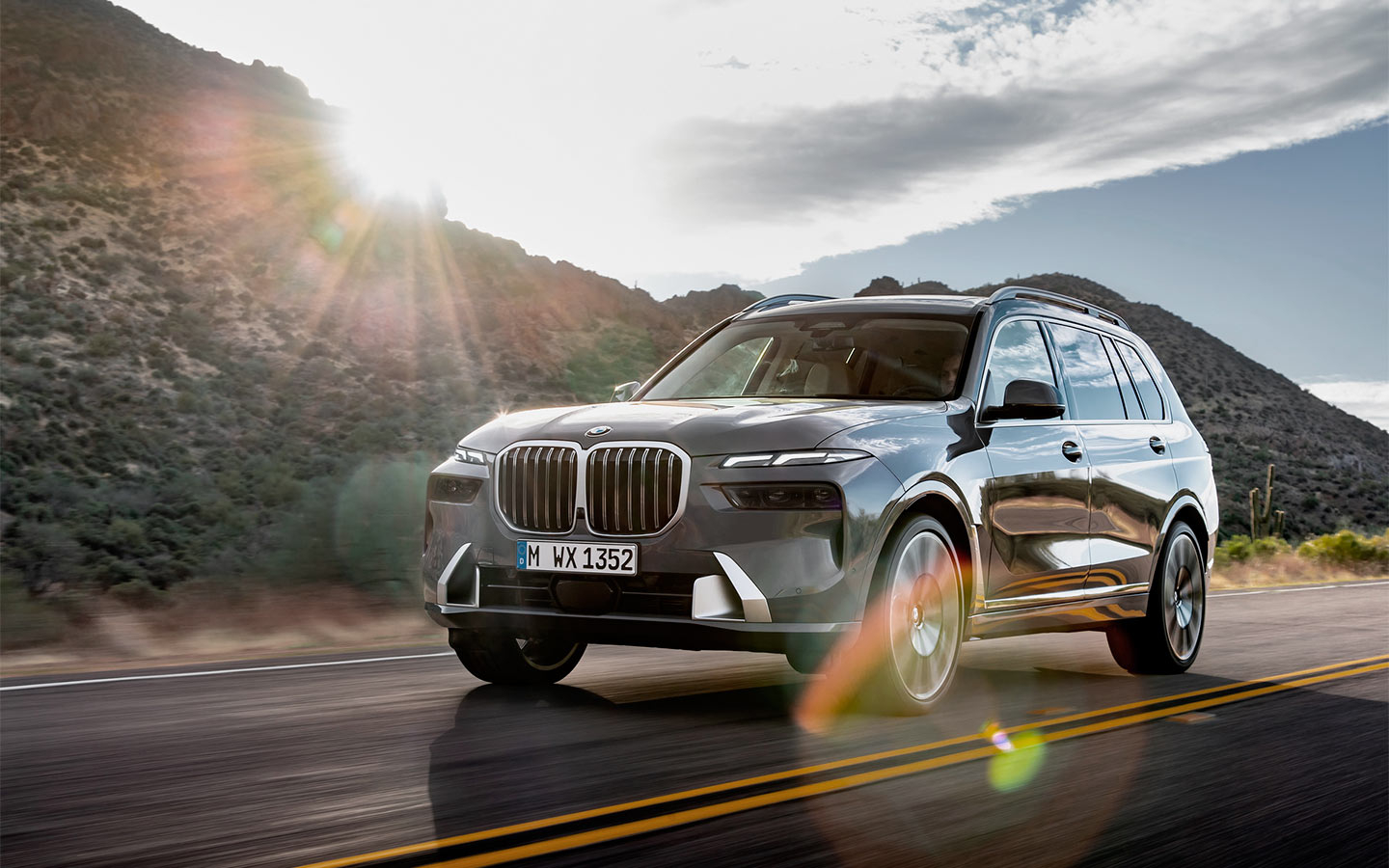 All BMW X7 engines are now integrated with a mild hybrid system with a 48-volt starter-alternator providing an additional 12 hp. and 200 Nm of torque during hard acceleration. As before, the base engine was a 3.0-liter turbodiesel with a peak output of 352 hp. and 720 newton meters. At the same time, the gasoline version of the X7 xDrive40i received a significantly improved in-line supercharged “six”, the return of which was increased to 380 forces and 520 Nm, which is 41 forces and 70 Nm more compared to the predecessor engine.

At the top of the range, the same 4.4-liter twin-turbo V8 petrol unit remains, developing the same 530 hp. and 750 Nm (version index changed from M50i to M60i). The engine allows a large crossover to gain the first “hundred” in 4.7 seconds.

The production of the updated BMW X7 will be launched at the American plant of the Bavarian brand in Spartanburg (South Carolina). Global car sales are due to start in the fall of 2022. 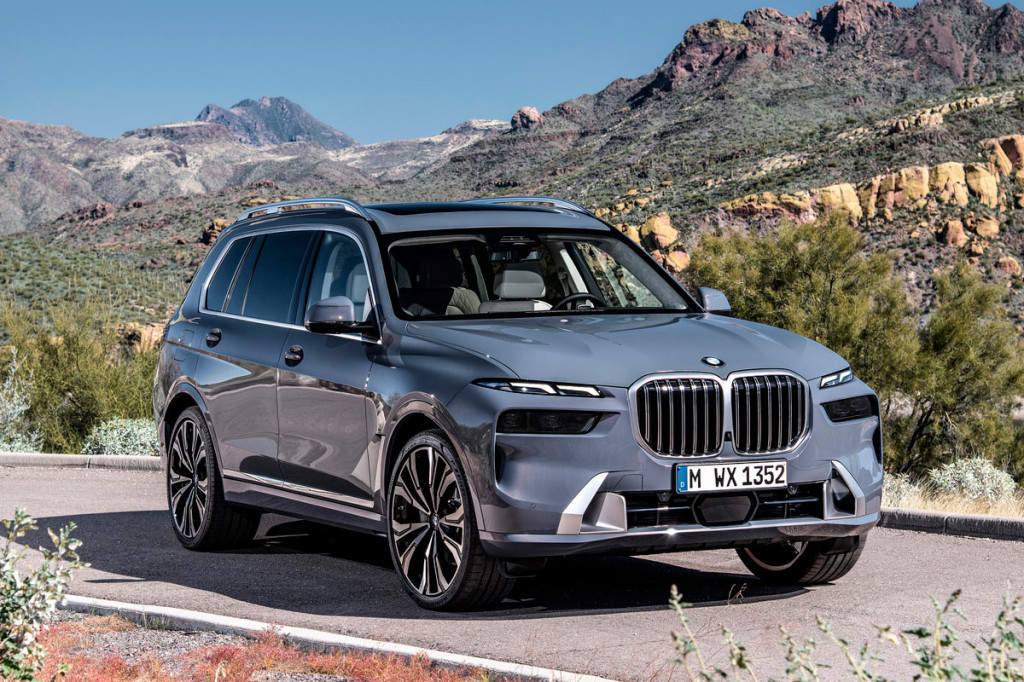 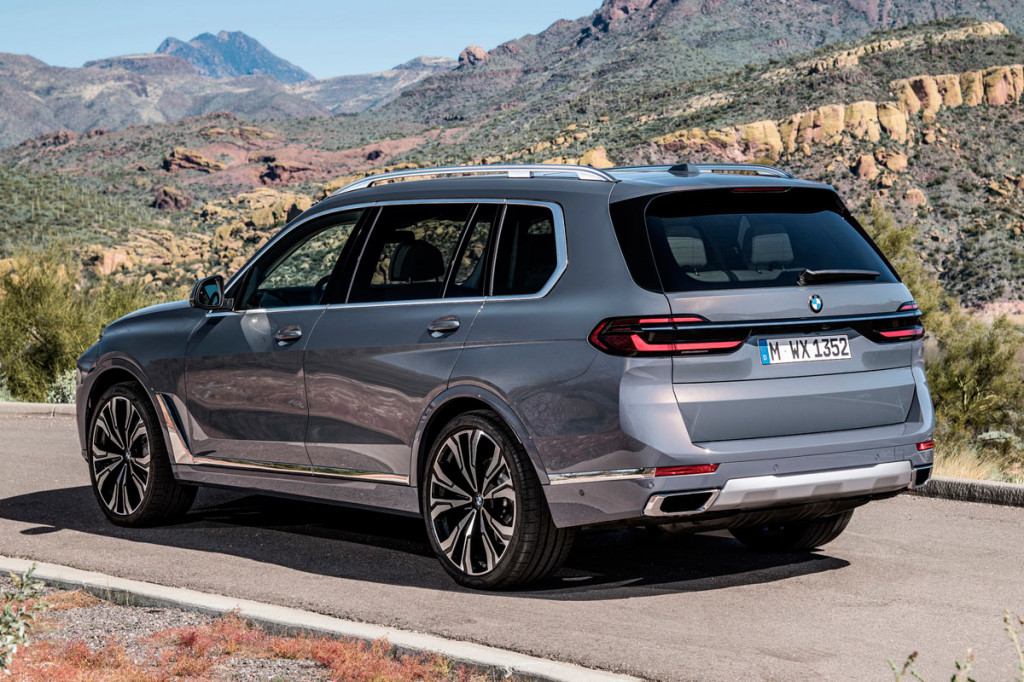 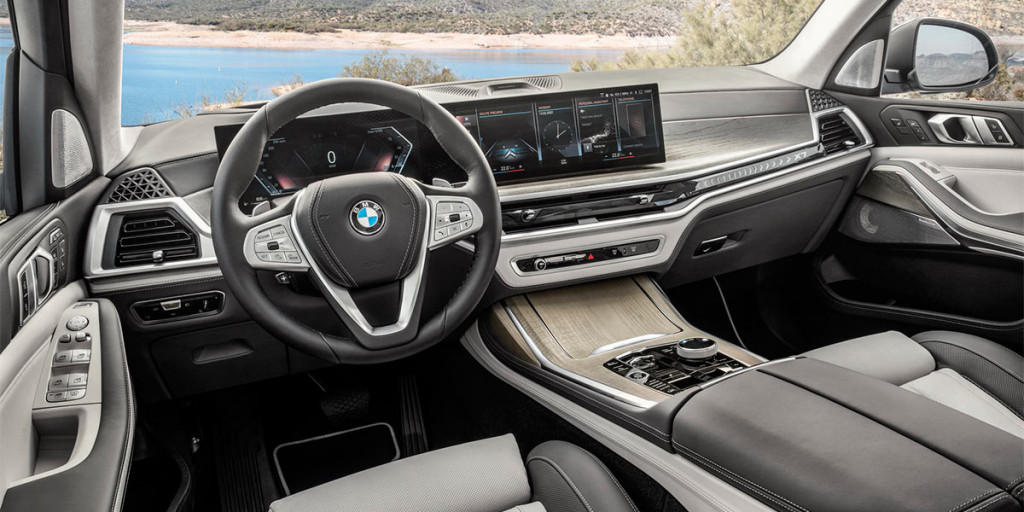