BMW has unveiled the third-generation X1 crossover. It will be possible to buy a car with traditional internal combustion engines, as well as with an electrified power plant. According to the press service of the German brand, both modifications of the car will be produced at the BMW plant in Regensburg. Car sales in Europe will start in October this year. Prices for the novelty will be announced later.

The third generation X1 retained its former silhouette, but acquired an enlarged radiator grille with vertical slats, new optics in the style of the updated 3-Series and modified bumpers. The car also received a panoramic sunroof, embossed hood and other rims with a diameter of 17 to 20 inches. The length of the machine is 4500mm, the width is 1845mm and the height is 1642mm. The wheelbase is 2692 mm. Outwardly, the “green” X1 differs from the usual crossover with special blue accents on the body.

A large display was installed in the interior of the car, which combines a 10.24-inch dashboard and a 10.7-inch multimedia system screen. Instead of a traditional gearshift lever, the car has a small transmission control selector. Also, the crossover has new leather seats with a massage function and ventilation. The driver has access to the advanced BMW Maps navigation system, intelligent dual-zone climate control, a rain sensor and a Harman Kardon audio system. 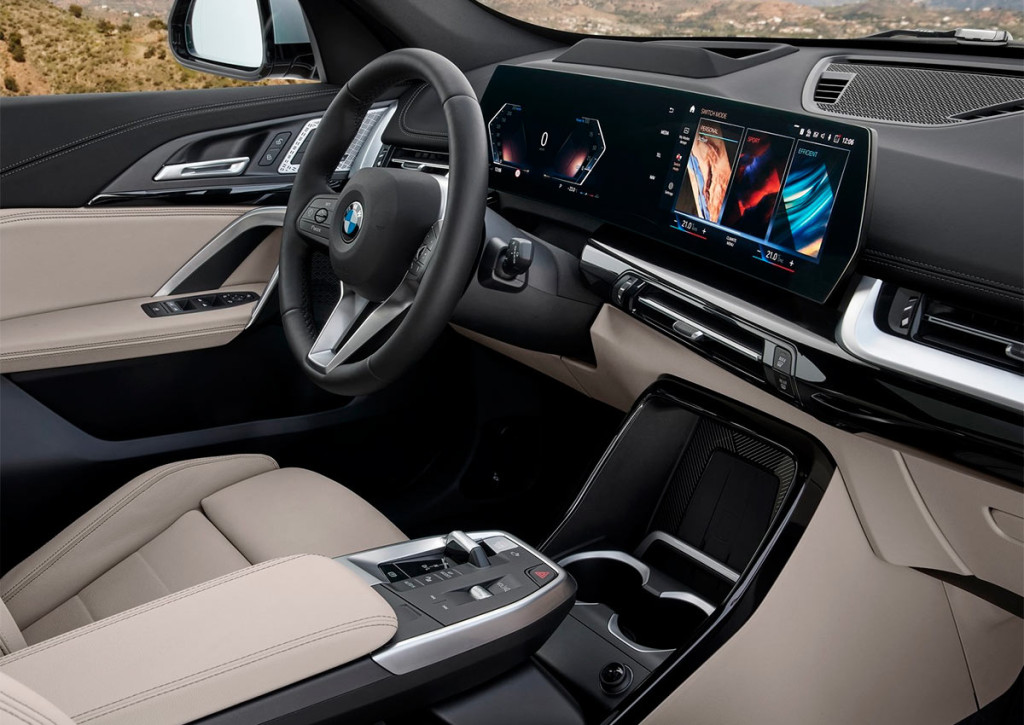 Among the useful options: active cruise control with Stop & Go function, head-up display, as well as a parking and reversing assistance system. The luggage compartment of the new X1 is 540 liters, with the rear seats folded down, this figure rises to 1600 liters.

Initially, a crossover with traditional internal combustion engines will go on sale. The engine range of such a car is represented by four-cylinder gasoline and diesel units with a capacity of 136 to 218 horsepower. The engines work in conjunction with a 48-volt starter-generator and a seven-speed “robot”.

Also, the car will be offered with hybrid power plants based on a 2.0-liter gasoline engine or a 1.5-liter diesel unit. The power of such modifications of the machine is 245 and 326 hp. respectively

Later, an electric modification of the BMW iX1 will also reach dealerships. The car received the fifth generation eDrive power plant, which included two electric motors. They are located on each of the axles and provide permanent four-wheel drive.

The total power of the “green” X1 is 313 horsepower. Acceleration to hundreds takes 5.7 seconds. The maximum speed is 180 km/h. Without recharging, the crossover can travel about 440 kilometers. 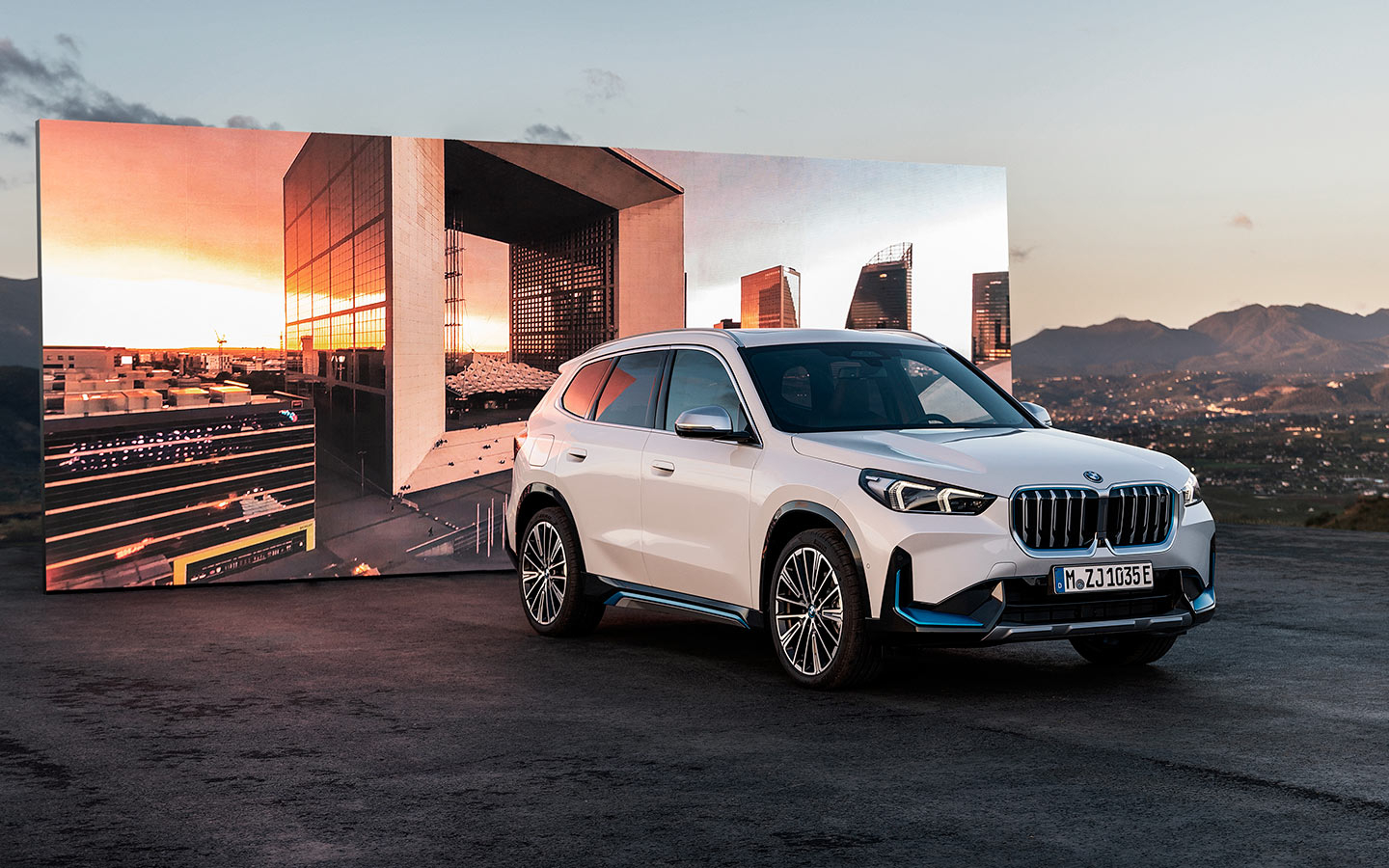 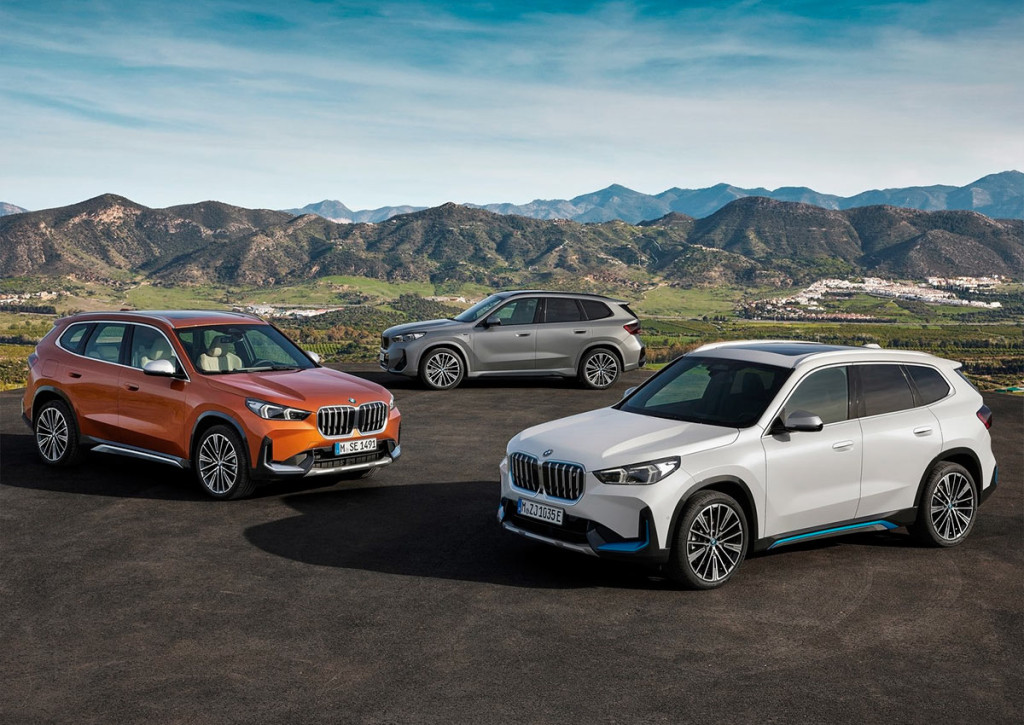 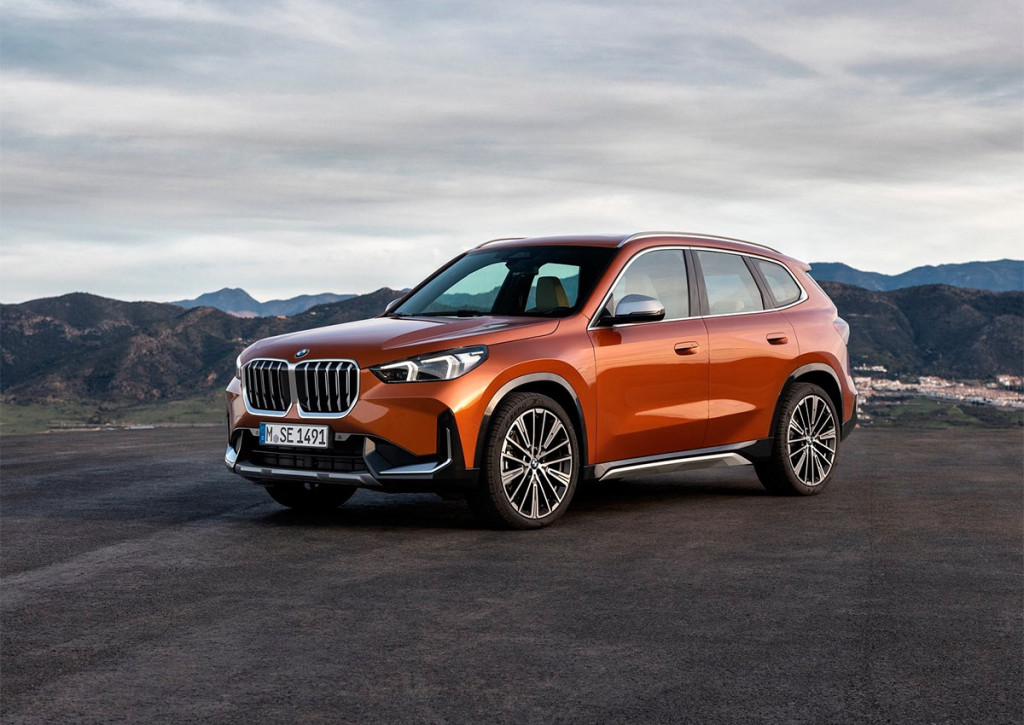