Nissan has begun accepting orders for the next-generation Pathfinder crossover.

With the change of generation, the model has become more like an SUV with a frame structure than a family crossover with a monocoque body. Already in the basic version of Business, the car received 18-inch alloy wheels, a dashboard with a seven-inch display, an advanced multimedia system with an 8-inch screen and a rear-view camera. Also, the car was equipped with an audio system with six speakers and a driver’s seat with electric adjustment in ten directions.

The High Tech trim is externally distinguished by 20-inch wheels, a two-tone body color and roof rails. The cabin is equipped with a digital instrument panel, wireless charging for smartphones, as well as four USB connectors for first and second row passengers. The driver has access to the navigation system, the function of automatically switching the high beam to the dipped headlights, the system for detecting motorist fatigue, the function of monitoring blind spots and the lane control, as well as the all-round visibility system.

The Top modification was equipped with a panoramic sunroof and chrome side moldings. The crossover has an atmospheric backlight, a projection display. In turn, the Nissan Pathfinder in the Top Comfort equipment version has a seven-seat interior and is equipped with a central portable console between the individual seats of the second row. 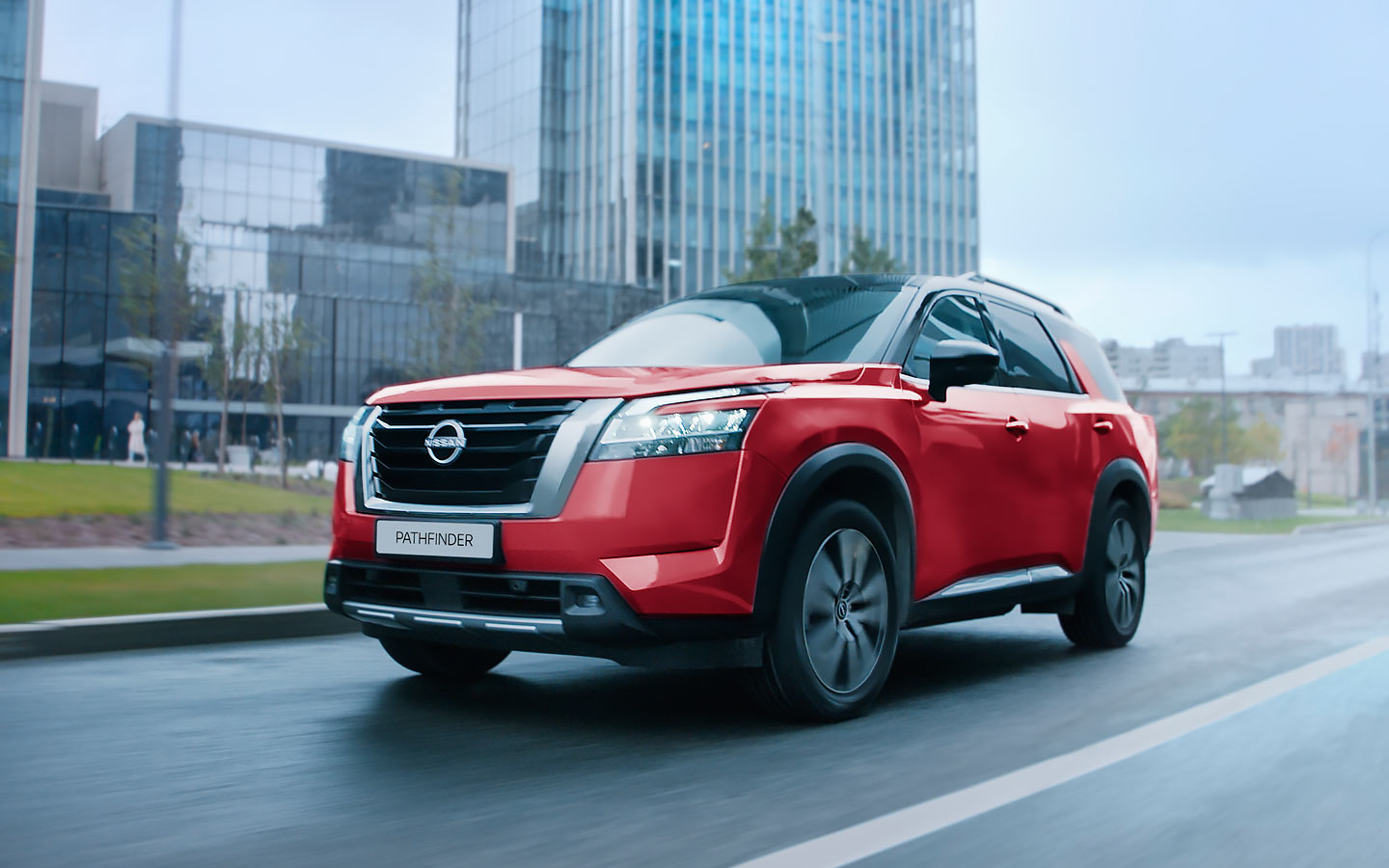 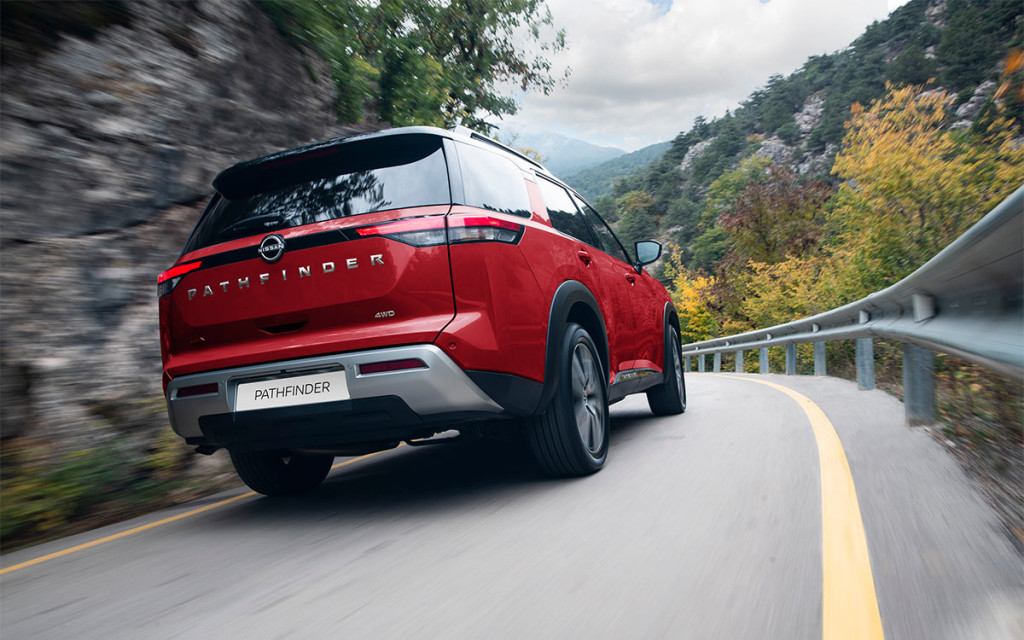 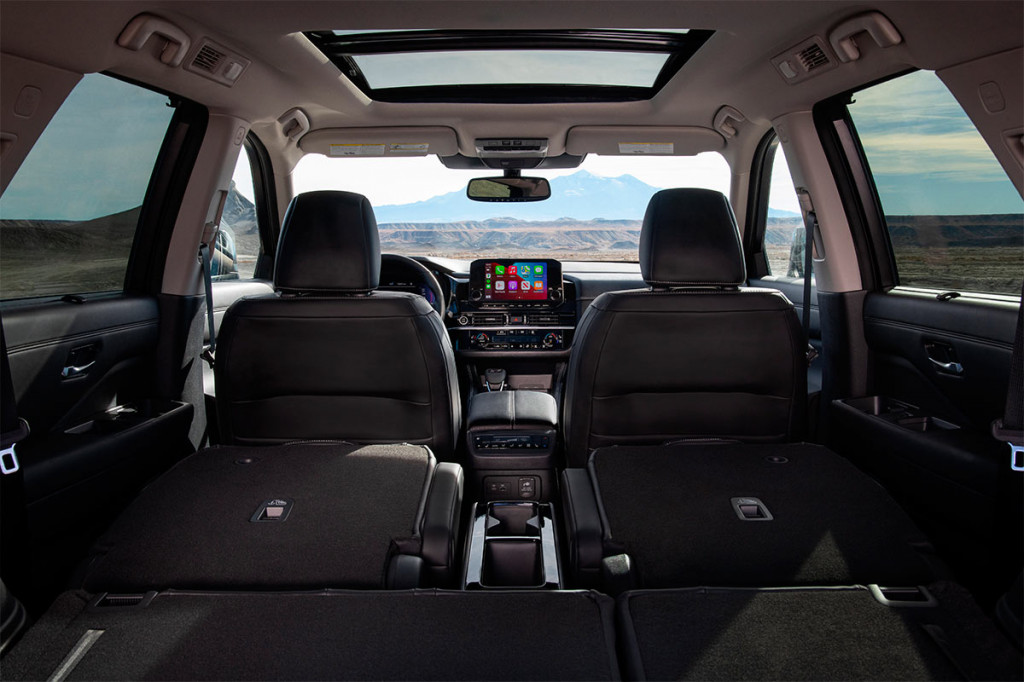 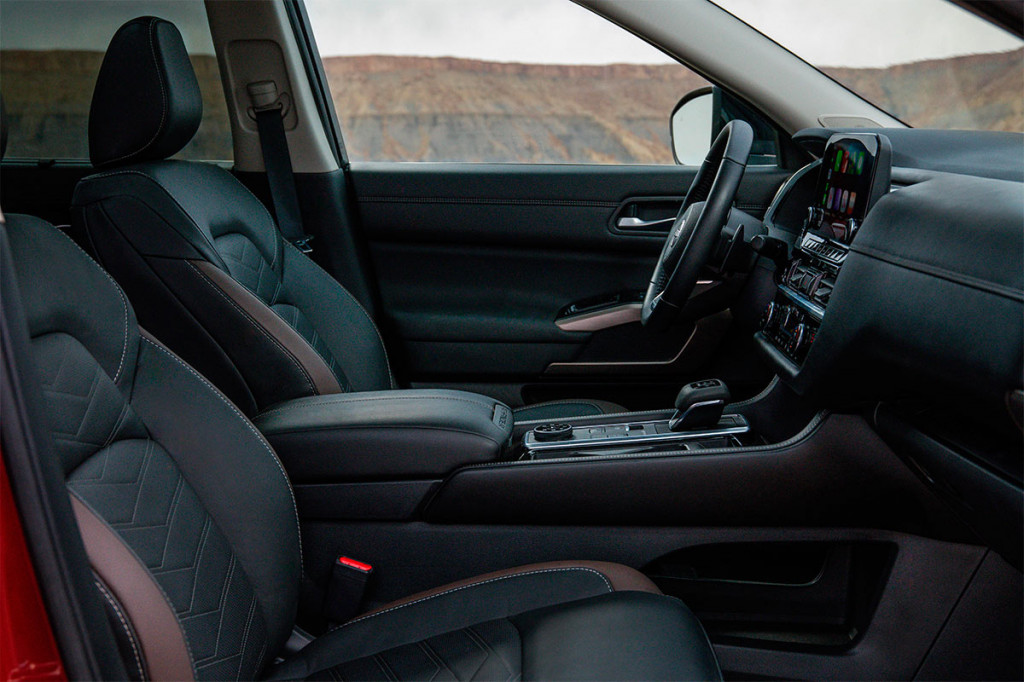