The Mercedes-Benz Sprinter is a comfortable workhorse that offers a splash of G-wagen capability.

Thanks to its wide span of configurability, it can satisfy the needs of both those who deliver and those who crave outdoor adventure. That said, its starting price is noticeably steeper than full-size van competitors such as the Ford Transit and Ram ProMaster. The Sprinter is sold with three four-cylinder engine options-two turbodiesels and one turbocharged gasoline engine-each working through a nine-speed automatic transmission. That transmission and the van’s optional 4Matic all-wheel-drive system are similar to those found in Mercedes-Benz passenger cars like the E-Class and S550. The Merc hauler can be had with a dual-rear-wheel axle, varying roof heights, and three distinct body styles: cargo, crew, and passenger. The tech offerings include a 10.3-inch touchscreen and various driver assists. The vast interior space means there’s plenty of room to build the 2023 Mercedes-Benz Sprinter into your next work van, an off-road AirBnB, or almost anything in between. 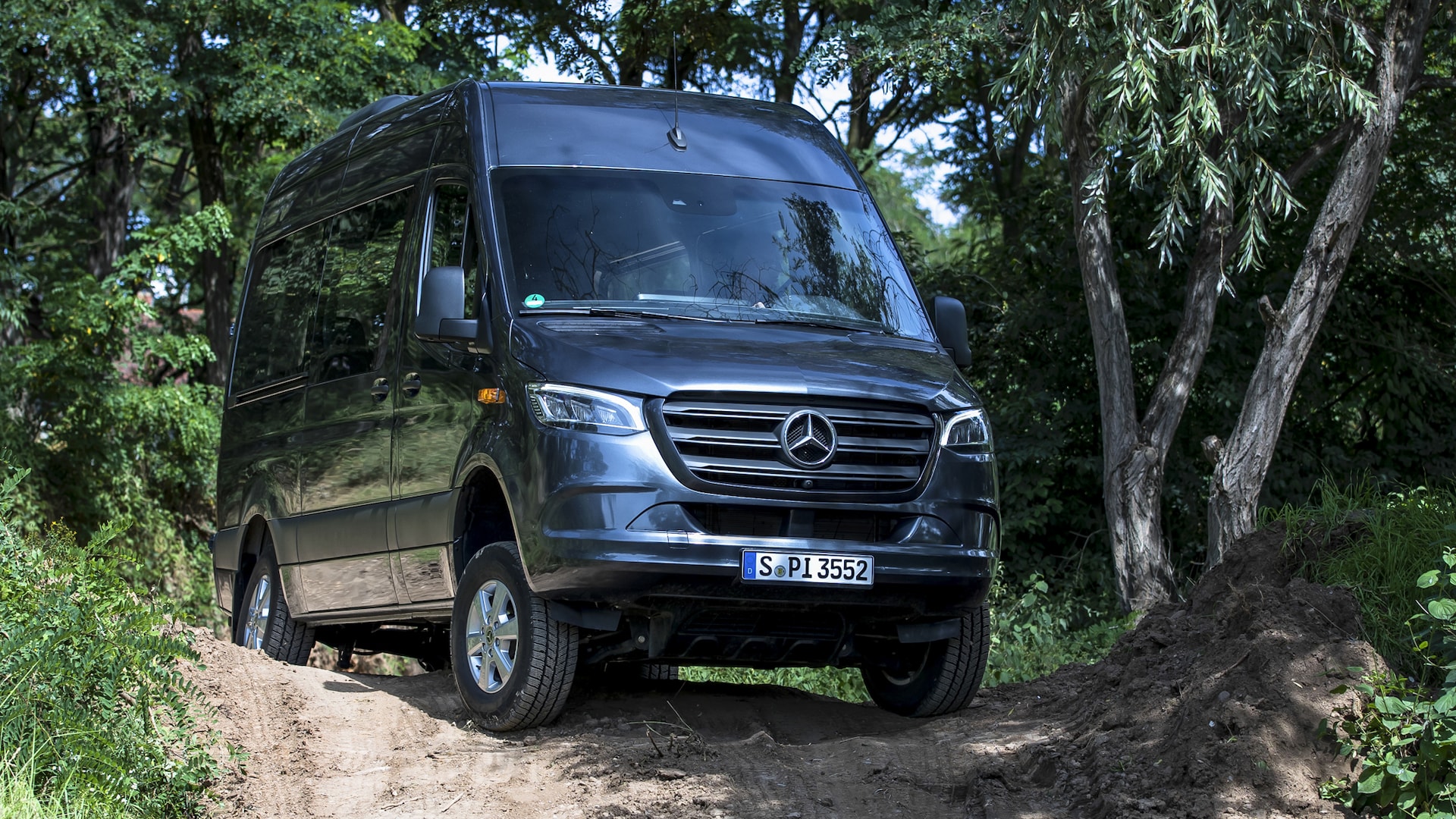 The Sprinter van’s engine lineup has been shaken up for 2023 and include only an inline-fours: 168- or 208-hp turbodiesels and a 188-hp gas engine. The 188-hp V-6 is discontinued. All engines now bolt up to a new nine-speed automatic transmission, replacing the old model’s seven-speed unit. A revised 4Matic all-wheel-drive system uses a longer first gear for better acceleration and smoother operation. Power distribution is changed to a 50-50 bias between front and rear axles, instead of the former 35-65 percent split in last year’s Sprinter. 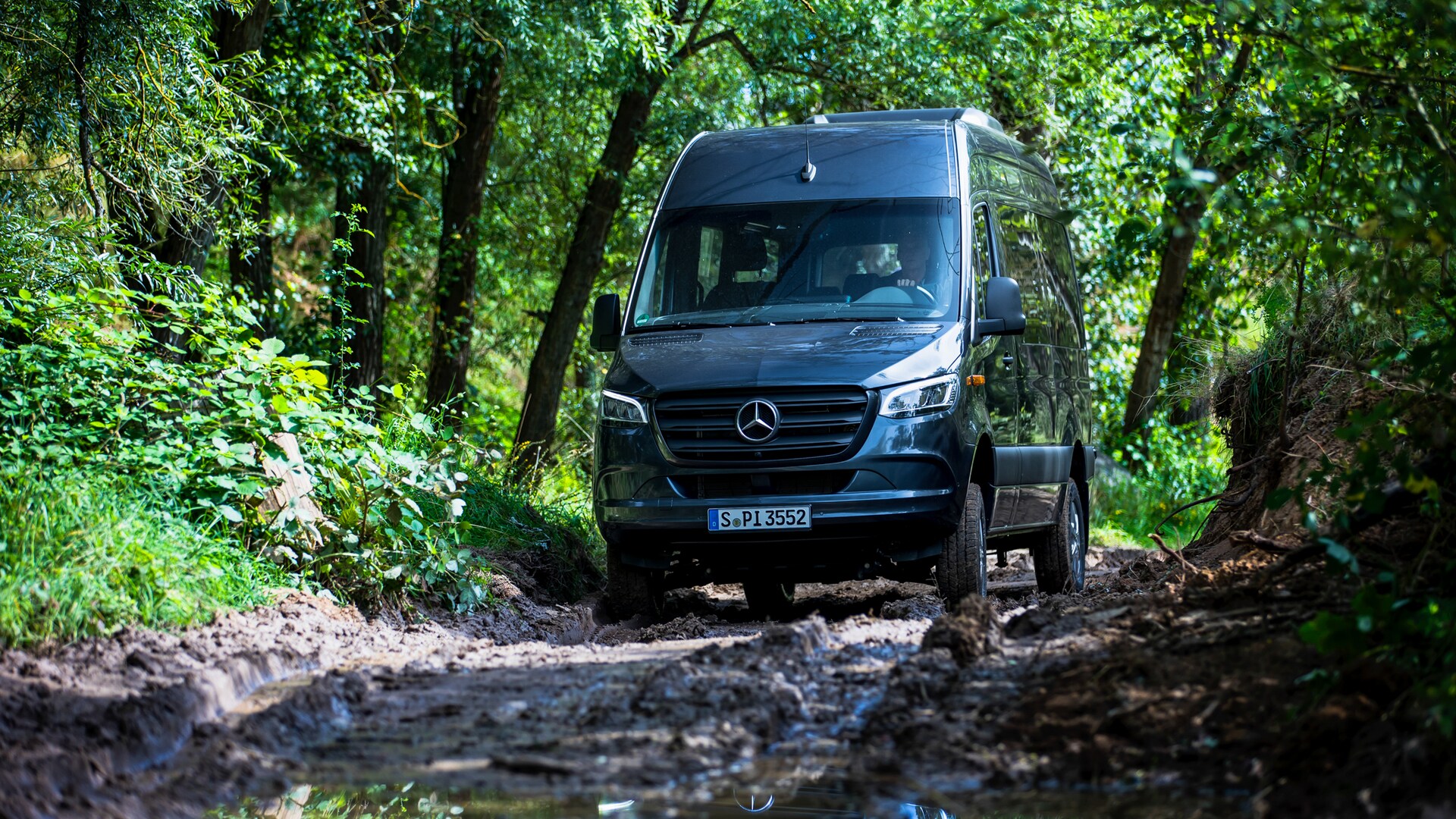 Due to the numerous variations and price points, the best Sprinter we can suggest is the one that fits your specific needs. However, we do recommend saving some money for the option packages that include the van’s available safety systems. We’d recommend the Driver Convenience package (blind-spot monitor, driver-attention monitor, power-folding exterior mirrors, etc.) and the Premium package that includes adaptive cruise control, lane-keeping assist, a 7.0-inch touchscreen, and more. 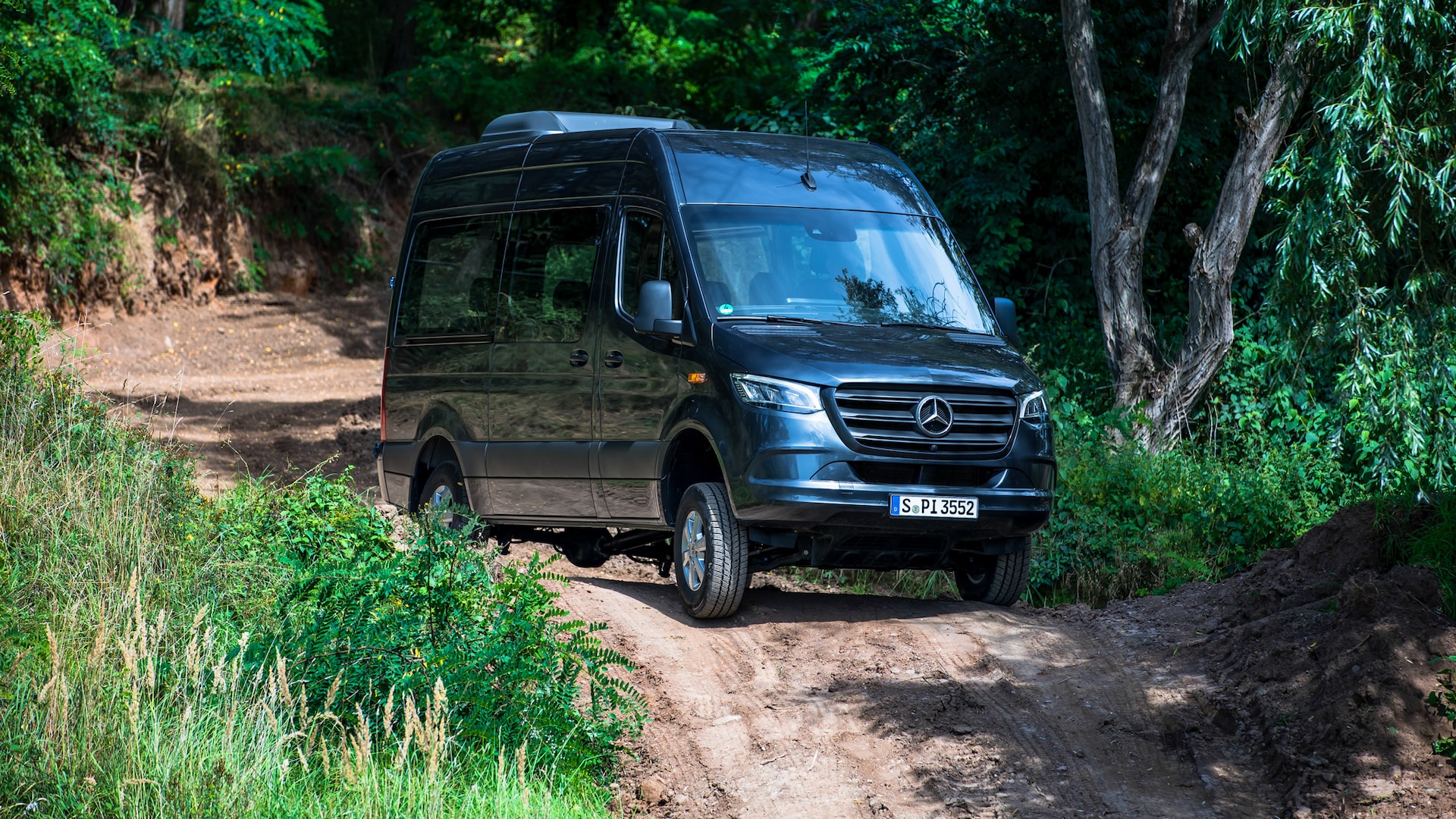