Mercedes-Benz has unveiled perhaps the coolest car in its history that is designed for public roads – it has received the name Mercedes-AMG ONE.

The Mercedes-AMG ONE was first talked about 5.5 years ago, when the Germans announced their desire to build a supercar with Formula 1 technology. And on June 1, 2022, this model was officially presented. And she really has a formula engine. More precisely, the formula power plant.

Its power is insane 1063 hp. (or 782 kW). Such a herd produces one internal combustion engine with a volume of only 1.6 liters and four electric motors at once. Two of them work in front of each of the wheels, one works together with a gasoline unit, and the fourth is connected to a turbocharger.

Of course, this is not a simple gasoline engine. This is a 1.6-liter V6, which does not have mechanical valve springs, but pneumatic ones. It is capable of spinning up to 11 thousand revolutions. It could have been more, but to save the resource, the turnover was limited. The engine power is 574 hp, but its specific power is more impressive – 359 hp. per liter! By the way, this motor is located in the middle in front of the rear axle. According to the engineers, this engine, which works together with a unique turbocharging system (the compressor is capable of spinning up to 100,000 rpm), instantly responds to pressing the gas pedal. Allegedly even better than the mighty gasoline V8 does. 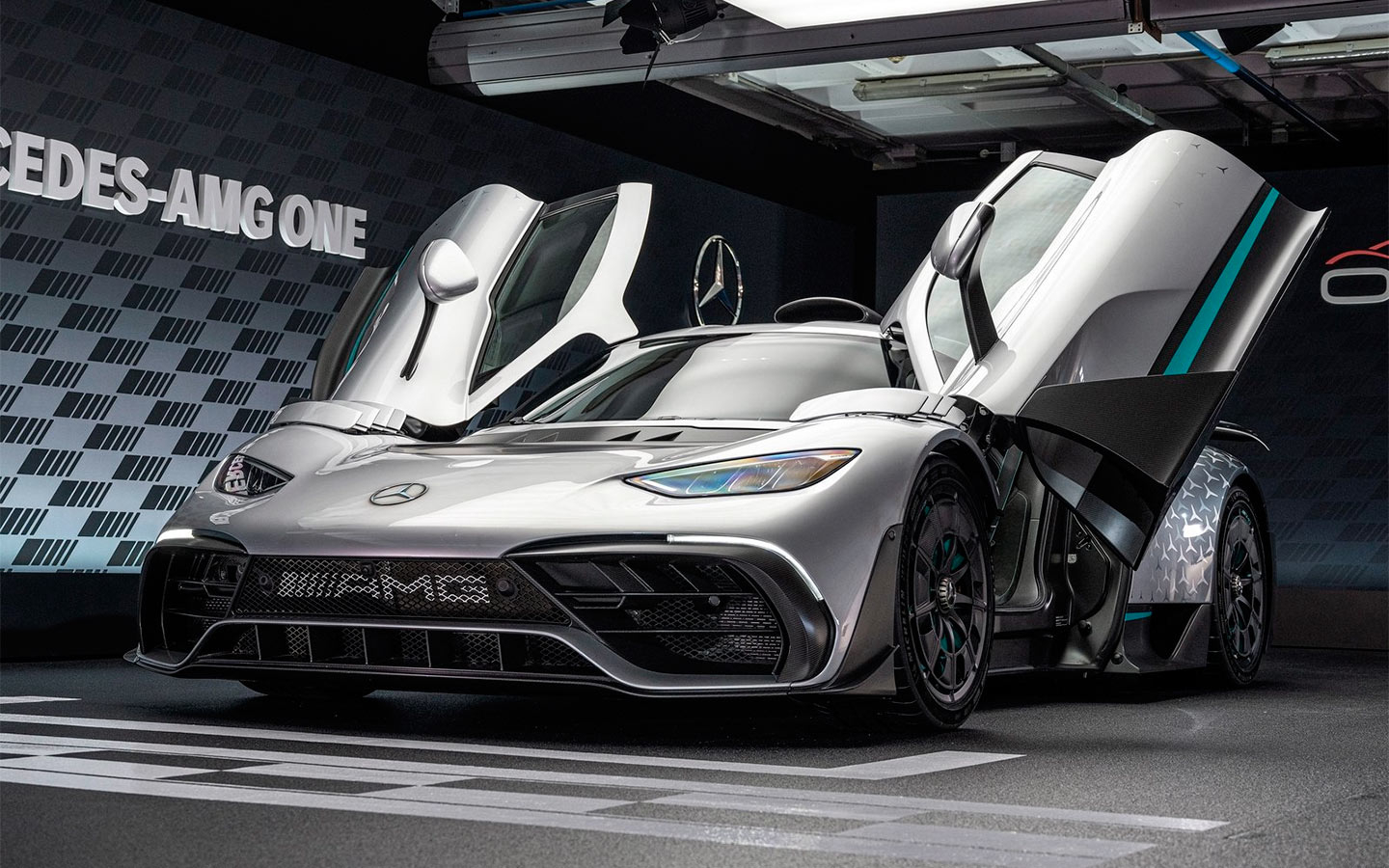 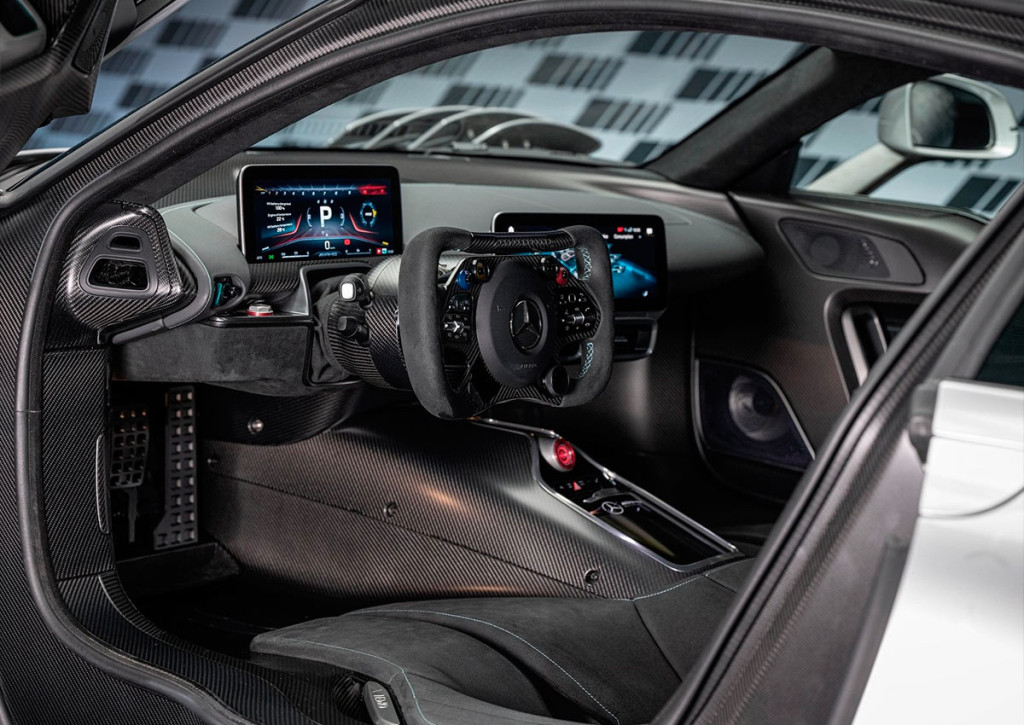 It is worth noting that this car uses batteries with a capacity of only 8.4 kWh, but it has a very sophisticated cooling system (also taken from the world of Formula 1) that keeps the batteries at a temperature of 45 degrees Celsius. 8.4 kWh is not the highest figure for the modern world, but about 18 km a supercar will be able to drive solely on electricity.

Interestingly, even the wheels and tires were designed specifically for the Mercedes-AMG ONE! The model is equipped with 10-spoke forged aluminum wheels with a central nut. The discs have a special aerodynamic shape. And on request, it will be possible to order 9-spoke magnesium wheels. At the front, the Mercedes-AMG ONE is fitted with 285/35 ZR 19 Michelin Pilot Sport Cup 2R M01 tires, which were developed specifically for the hypercar, and at the rear, 335/30 ZR 20. The exclusivity of the tires is reflected in the design of their sidewall, which includes the silhouette of the car and number 1.

We note another interesting feature: there is no familiar rear-view mirror in the cabin. Nothing would be visible through it anyway due to aerodynamic elements. Therefore, instead of a mirror, the Mercedes-AMG ONE has a screen that shows data from the rear view camera.

It is assumed that a total of 275 such machines will be made. The estimated price of each is $2 million. 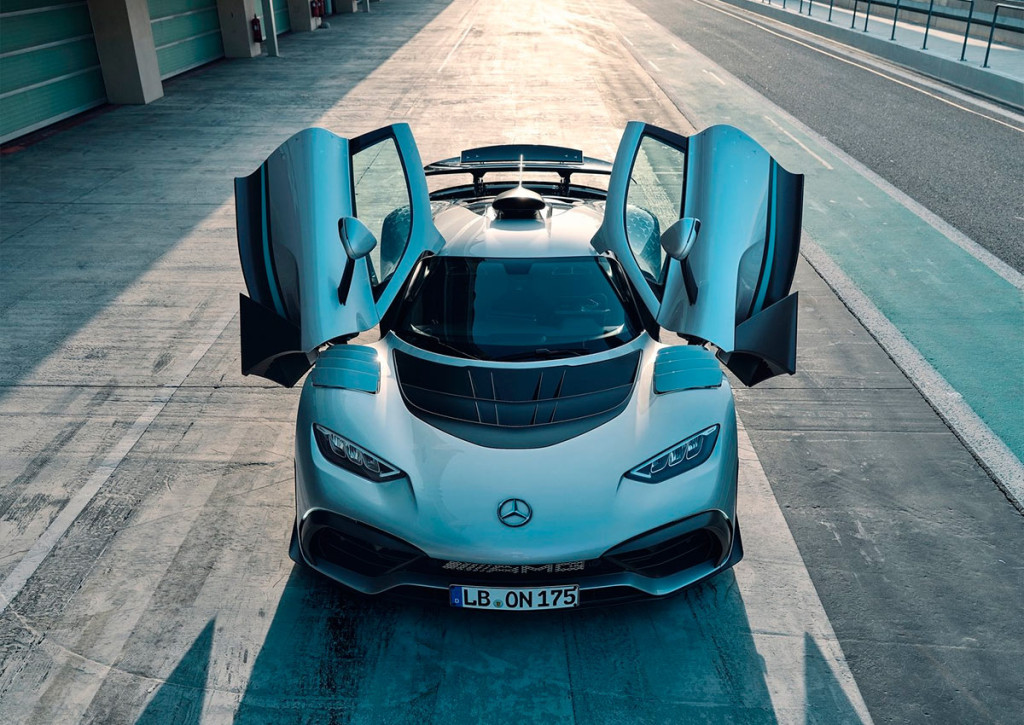 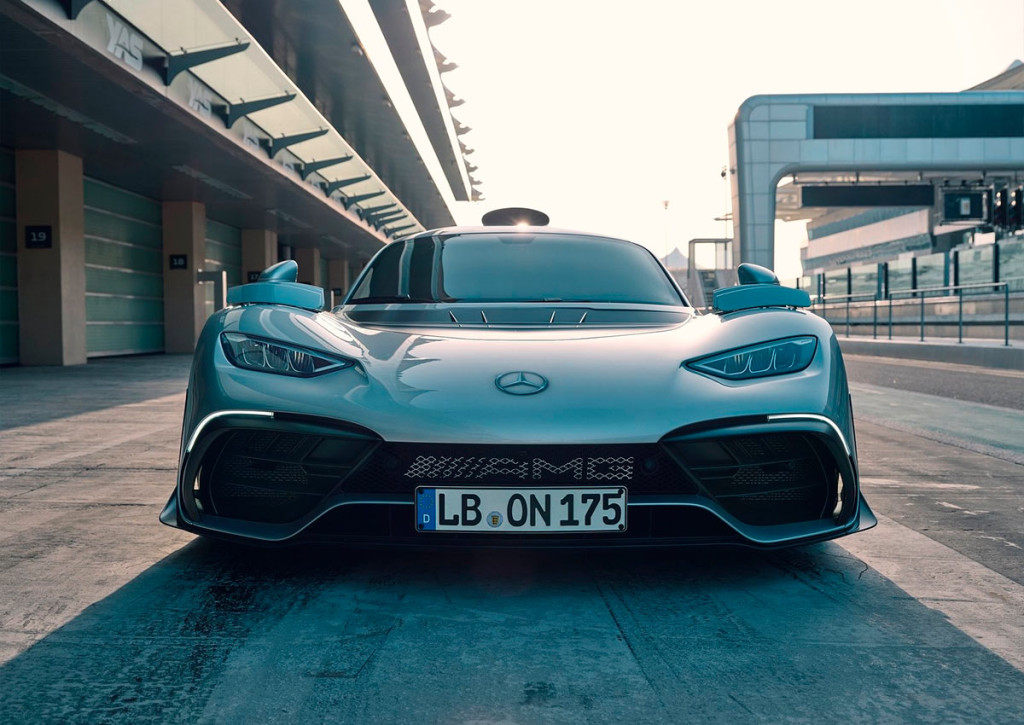 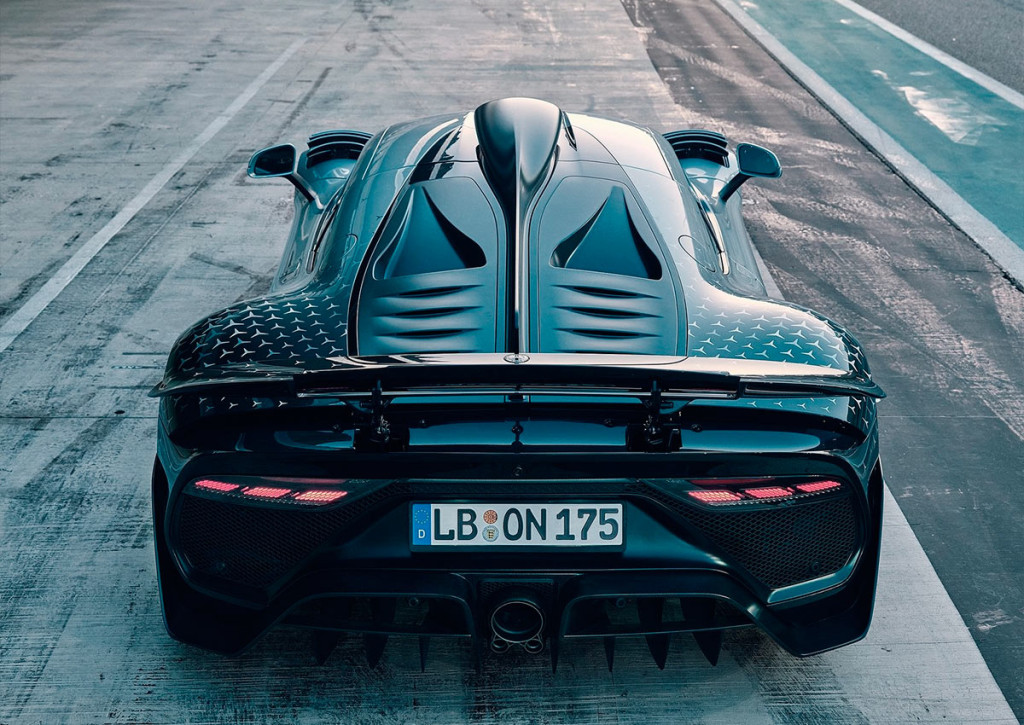