Hyundai has unveiled the Ioniq 6 sedan, which is the serial embodiment of the Prophecy concept. The Koreans themselves call the novelty Electrified Streamliner (electric streamliner) because of the streamlined body shape of the model. Thanks to this, the drag coefficient Cd was reduced to 0.21.

The car does not have a traditional grille, which suggests that the prototype is driven by an electric motor. The battery is located under the floor of the car. The technical details of the power plant of the machine are still kept secret. Hyundai promised to reveal them in the near future.

At the moment, it is known that the model is built on the E-GMP platform. The same chassis is used by the Hyundai Ioniq 5 and Genesis GV60. According to preliminary data, on a single charge, the car will be able to drive about 600 km (top versions). 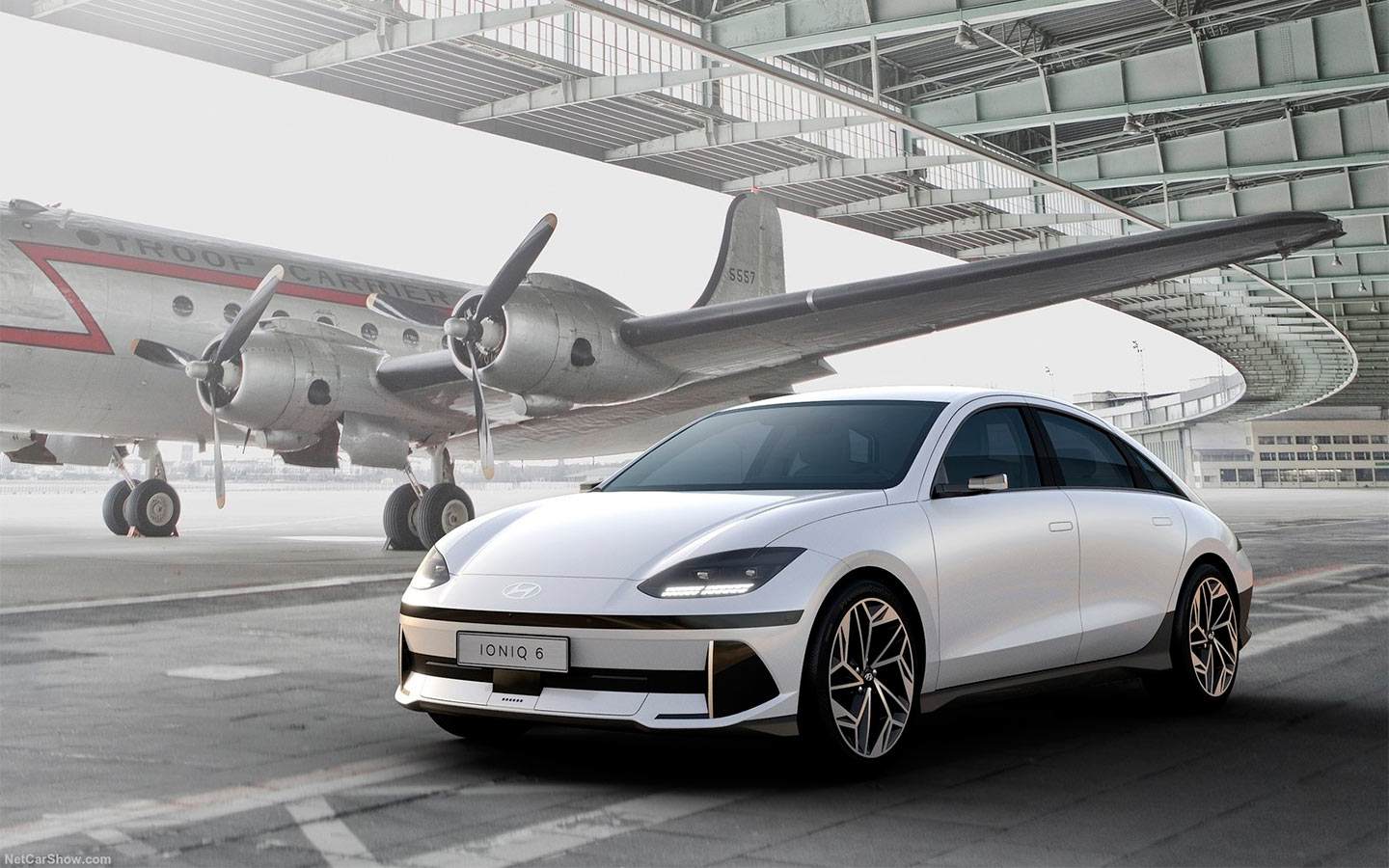 The sedan received a spoiler stern, pixelated lights, retractable door handles, and small cameras instead of traditional side mirrors. The image from them is displayed on special screens in the car. In addition to them, the four-door received two displays, which are combined into one block. The left one serves as a dashboard, and the right one is responsible for multimedia.

Also, the novelty does not have the usual power window buttons on the doors. The developers decided to move their central tunnel. In turn, the transmission selector of the car is located on the steering column.

In addition, Ioniq 6 was equipped with an atmospheric interior lighting system with 64 shades. The interior of the car will be finished using environmentally friendly materials (fabric and materials from recycled plastic and fishing nets). 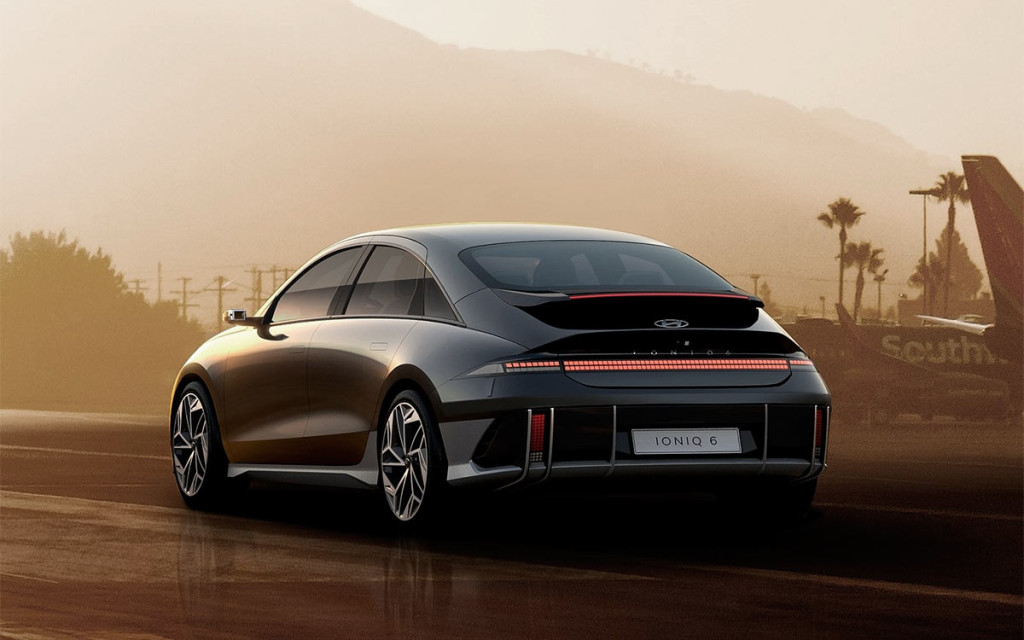 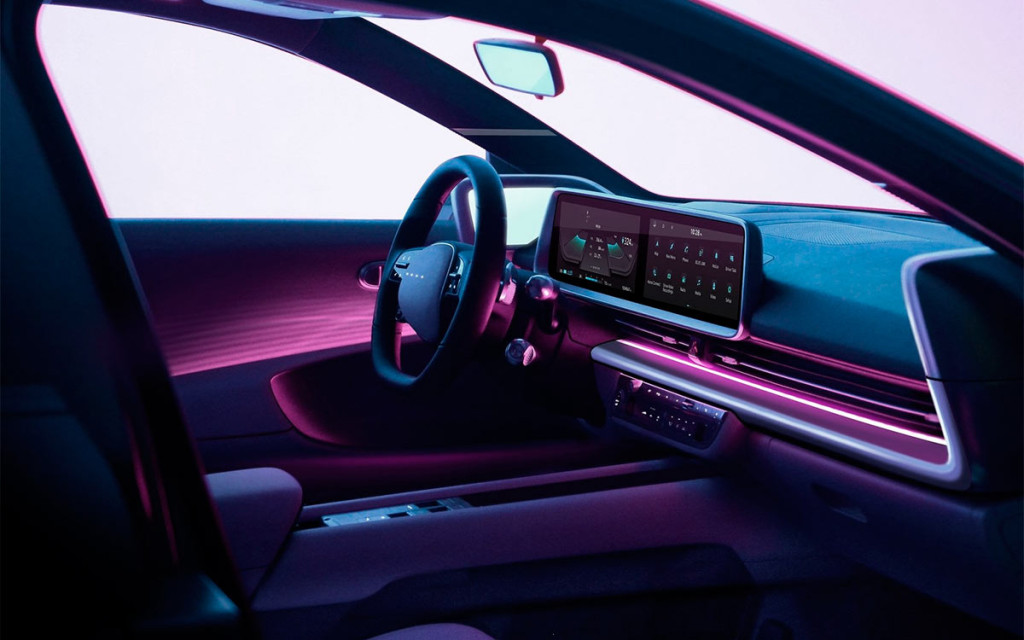