SVI Engineering showed a six-wheeled armored car based on the 70 series Toyota Land Cruiser SUV. The novelty under the index LC J79 was presented at the African Aerospace and Defense Exhibition.

The six-wheeled armored car received additional stability stabilizers and a reinforced suspension. The mass of the car is 5.5 tons. The car was equipped with steel plates. The car’s armor can withstand assault rifles and grenade attacks. Also, the car received a special system for intercepting drones. The complex was marked in the rear of the car body.

The technical characteristics of the machine have not changed. The armored car is equipped with a 4.5-liter diesel unit.

Earlier, the South African company SVI introduced an armored version of the popular Toyota Land Cruiser 79 Series SUV. The bulletproof vehicle has received a new name Max 3. All-round ballistic protection of the vehicle complies with the B6 standard. It provides resistance to shots from weapons of 7.62 mm caliber (for example, machine guns of the AK or AR-10 family). If desired, the car can be equipped with class B7 armor protection. In this case, the car will be able to withstand the hit of an armor-piercing bullet. However, in South Africa, only government agencies, military units or officially registered security companies can use such machines. 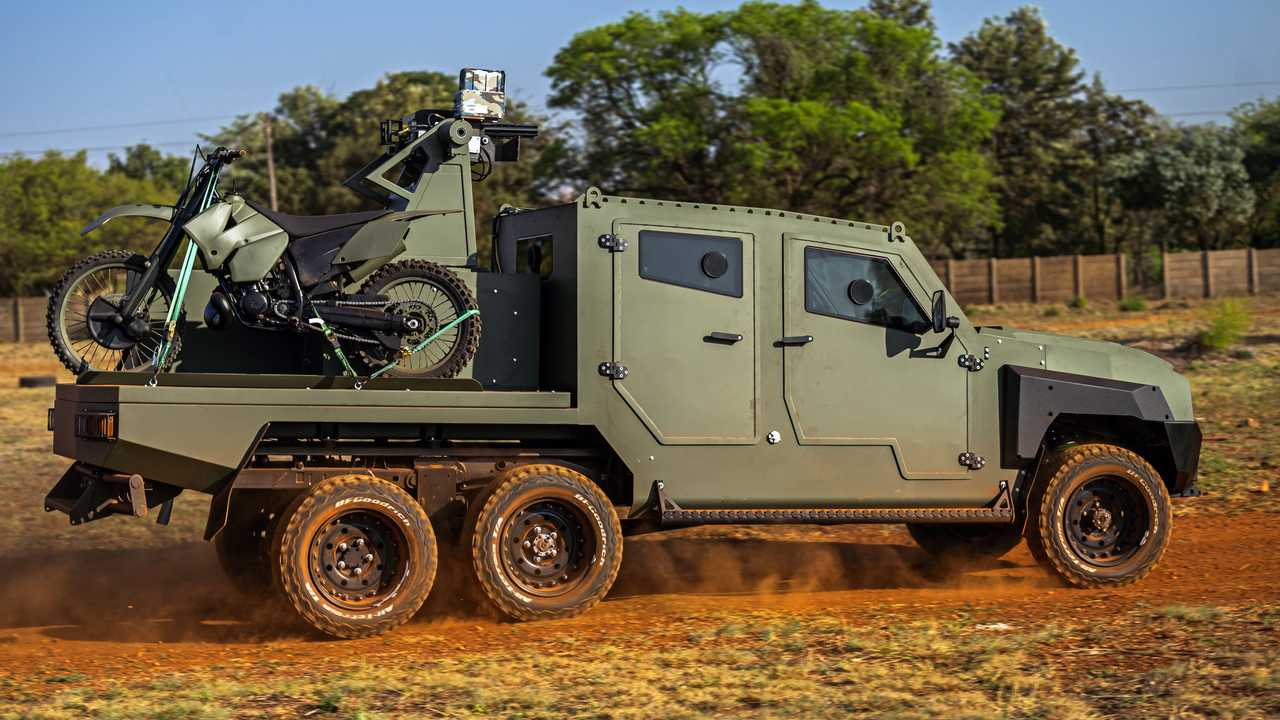