Almost 800 hp, high ground clearance and a large trunk. Porsche has unveiled the new Tyacan Cross Turismo, the fastest and most expensive production wagon in the world.

Porsche has produced perhaps one of the most unusual cars in its history. Even 10-15 years ago, it was difficult to imagine that the legendary manufacturer of sports cars could have an all-terrain vehicle, and even on electric traction. Nevertheless, already this year the Germans are launching a new “green” model Taycan Cross Turismo, which is able to work wonders on the race track and raise clouds of dust on a dead gravel road.

Fact 1. This is a Taycan capable of light off-road assault

The Germans began developing an electric sports car that is not afraid to get out of the smooth asphalt, even before the appearance of the usual serial “Taikan”. In March 2018, Porsche unveiled a concept car called the Mission E Cross Turismo at the Geneva Motor Show, which the developers described as “an electric vehicle with off-road capabilities, the Panamera Sport Turismo.” Already during the premiere, the company announced that the concept car is a serious candidate for mass production, and just six months later the project was officially given the green light.

The Taycan Cross Turismo has passed a series of difficult tests. 7 months before the appearance of the first working prototype of the production model, engineers created a computer model, which passed through the virtual Nurburgring about 10 million km in order to optimize the energy management system. Then came the time for field tests: Cross Turismo “drove” both on various high-speed tracks and on broken mountain roads in the Pyrenees in the south of France. In addition, the station wagon underwent a series of severe tests at the test site in Weissach, Germany, on a track simulating a dirt road in the African savannah.

To adapt the Cross Turismo to off-roading, the engineers re-tuned the suspension, increasing ground clearance by 20 mm over the standard four-door electric car – up to 150 mm in the standard position. The basic equipment of all versions includes a three-chamber air suspension with an electro-hydraulic Smatlift system, which automatically lifts the car in front of uneven ground. Plus, in the “brains” of the electric car, an additional off-road mechatronics algorithm called “Gravel” was programmed, which the usual “Taikan” does not have. Finally, an optional Off-Road Design package will be available for an additional fee, providing an increase in ground clearance by another 30 millimeters, as well as wheel arch extensions and additional body protectors.

Fact 2. He has supercar dynamics

Technically, the novelty is identical to the standard “Taikan”. The Cross Turismo station wagon, depending on the modification, is equipped with one or two electric motors transmitting traction to all four wheels, as well as a two-stage gearbox on the rear axle. The electrical system operates at 800 volts, which is double that of most modern electric vehicles. A 93.4 kWh battery pack with 396 cells, depending on the power of the power plant, allows you to travel from 388 to 456 kilometers without recharging.

The unit of the basic version (4 Cross Turismo) produces 380 hp, and its output in the Overboost mode and the function of the fast start Launch Control rises to 476 horsepower. Such a station wagon is capable of gaining the first “hundred” in 5.1 seconds, and its maximum speed is 220 km per hour. Next are the 4S and Turbo variants with 490 hp power plants. (571 hp – with Overboost) and 625 hp. (680 hp – with Overboost), which can accelerate from standstill to 100 km / h in 4.1 seconds. and 3.3 sec. respectively.

At the top of the line is the Turbo S modification, whose units are capable of delivering up to 761 horsepower at their peak. Such a car is equipped by default with a fully steerable chassis, where the rear wheels can turn at a slight angle, increasing maneuverability at low speeds and stability at high speeds. The top-end Taycan Cross Turismo overcomes the 100 km / h milestone in 2.9 seconds. (only 0.1 slower than the liftback), and its maximum speed is forcibly limited to 250 km per hour.

Even at the development stage, Porsche noted that the Cross Turismo should come out of 8 minutes. on the 20.9-kilometer North Loop of the Nurburgring. Shortly before the premiere, the cross-wagon was tested by ex-Formula 1 driver and FIA WEC endurance champion Mark Webber, who said that “this beauty drives like a real Porsche, feels like a Porsche, and even smells like a Porsche.” The famous racer and ambassador of the German brand also noted that the Cross Turismo is the perfect car for both the crashed Australian lane and the German Autobahn.

Fact 3. He has a large trunk and a lot of space in the cabin

The interior architecture of the novelty almost completely repeats the standard Taycan, but the Cross-version has its own unique “trick”. A built-in compass has appeared on the front of the car, hinting at the desire to go wherever they look. Thanks to the modified rear part of the body, the free space in the area of ​​the legs and heads of passengers in the second row has significantly increased. The luggage compartment volume was 446 liters, and with the seats folded down, the free space rises to 1200 liters. In addition, the roof rails provide for the installation of an aerodynamic wardrobe trunk, the installation of which should not adversely affect the electric car’s range.

Plus, the Germans have developed a special platform for transporting bicycles for the Taycan Cross Turismo, where you can mount from one to three different types of bikes. It is made in such a way that the tailgate can be freely opened and closed without the need to remove the structure.

European sales of the electric cross-station wagon will start next summer. For example, in Germany, a basic car will cost at least 93.6 thousand euros, and the cost of the top version, taking into account the options, can reach an incredible 200 thousand euros. From this we can conclude that the new Porsche Taycan Cross Turismo will become the most expensive production station wagon in the world. 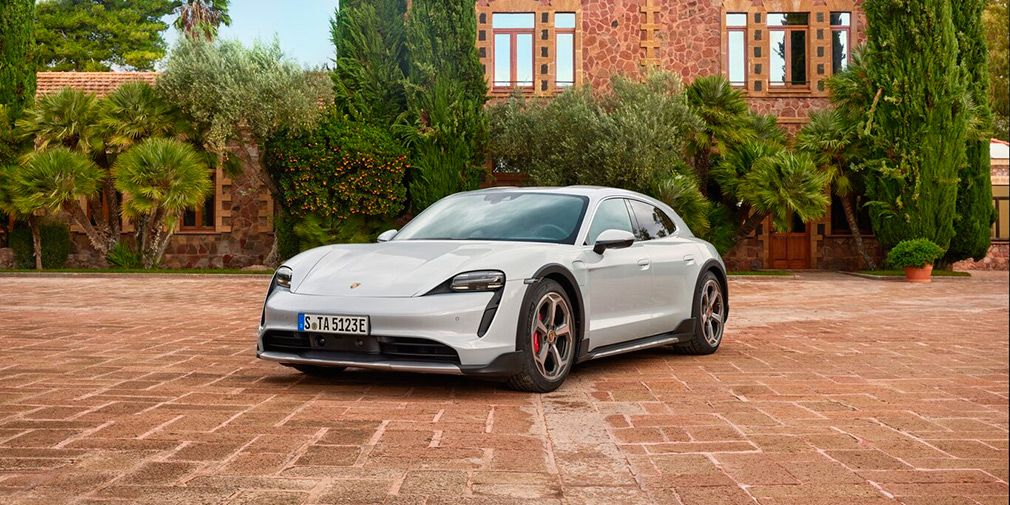 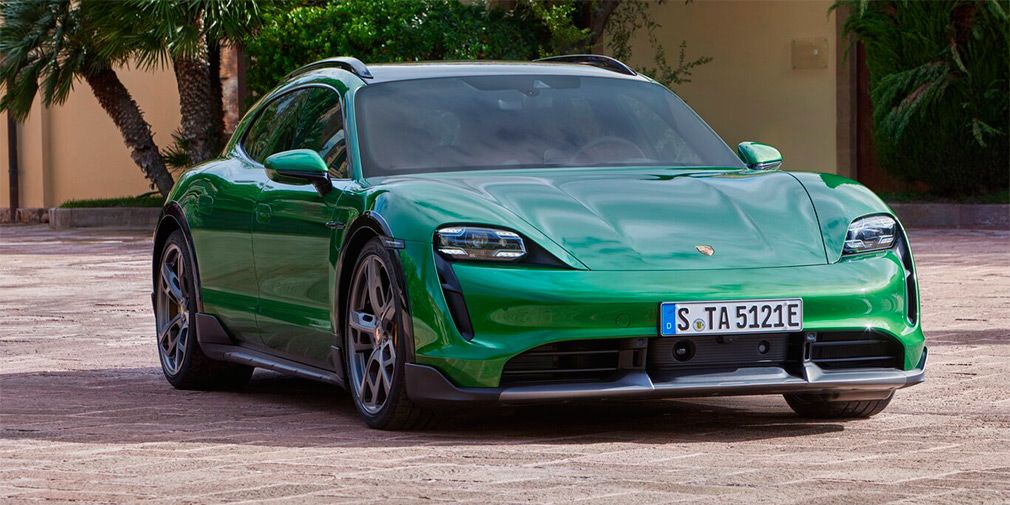 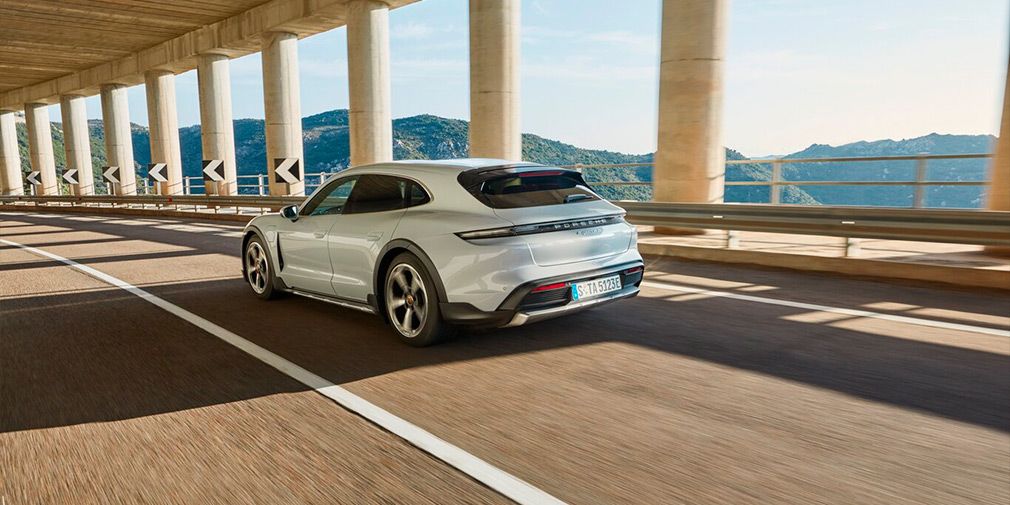 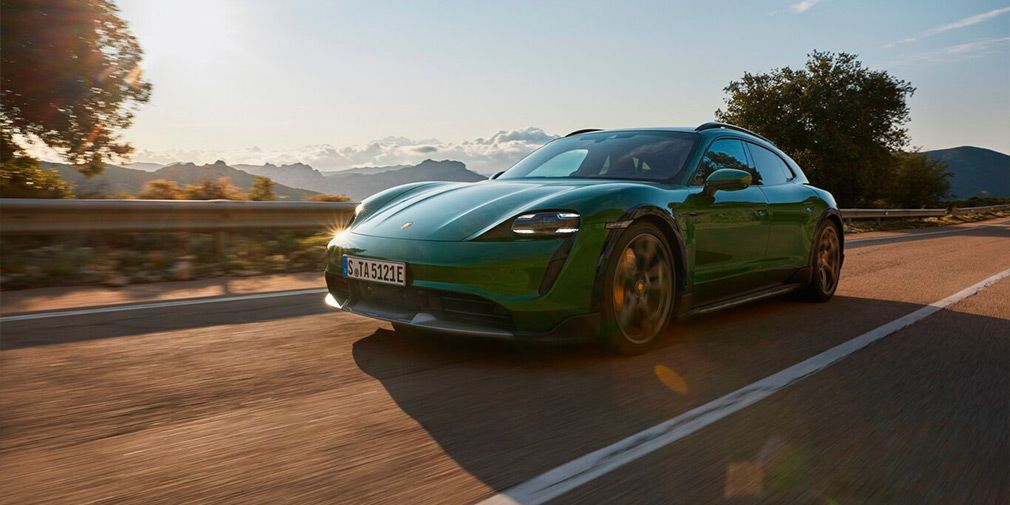 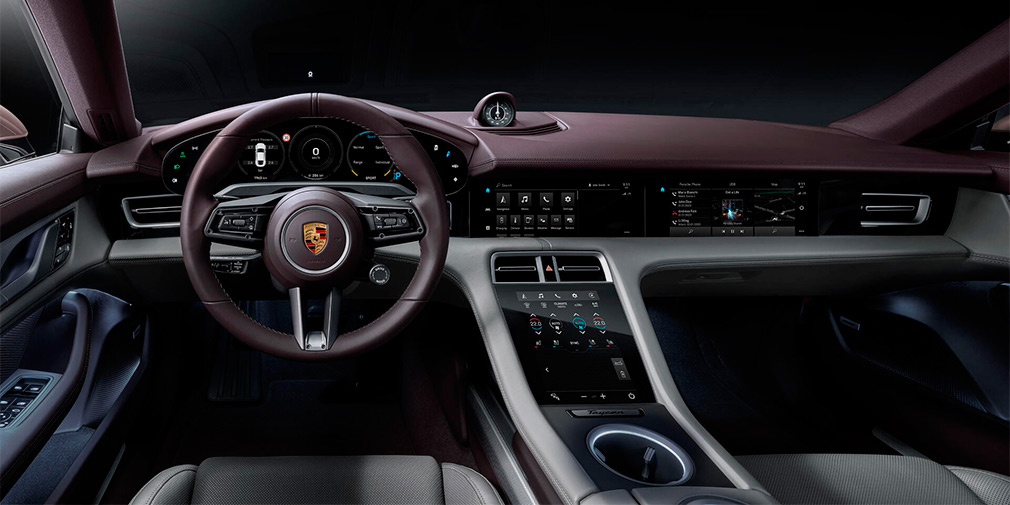 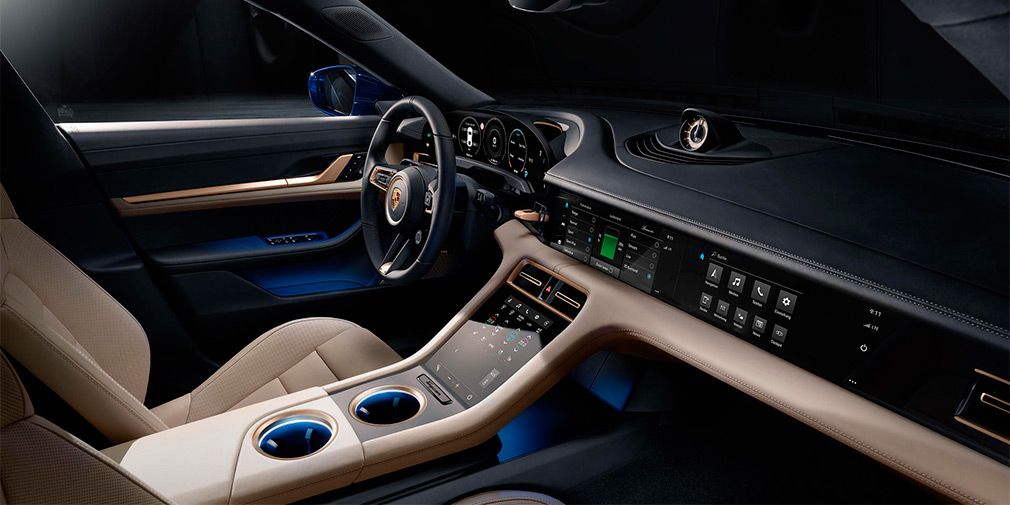