Porsche considered alternative body shapes to the classic five-door SUV for the Cayenne early on. Shortly after the launch of the first-generation model in December 2002, three additional variants came in for consideration: a coupé, a version stretched by 20 centimetres and with an additional row of seats, and a convertible.

Surprisingly, what might have appeared the least conventional option, a Cayenne-based convertible approximately 4.8-metres long, was not immediately discarded, but actually built. Today, there is still a single example of the open-top Cayenne kept in storage at the Porsche Museum. It is not a roadgoing prototype, however, but what is known as a Package Function Model – or PFM for short. The designers had the roof removed, but dispensed with the body-stiffening measures necessary for a convertible. Incapable of providing a safe and stable drive, the vehicle is transported to its destination when required. Test drives were never planned, as the convertible PFM was only built to assess four criteria. 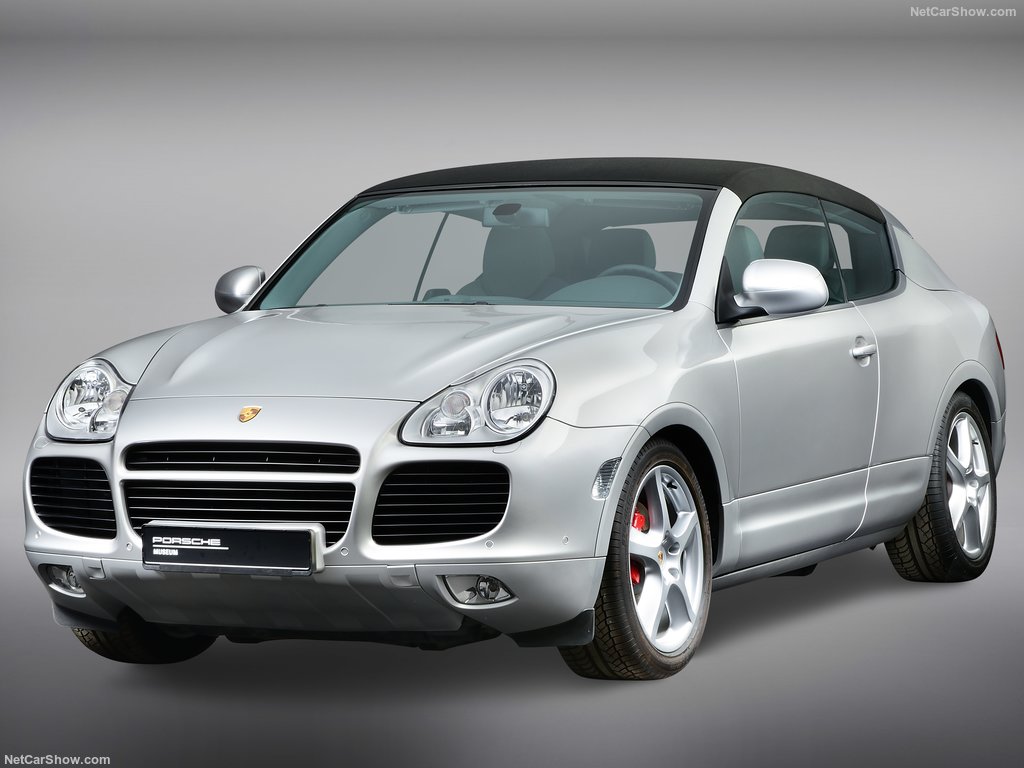 Is the seating comfortable throughout the vehicle when the roof tapers in a more coupé-like way towards the rear and when the windscreen and A-pillars are shortened? How practical is the Cayenne as a two-door model with doors which are 20 cm longer? Is it possible to accommodate an elegant, high-quality soft top that can also be folded quickly? And how should the rear end be designed? There was still disagreement on the final issue in 2002, and two different rear sections were designed for the Package Function Model. The left-hand tail light was set low on the rear of the car, while the right-hand one was noticeably higher.

Convertible top mechanism as on the current 911 Targa

Had the car reached production, a single rear design would of course have been settled on in the end, and the technical issues would undoubtedly have been resolved. A now-familiar soft-top mechanism was envisaged: the luggage compartment lid of the Cayenne-PFM was attached at the front and rear, allowing it to be opened in both directions. The roof would travel over the fixed roll-over bar and be ‘swallowed’ in the rear by the luggage compartment lid, which opened in the opposite direction, folding in a z-pattern. It has worked in a very similar way to this on the Porsche 911 Targa since the 991-generation model. The mechanism never got past the computer simulation stage for the Cayenne convertible, however, and was never fully constructed. Today, the fabric top is stowed in the luggage compartment of the museum piece and must be fitted manually if required.

While the coupé idea of 2002 was later taken up again and implemented in 2019 in a successful production model, Porsche did not pursue the convertible idea further. Forecasts regarding profitability were not particularly promising and doubts remained as to whether the car would look as appealing as a Porsche should. “An SUV as a convertible is a challenge both aesthetically and formally,” says Michael Mauer, who was not yet in office in 2002, looking at the concept today. “An SUV always has a large and heavy body. You combine this with a small top half and then cut off the roof – you get very strange shapes emerging from that.” 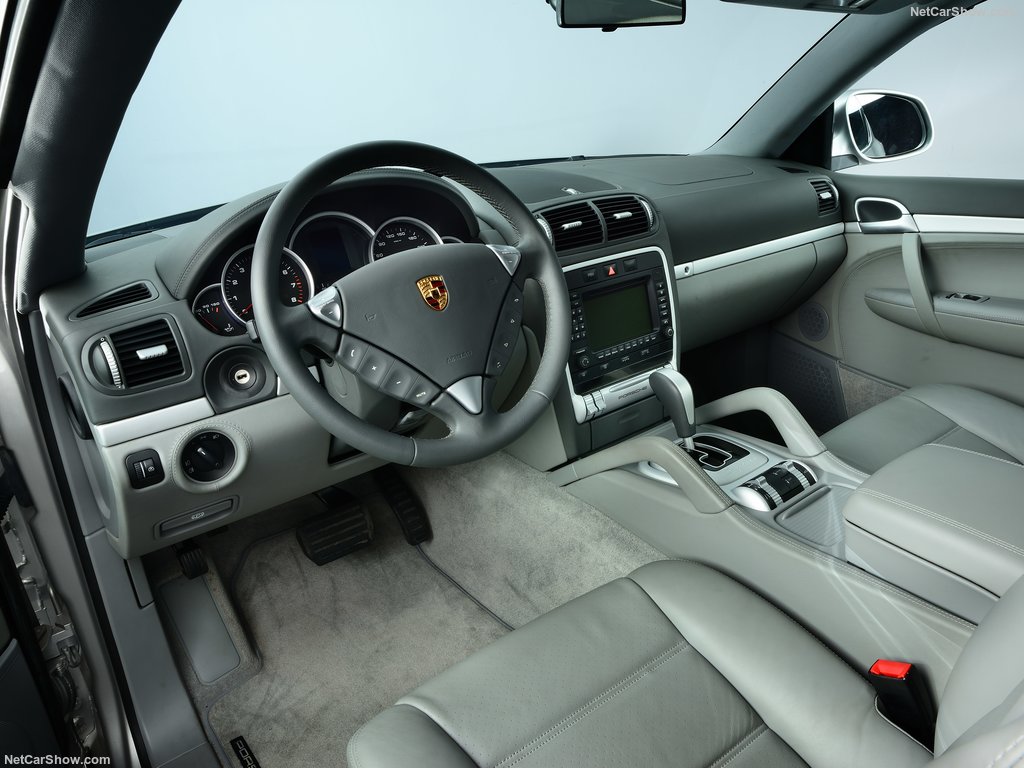 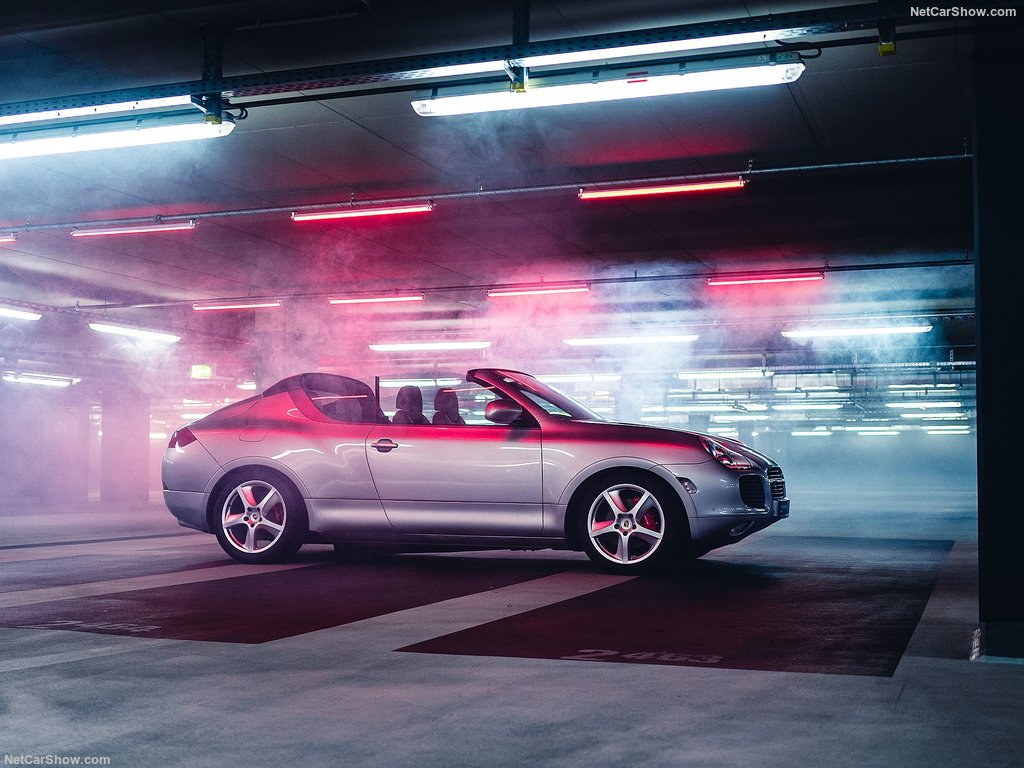