In mid-February, the Japanese presented a new 4th generation Mitsubishi Outlander crossover. Externally, the new body of the Mitsubishi Outlander 2023 has become noticeably larger and more solid than its predecessor. The design of the car, although made in the current corporate style “Dynamic Front Shield”, has nothing in common with the car of the previous generation. Here is a massive front end with head optics registered in the front bumper and narrow DRL strips at the level of the hood.

The car has a flat roof with a small spoiler-visor, unusual stampings on the sidewalls, the shape of the windows in the rear pillars has completely changed, as well as the design of the stern with original narrow horizontal lights. The maximum available wheel diameter is 20 inches, the palette of available shades includes eight colors. 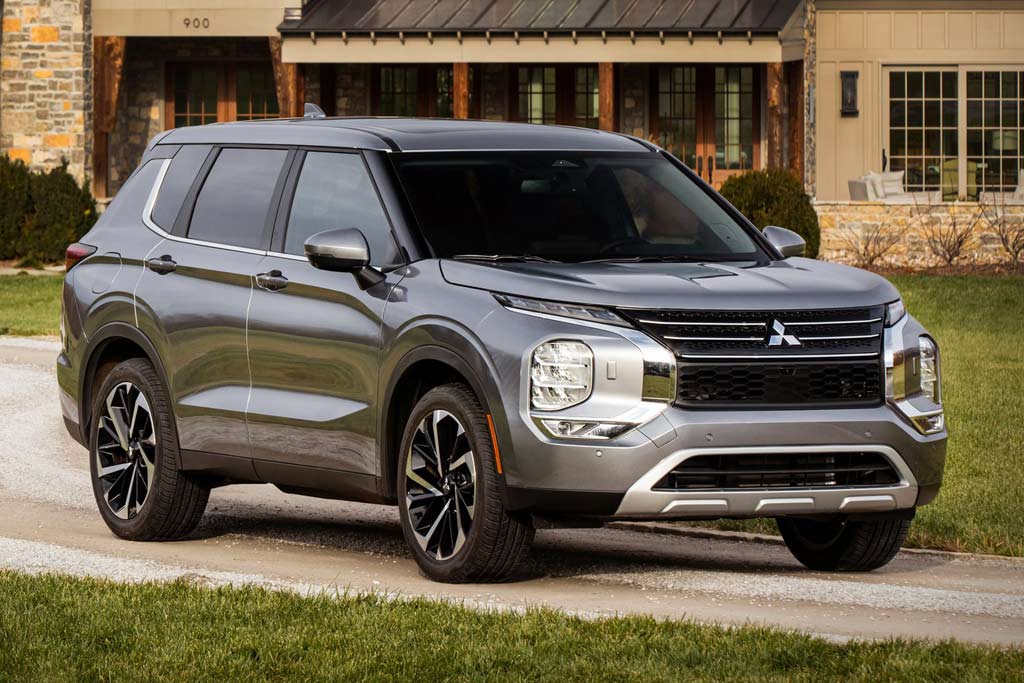 The interior of the new Mitsubishi Outlander 2023 has also been completely transformed, and the company emphasizes the use of higher quality materials in the decoration. The front panel draws attention to the horizontal section with integrated air ducts, a 9.0-inch tablet-shaped multimedia system screen with analog knobs and a traditional climate control unit.

Basic tidy comes with analog scales, and expensive equipment boasts a 12.3″ electronic instrument panel. Also, a 10.8-inch projection display was prepared for the model, plus the equipment of the top versions includes three-zone climate control, semi-aniline leather seat upholstery with diamond-shaped stitching and a Bose audio system with ten speakers. 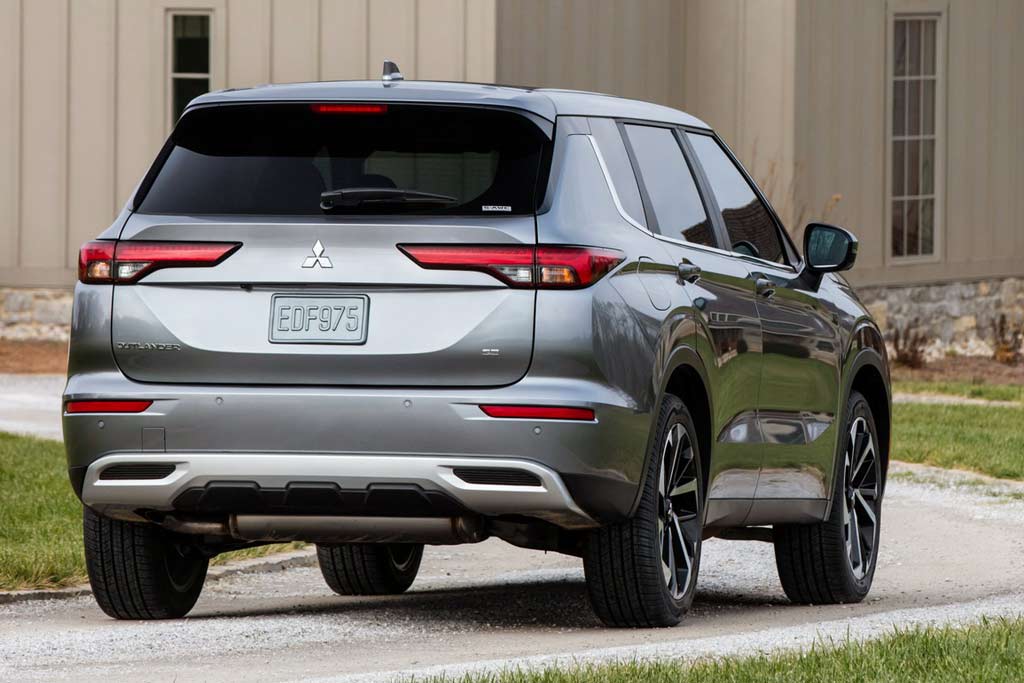 On North American-spec machines, the 2023 Mitsubishi Outlander comes with a third-row seat by default, although it will likely be offered as an option in other markets. At the same time, the middle row comes with longitudinal adjustment and a backrest division in the ratio of 40:20:40. Plus, overseas, side airbags and a central airbag between the front seats are already in the database, designed to protect the driver and front passenger from hitting each other.

The SUV was based on the CMF-C/D platform of the Renault-Nissan alliance with a rear multi-link suspension and a similar power structure of the body with a high proportion of ultra-high-strength steels.

Under the hood there is a 2.5-liter gasoline aspirated engine with a capacity of 184 hp. (245 Nm), which is paired with a Jatco CVT with eight virtual gears. The drive can be front or full – with a clutch on the rear axle. 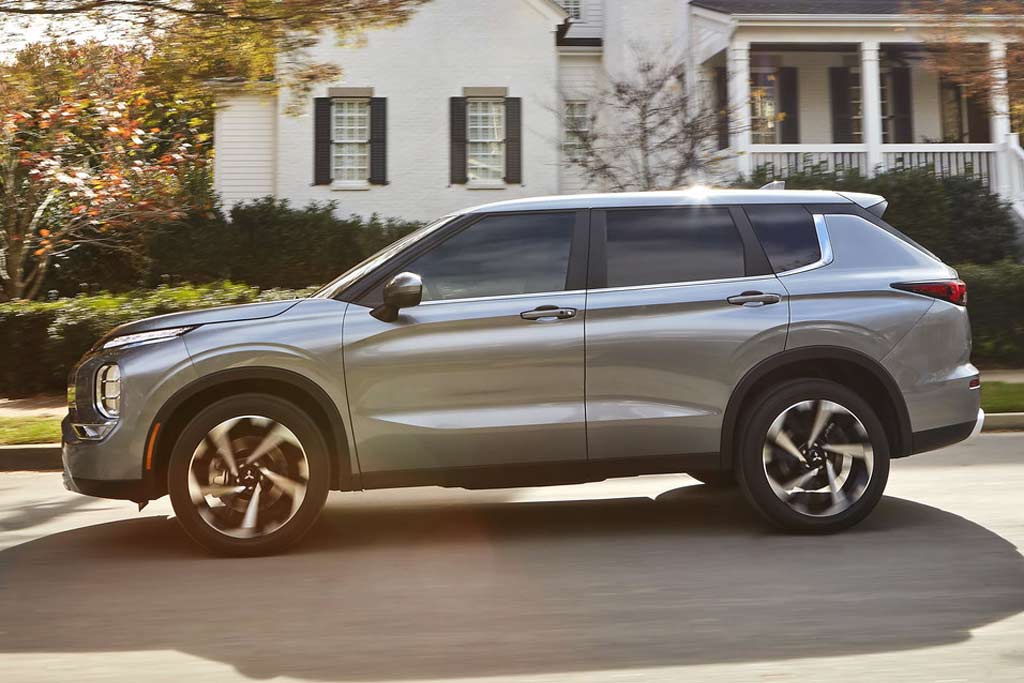 Although the latter has the brand name S-AWC (Super All-Wheel Control), in fact, technically the entire car is unified with the previously presented Nissan Rouge 3 (X-Trail is sold under this name in the States).

It is reported that Mitsubishi engineers nevertheless made some changes to the chassis settings, and also prepared the Brake AYC (Active Yaw Control) electronic system for the model, which, using standard brakes, allows you to control the thrust vector (it works even on front-wheel drive).

On the central tunnel of the crossover there is a washer for switching driving modes: Eco, Normal, Tarmac (sports), Gravel, Snow and Mud (only for AWD).

Mitsubishi Outlander 2023 also received MI-Pilot Assist adaptive cruise control with the function of keeping the car in the occupied lane, but in fact this is an analogue of the Nissan ProPilot system. In the future, the SUV will acquire a hybrid modification of the PHEV, which then, in turn, will be available for the platform X-trail. 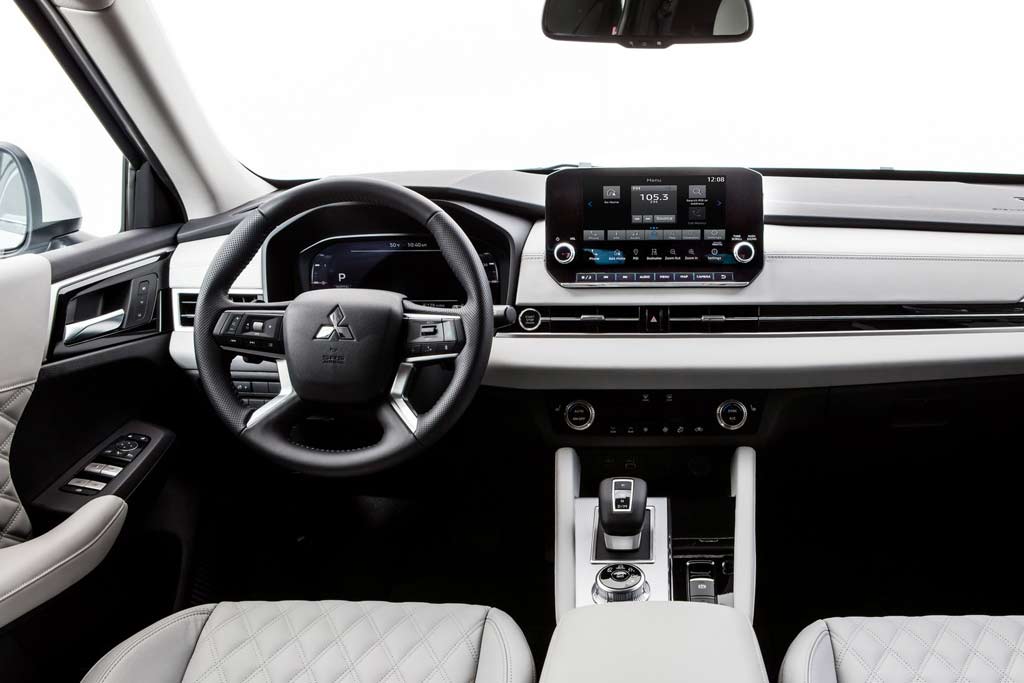 Exact configurations and prices for the 4th generation Mitsubishi Oulander have not yet been announced. It is only known that in the database the cost of a car in the US starts at $25,795 (excluding delivery to the dealer).

Japan’s Car of the Year Award