A Maybach is already considered a special luxury vehicle, but the Haute Voiture turns the Mercedes-Maybach S 680 into a curated fashion piece of a car.

When someone sees another in a Maybach, images of high-class living instantly spring to their minds. Well, for those who want to live in a sophisticated, even higher level of culture, that standard S-Class Maybach just isn’t curated enough. What the fashionistas want is nothing short of an art piece in the shape of a S 680 and that’s exactly what the Haute Voiture (High Car). You’re also able to buy one of the less than 200 pieces being sold along with baggage that matches the interior’s custom craftsmanship. Back in may, Mercedes-Maybach showed off an S-Class like no other called the Haute Voiture. It was a mix of Haute Couture-meaning “High Sewing,” the custom-fitted clothing of high extravagance you only see at fashion shows and red carpet events-and custom vehicle design.

In fact, the debut of the limited production version of the S-Class took place during a fashion show that was hosted by Rayan Al Sulaimani, couture designer of Atelier Zuhra in Dubai. That custom fashion house was originally started by her mother, Mousa Al Awfi, who named the brand after her mother, the one who introduced Al Awfi to the world of couture when she was only a child. What luck. The exterior of the Haute Voiture S 680 immediately gives you that sense of custom, high-fashion design with its nautical blue and rose gold two-tone paint job. The wheels are shot in a matching nautical blue color while an animated Mercedes-Benz or Mercedes-Maybach pattern greets occupants who enter the front or rear doors.

You’ll see some of this two-tone influence on the inside of the Mercedes-Maybach S 680 Haute Voiture, as it’s made with maximal luxury and exquisite fabrics including bouclé, a yarn made of looped fibers in a tasteful mixture of blue, beige, and gold weaved panels along with intricate rose gold trim details. 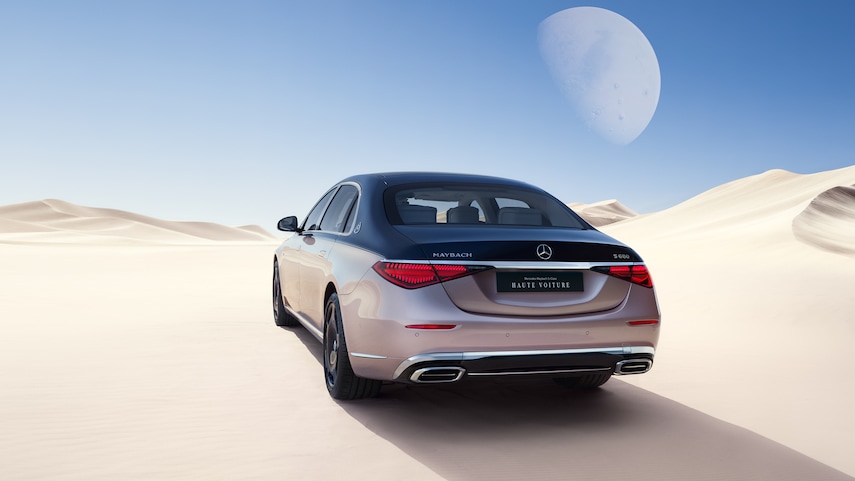 Further contrast features include crystal and glossy opal white trim. Crystal white leather upholstery wraps much of the interior while the floor mats are made of linen and mohair-a fiber made from the hairs of the Angora goat. The console’s surfaces are separated by blue tone leather piping for a distinct contrast while champagne glasses with rose gold colored flutes can be found in the rear seat console.

The virtual experience provided by the custom MBUX infotainment system gives owners the feeling of being on the walk of a glamor show with sparkling glitter clouds and accents in rose gold. The driver is also greeted by a magnolia blossom with sparkling particles on the profile selection menu. They can even have one of 12 avatars that represent them wearing fine accessories with elegant dressing like a dinner jacket, tailcoat, or evening gown. 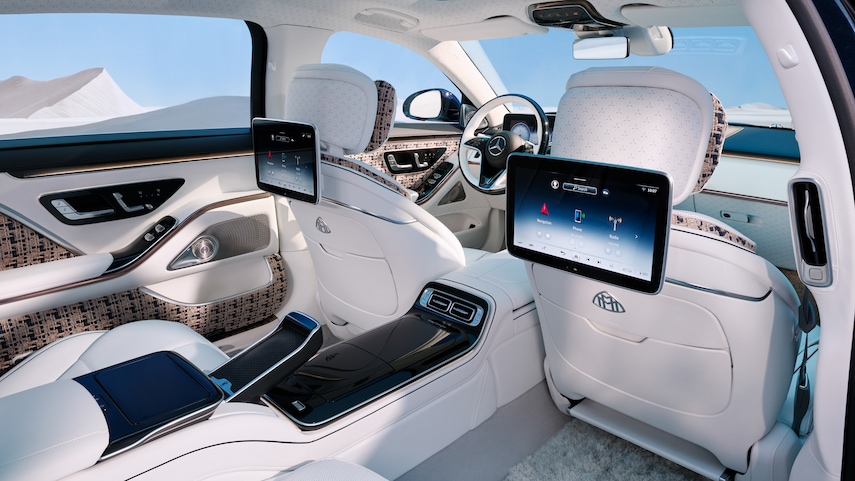 Making the experience as unique as the haute couture and limited, numbered artworks it’s emulating, the Haute Voiture features a badge on the center console that outlines its serial number of the 150 vehicles built. Further, the purchase is accompanied by a hand-made gift box with its badge number, a scaled model, and unique key ring. To protect the exterior of this very special car, a unique custom cover with the “Maybach” and “Haute Voiture” logos will also be gifted to its owners.

If that’s not enough, in line with its haute couture looks, Mercedes-Maybach customers will be able to purchase a limited run of bags that match the vehicle’s interior design and detailed craftsmanship. You’ll find that collection at Maybach Icons of Luxury stores, both brick-and-mortar and online. Both will be available for purchase in early 2023. 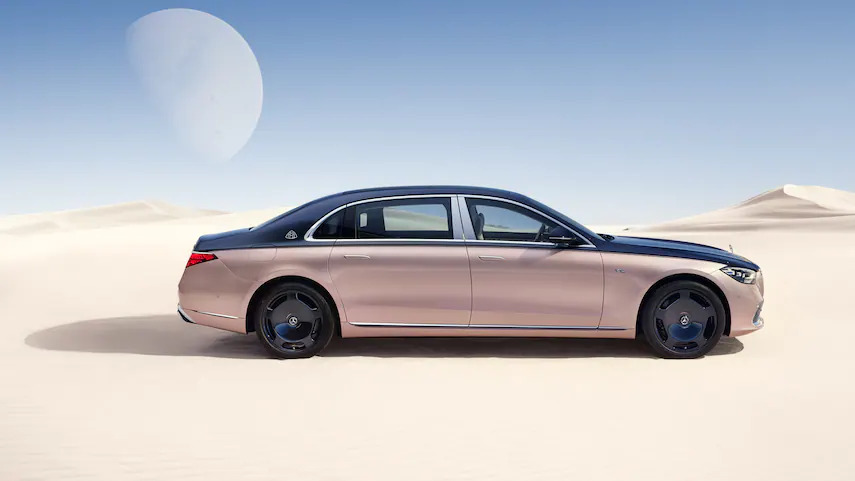 Unique custom Chevrolet Corvette to be auctioned off