The Mercedes-Benz 300 SLR is a colourful exception in the racing history of the brand. It is based partly on the technology of the successful Grand Prix car, but also has the body of a road racer. It secured major victories for the brand in 1955 and did its part to establish its fame.

The Mercedes-Benz 300 SLR was planned for the 1954 season, and the company already had entered it in the Le Mans 24-hour race, but then withdrew it at short notice – the car wasn’t ready yet. As late as September 1954 a prototype hit the track in Monza for a couple of test laps, with a dry weight of 860 kilograms including two spare wheels in its luggage compartment. Even Rome wasn’t built in a day, and the silver racing roadster was a premium product – as robust as a tank but as agile as a jungle cat, as eloquent Mercedes-Benz 300 SLR driver John Fitch put it in his autobiography, Racing with Mercedes. Its internal designation W 196 S already indicated its close family relationship with the contemporary Grand Prix Silver Arrows, upon which it was indeed modelled in most respects. Its 2982 cc engine, with two millimetres more bore and a stroke increased by 9.2 millimetres, was the most powerful version of the W 196 R’s eight-cylinder in-line unit and delivered 296 hp (218 kW) at 7400 rpm. The recommended engine speed, output and tank size changed according to the characteristics of the forthcoming race, from a sprint event such as the Eifel race on the Nürburgring over 228.1 kilometres to a marathon like Le Mans. As of yore forty years earlier, the basic concept of a one-piece unit combining the head and the cylinders was left untouched, the two cylinder blocks with four combustion units each being made of silumin, a lightweight high-strength aluminium alloy, instead of steel, unlike the W 196 R’s engine. At a ready-for-installation weight of 235 kilograms, this engine sported surprising stamina. One specimen was tortured on the dynamometer at racing revs for 9800 kilometres plus another 32 hours. Only its oil rings were exchanged after 5945 kilometres. Canted to the right at an angle of 57 degrees, it was installed into the SLR chassis four degrees closer to the horizontal than in the W 196 R’s, though ground clearance was a great deal higher than the single-seater’s, in view of the gruelling circuits on public roads that were part of the championship cycle. It was fuelled by a mixture of 75 percent commercial petrol, 15 percent methanol and ten percent benzene. 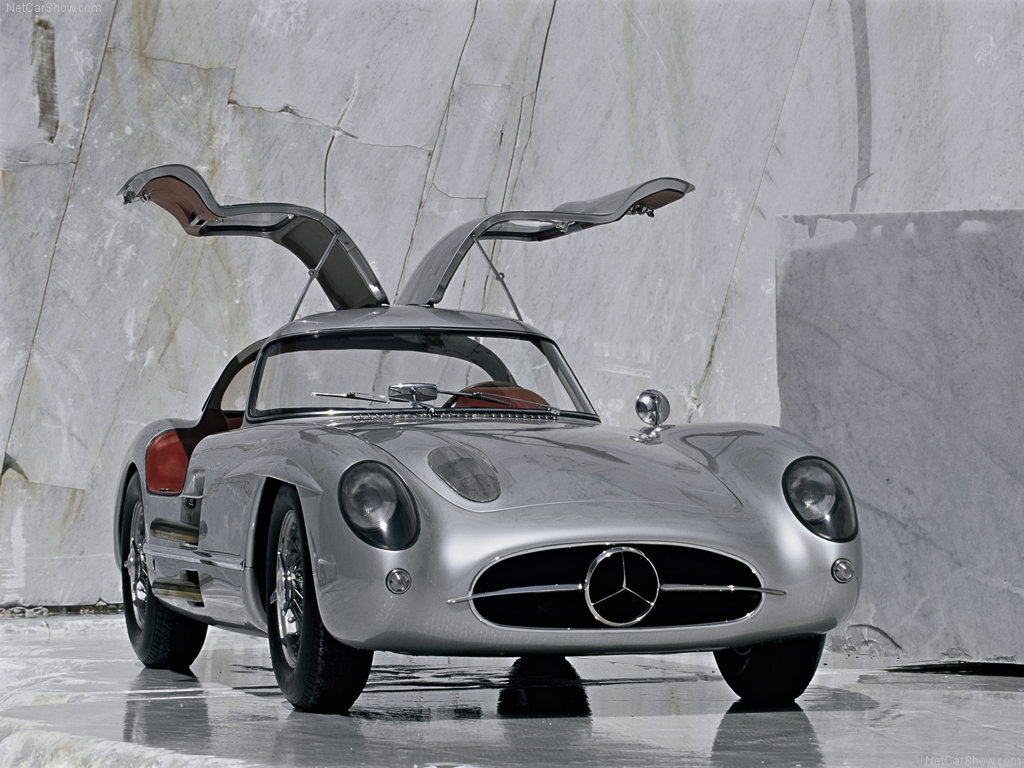 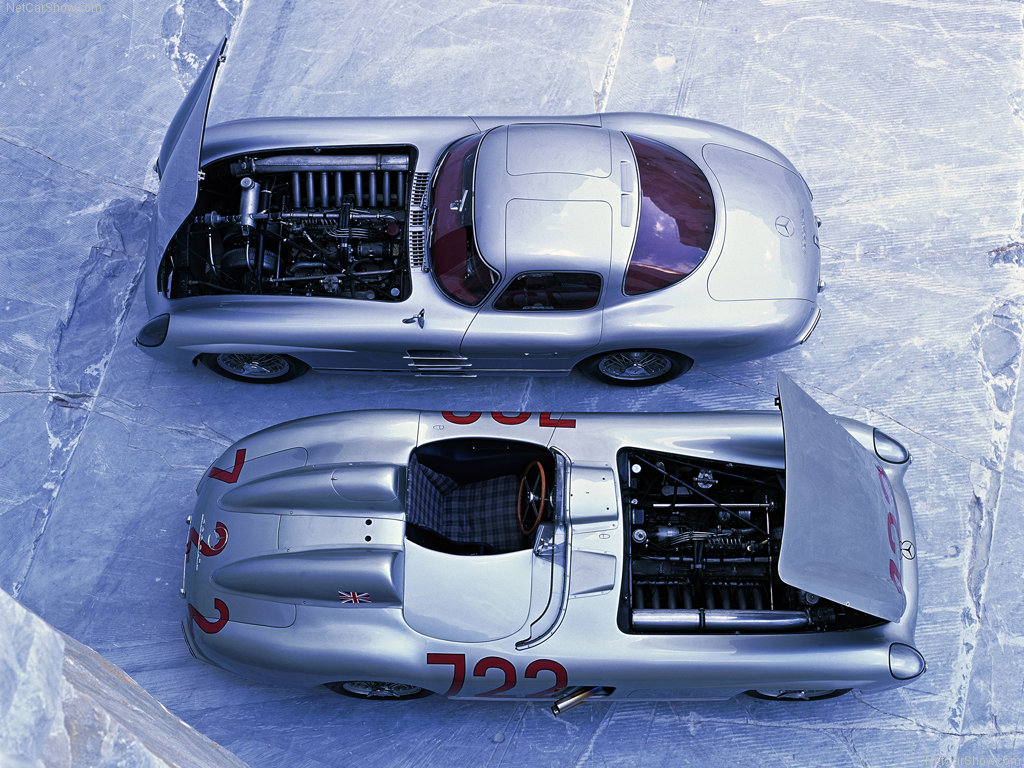 Almost untouched, though fine-honed for the special requirements of, for instance, the two Italian races, was the W 196 R’s wheel suspension with double wishbones at the front and a swing axle at the rear. The lavishly ramified space frame of the sports car, 60 kilograms light, had, by contrast, been derived from the 300 SL of 1952, a latticework of tubes 25 millimetres in diameter and one millimetre in wall thickness, above all along the sides below the doors, and with stronger braces in the area of the suspension. After all, there had to be space for two, and Ludwig Kraus, the engineer responsible for the chassis, and his team had to allow for the parameters laid down in FIA Appendix J, specifying two doors and the passenger compartment dimensions. In spite of this, the driver sat with his legs straddled over the clutch tunnel, as in a Grand Prix racer. The detachable steering wheel was located on the left side, unlike its Jaguar or Ferrari opponents’, although the latter were better equipped that way for European circuits which were driven in clockwise direction.

Only in the Mille Miglia, two of four drivers were actually accompanied by navigators: red-bearded English motoring journalist Denis Jenkinson supported Stirling Moss. Hans Hermann was accompanied by Fangio’s mechanic Hermann Eger. Fangio himself and Karl Kling preferred to embark on the race alone. A strange job fell to the lot of the second man on board: he had to sound the horn if necessary since the wizard at the wheel had his hands full keeping the car under control. 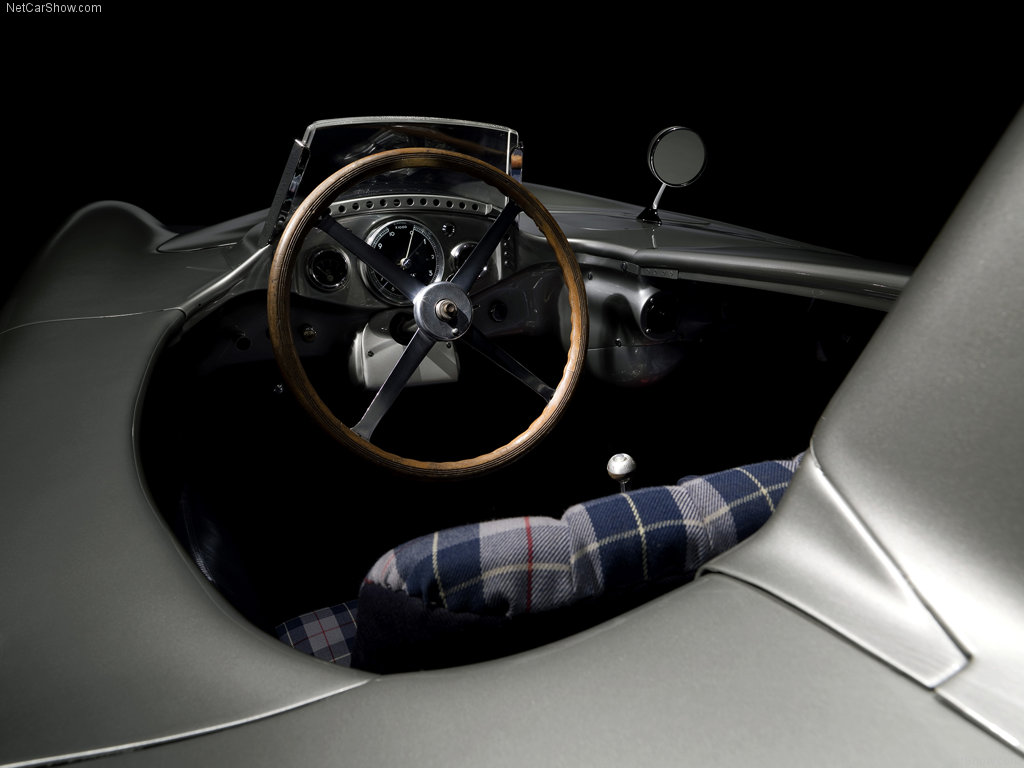 In Le Mans, the silver two-seaters caused quite a stir with unconventional braking aids. Via four push-buttons, a dash of oil could be squirted on the respective brake drum when one of the brakes locked, something that happened quite often to vehicles of all brands. And actuated manually by the driver, an air brake was erected from the SLR’s rear into the air stream when required. The effect was remarkable: the car had been restrained as if by some invisible rubber strap, John Fitch remembered, and Moss pointed out that the air brake – while still on its way down into rest position – definitely increased traction when accelerating out of the corners.

The device was used once again in the Swedish Grand Prix (for sports cars) at Kristianstad in early August, which did not count towards the world championship. For the journey to that race, guest driver Count Wolfgang Berghe von Trips arrived in one of two enclosed SLR versions which Uhlenhaut had had developed for future long-distance races. They were never used in competition. Hellishly loud, they mainly served for the personal transport of the racing department’s boss, and so got the nickname Uhlenhaut coupé. It was no wonder that, at that time already, Uhlenhaut’s hearing had been severely impaired. 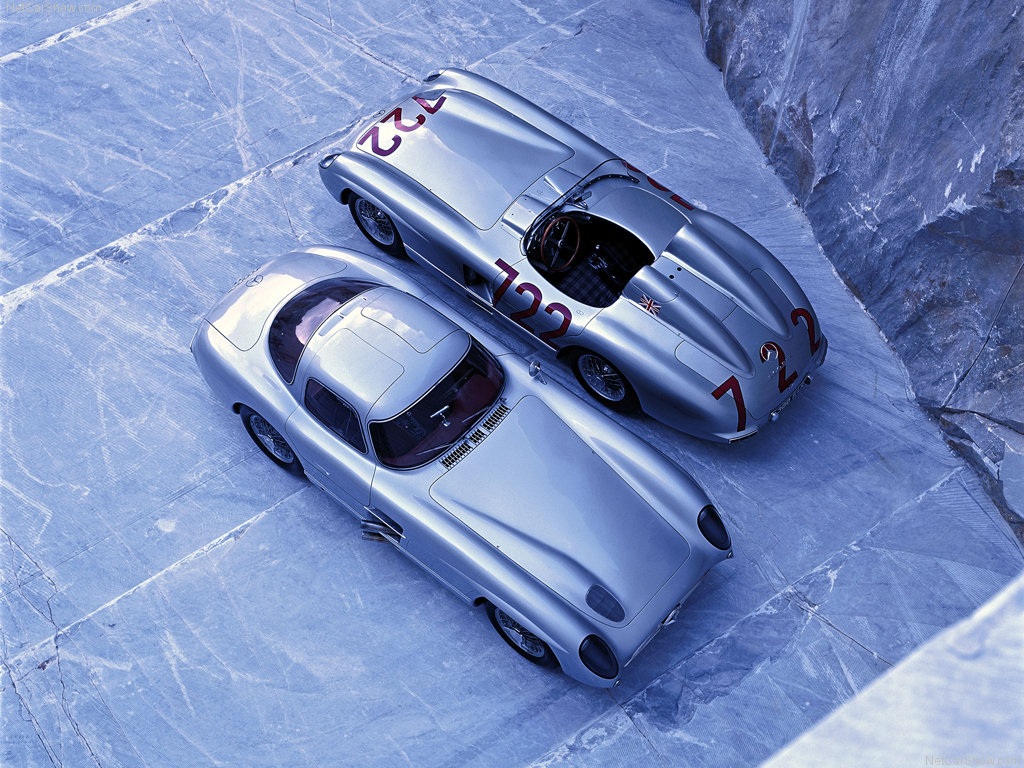 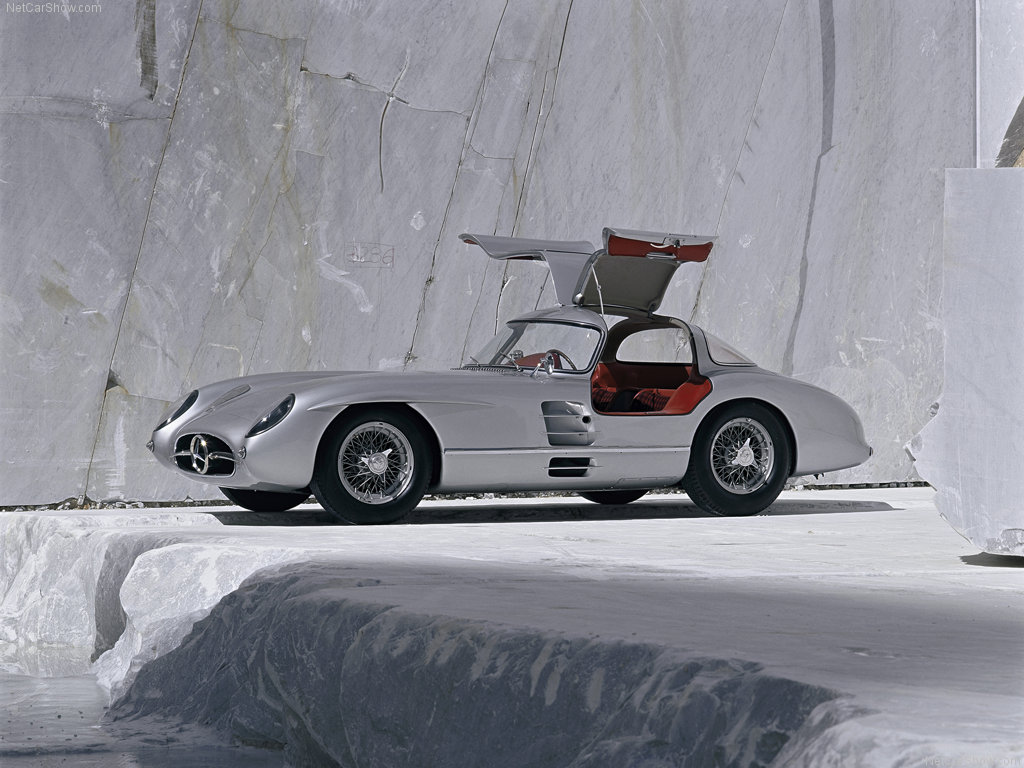