A pure-bred roadster, more sporting and visually appealing than ever: this is the BMW Z4 for model year 2023. The latest version of the open-top two-seater incorporates a raft of detail updates, brings fresh design accents to the exterior, expands the range of standard equipment and adds new items to the options list. The new features underscore more than ever the sporting character of the BMW Z4. In so doing, they provide the ideal ingredients with which to build on its success story as both a symbol of pure driving pleasure in the Bavarian premium carmaker’s line-up and the global leader in its market segment.

The BMW Z4 brings the traditional roadster experience to the modern era, with its powerful engines and rear-wheel drive, a vehicle concept centred around agility and dynamic excellence, a classical fabric soft-top roof and a progressive, premium ambience inside the cabin. Its external appearance exudes sporting potency elevated to new heights, the exterior features of the M Sport package – which are now also included as standard for the four-cylinder models – making this immediately apparent. With standard specification having been expanded and the structure of the offering streamlined, the Advantage, Sport Line and M Sport equipment lines are no longer featured. A wide selection of exterior paint finishes (three new variants are available), additional M light-alloy wheels in 19-inch format and M lights Shadow Line provide extra scope for customers to put their own individual stamp on the BMW Z4. 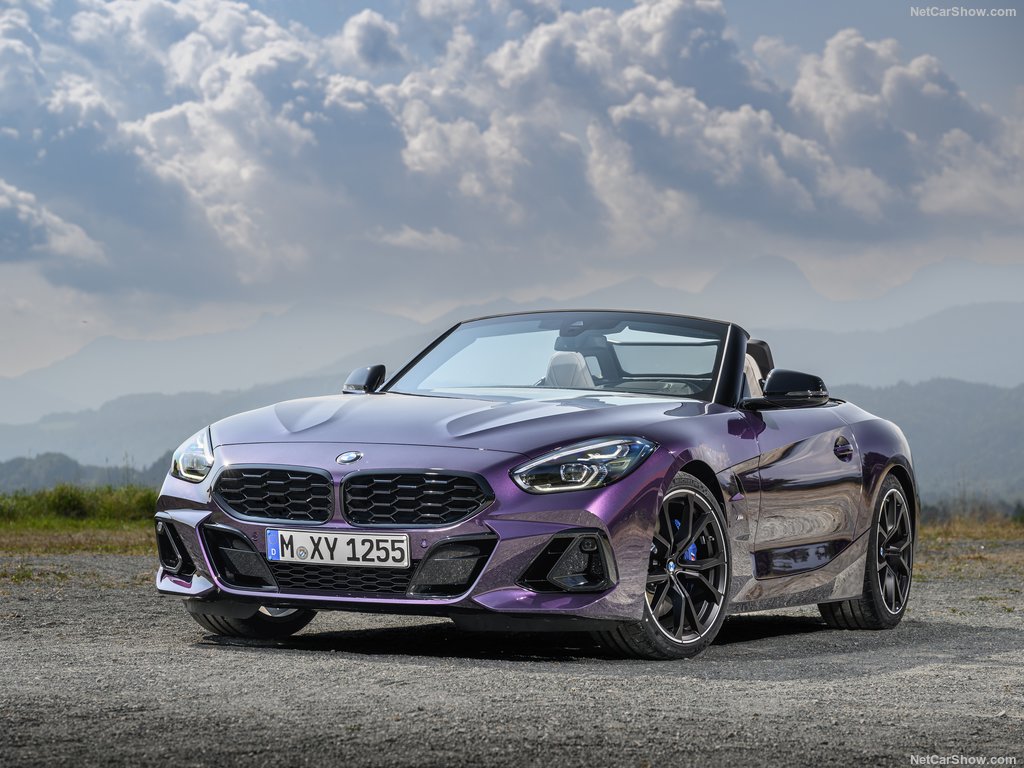 With its hallmark BMW sporting prowess, the BMW Z4 draws inspiration from the historic roots of the brand. The history of BMW roadsters as the epitome of driving pleasure and success on the race track extends back to the company’s formative years as a carmaker. And the brand’s open-top two-seaters have also represented important staging posts in the development of BMW in the more recent past. The BMW Z1 unveiled in 1987 was developed by BMW Technik GmbH as a showcase for innovation and captured the imagination with its front-mid-engined design, slide-down doors, steel monocoque and plastic body panels. Some 8,000 examples were delivered to customers between 1988 and 1991, and today each is a much-coveted collector’s item. The BMW Z3 presented in 1995 was the brand’s first model to be produced exclusively at BMW Group Plant Spartanburg in the USA. The BMW Z3 was introduced to the public on the silver screen – as James Bond’s service vehicle in the film GoldenEye.

Four years later, a Hollywood premiere as a cast member of a Bond blockbuster also brought the BMW Z8 to worldwide attention. In the 1999 movie The World Is Not Enough, the roadster bewitched audiences with its classical lines recalling the legendary BMW 507. Under the sweeping bonnet of the hand-built BMW Z8, the 5.0-litre V8 engine with 294 kW/400 hp originally developed for the BMW M5 put in a spectacular performance in cinemas and on the road alike. 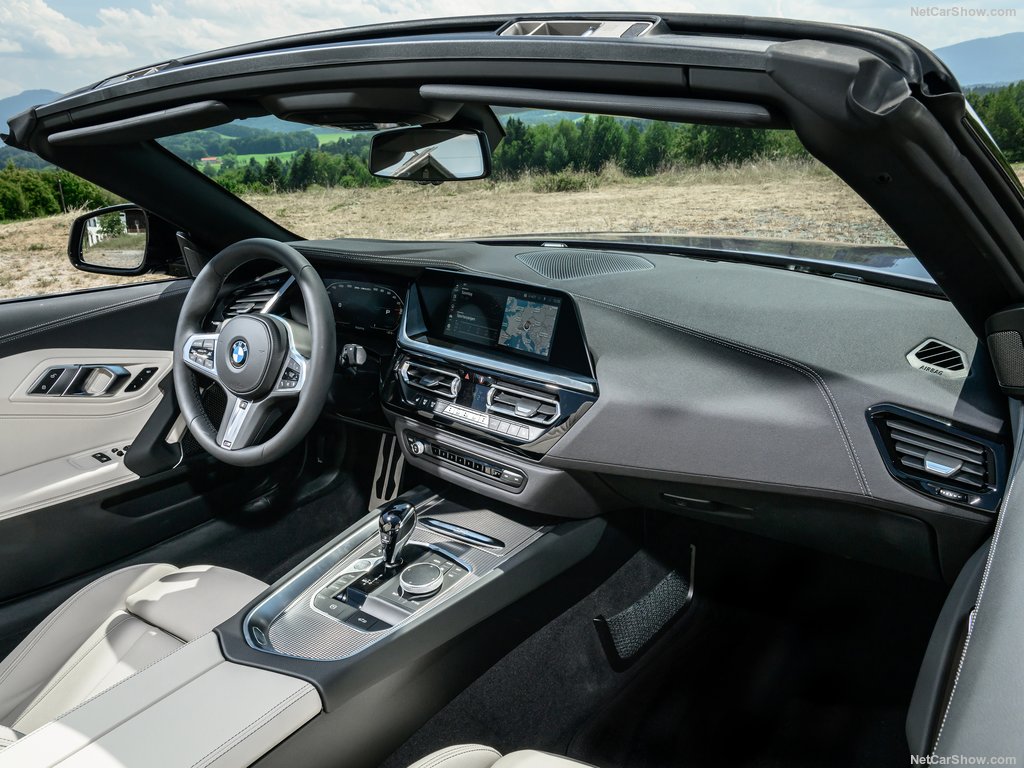 The BMW Z4 has embodied open-top driving pleasure for a driver and passenger for 20 years now. The first generation of the roadster was revealed at the 2002 Mondial de l’Automobile show in Paris. It was followed four years later by the likewise two-seater BMW Z4 Coupé, out of which a GT3 racing car was developed that enjoyed considerable success in the Nürburgring endurance racing series. On the road, too, the BMW Z4 was busy setting new dynamic benchmarks. And the roadster and coupé were also offered as high-performance sports cars from BMW M GmbH, powered by a six-cylinder in-line engine producing 250 kW/340 hp.

A retractable hardtop was the show-stopping feature of the second-generation BMW Z4, allowing it to replace both the roadster and coupé versions of the previous model. Flowing lines, a long bonnet and a set-back passenger compartment were the defining elements of the two-seater’s appearance, the new model wasting little time after its premiere in 2009 in earning itself the Eyes On Design Award, the International Design Excellence Award and the red dot Design Award. On the race track, the BMW Z4 picked up on the success recorded by its predecessor with a variant developed according to GT3 regulations. Customer sport teams powered to victory with this racing machine in events including the 24-hour races in Dubai and at Spa-Francorchamps. 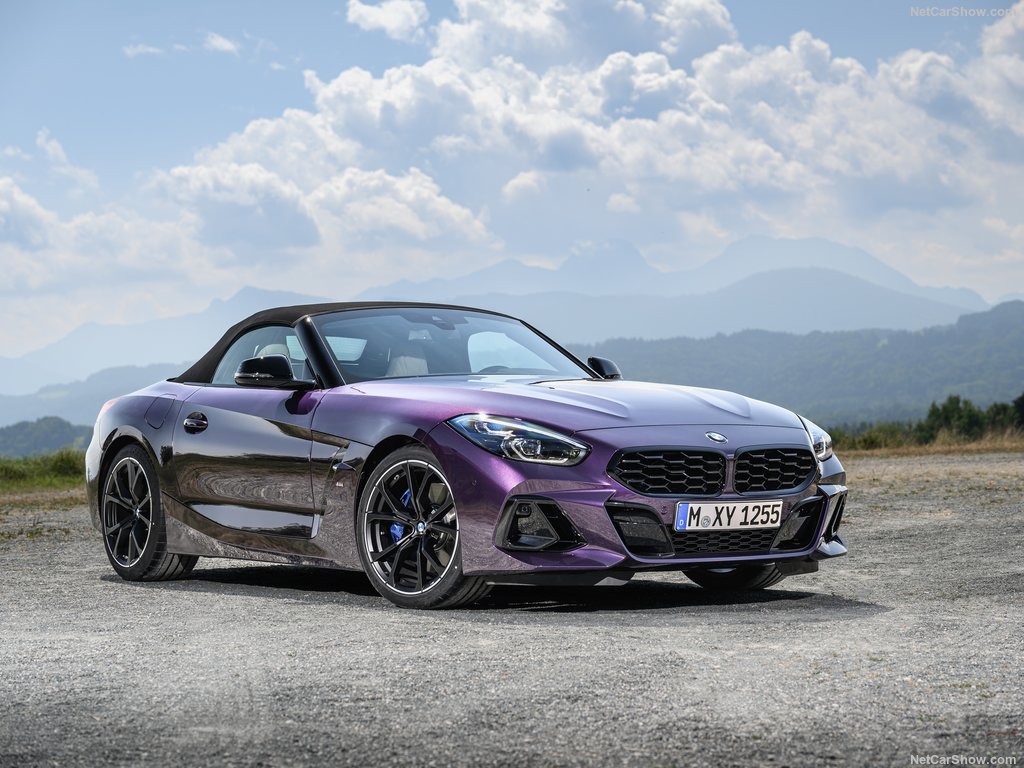