The first-ever 2023 GR Corolla might be the newest member of TOYOTA’S GAZOO Racing sports car family, but this hot hatch is ready to make a big impression on North American streets. Rooted in rally, developed under the scrutiny of master driver Akio Toyoda and inspired by Toyota’s sports car lineage, GR Corolla looks to rocket to the top of driver wish lists as it debuts at dealerships later this year.

Powered by the lightweight, compact-yet-powerful G16E-GTS turbocharged, three-cylinder engine that pumps out an impressive 300 horsepower, GR Corolla will come in three grades: the Core grade, Circuit Edition and the limited, track-focused, MORIZO Edition. GR Corolla Core grade is expected to arrive at US dealership lots in the Fall of 2022. The MORIZO Edition is expected in Winter 2023 and Circuit Edition is expected in Spring 2023.

GR Corolla’s impressive output is thanks in part to a unique triple exhaust that reduces back-pressure for maximum power delivery. The Core grade and Circuit Edition push out 300 hp and 273 lb.-ft. of torque, while the MORIZO Edition hits 295 lb.-ft. High strength engine components and a turbocharger also help GR Corolla punch above its weight. With a max boost of 25.2 PSI on the GR Corolla Core grade and Circuit Edition and 26.3 PSI on the MORIZO Edition, GR Corolla models have a manufacturer estimated 0-60 mph time of about five seconds.

Peak torque output on the Core grade and Circuit Edition hits between 3,000-5,500 rpm, with max horsepower at 6,500 rpm. TOYOTA GAZOO Racing engineers have aggressively tuned the G16E engine for additional power on the MORIZO Edition, with peak torque coming in between 3,250-4,600 rpm. Regardless of the model, drivers will find satisfying torque across the powerband.

Exclusively available with an intelligent Manual Transmission (iMT), GR Corolla’s short throw shifter and moderately tuned clutch keep drivers engaged with hands-on thrills. iMT is off by default for drivers who prefer finding the rev on their own but is easily turned on by the push of a button to the left of the steering wheel. For further responsiveness customization, Eco, Sport, Track and Custom drive mode selector comes standard on all grades. 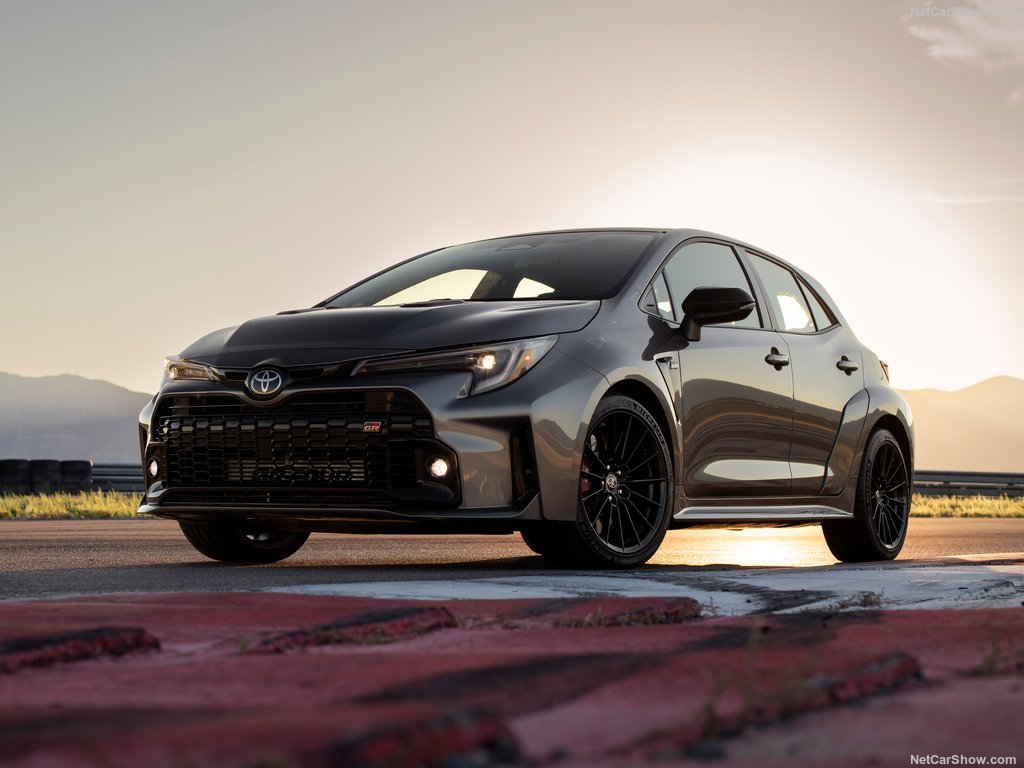 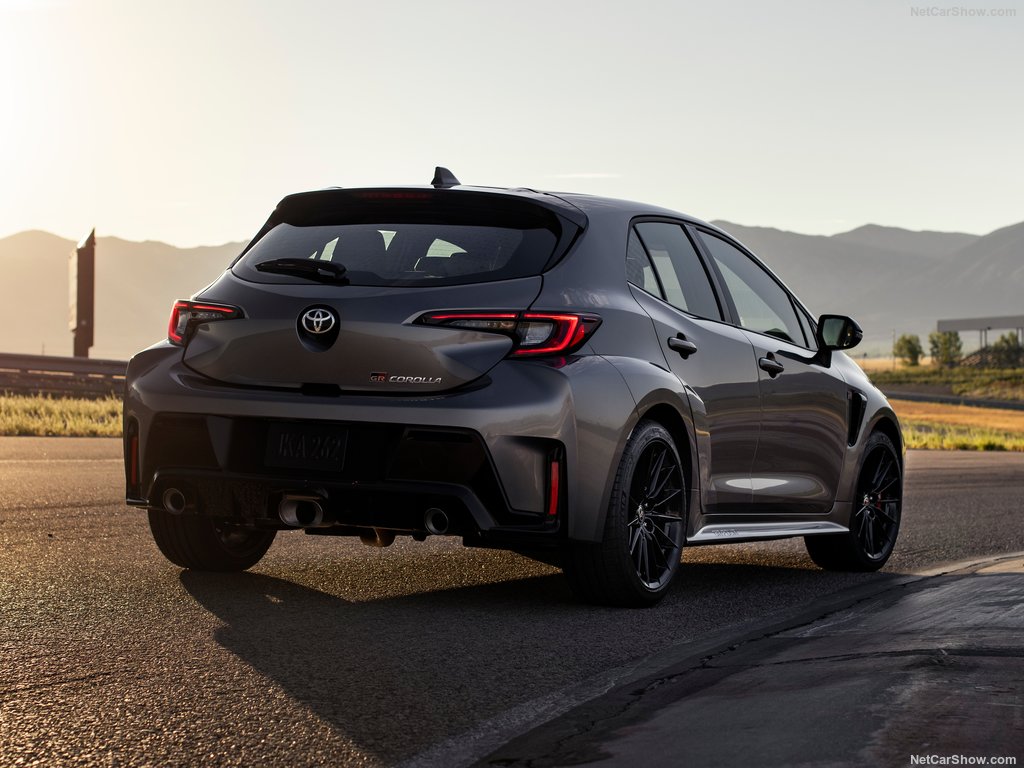 Toyota‘s GR-FOUR All-Wheel-Drive (AWD) drivetrain brings rally-inspired engineering to the GR Corolla. With the twist of a dial or a push for Track mode, drivers can adjust the GR-FOUR system to fit a variety of road conditions and driving styles with 60-40, 50-50 or 30-70 torque distribution to the front and rear wheels.

The GR Corolla is built on Toyota’s GA-C platform, with enhanced frame reinforcements developed specifically for GR Corolla at the GR Factory at Toyota Motomachi plant.

Available Core grade colors include Ice Cap, Black and Supersonic Red, all paired with a color keyed roof and rear lip spoiler, GR-FOUR stamped side rockers and wide-fender flares. On the inside, seating for five will come with GR-logoed fabric sport seats.

The Circuit Edition will be a limited-run model available for 2023 only. Standard colors are Ice Cap, Supersonic Red and Heavy Metal with the same GR-FOUR stamped side rockers and wide fenders as the Core grade. It adds a forged carbon fiber roof, vented bulge hood, a sporty rear spoiler, Brin-Naub® suede and synthetic leather-trimmed trimmed sport seats with red accents and a leather wrapped MORIZO signed shift knob. 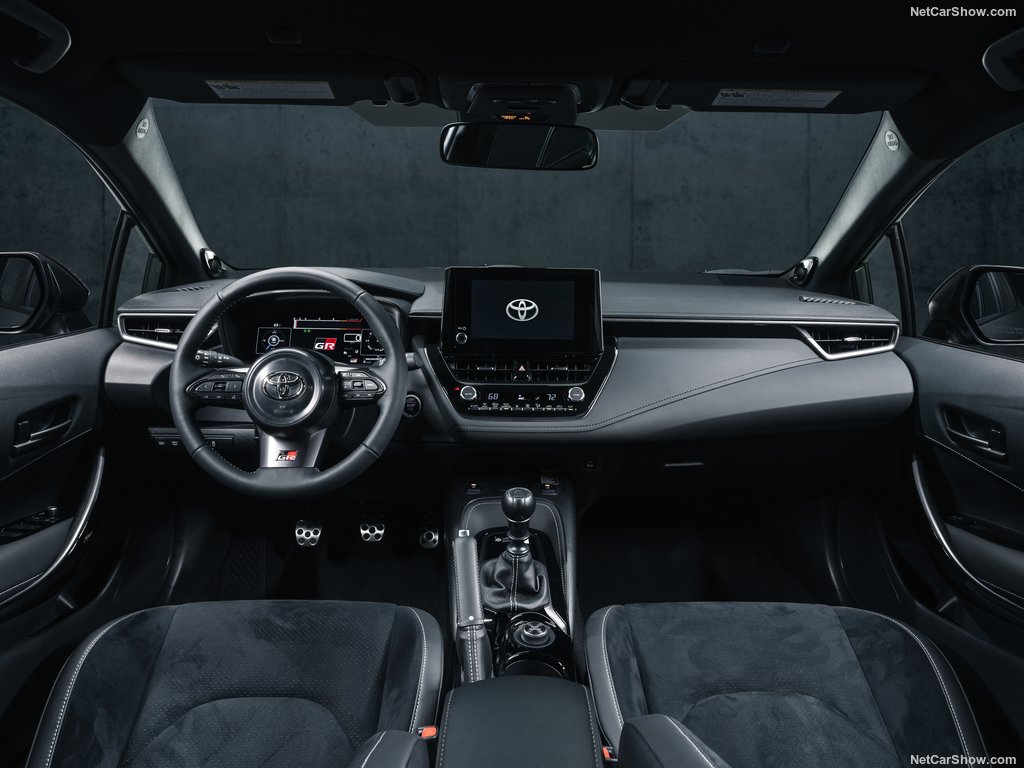 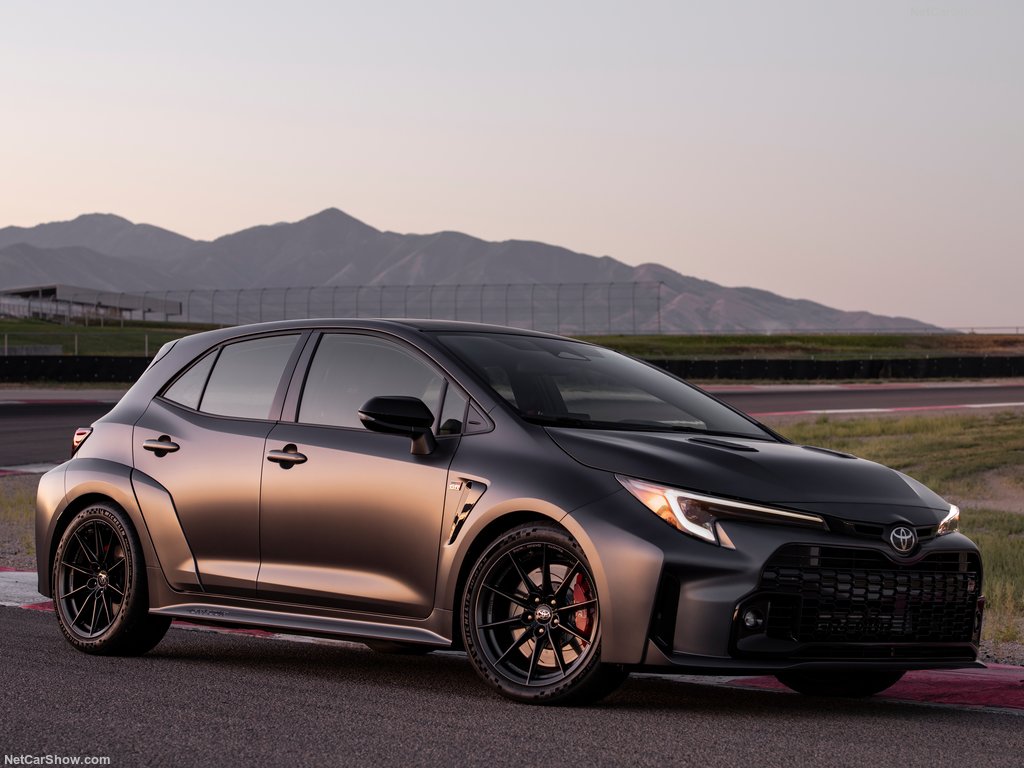