Toyota introduced a sports version of the Corolla hatchback, which received the traditional GR prefix in the title. The most powerful and fastest version of the compact model will compete with the new Subaru WRX and Volkswagen Golf R.

The novelty is based on a deeply modernized and reinforced TNGA-C platform with a “significantly increased” number of weld points. McPherson’s front suspension used specially tuned sport springs, shock absorbers and anti-roll bars to provide “optimum handling on any type of road surface.”

In addition, the hatchback received aluminum front doors and a hood, thanks to which its weight was 1474 kg, which is 85.7 kg less than the standard model.

Toyota GR Corolla was equipped with a 1.6-liter three-cylinder petrol turbo engine developing 304 hp. and 370 Nm of torque. For comparison, this is more output from the engines of the new Subaru WRX (275 hp) and Hyundai Veloster N (279 hp), but less than the Volkswagen Golf R (320 hp).

The unit works together with a six-speed manual transmission and all-wheel drive. The driver can choose from three control electronics modes: Normal, Sport and Track. With standard driving, traction is distributed in a ratio of 60:40 in favor of the rear axle, and with “sporty” driving – 30:70. Finally, in Track mode, torque is transmitted in a frame share to each axle. 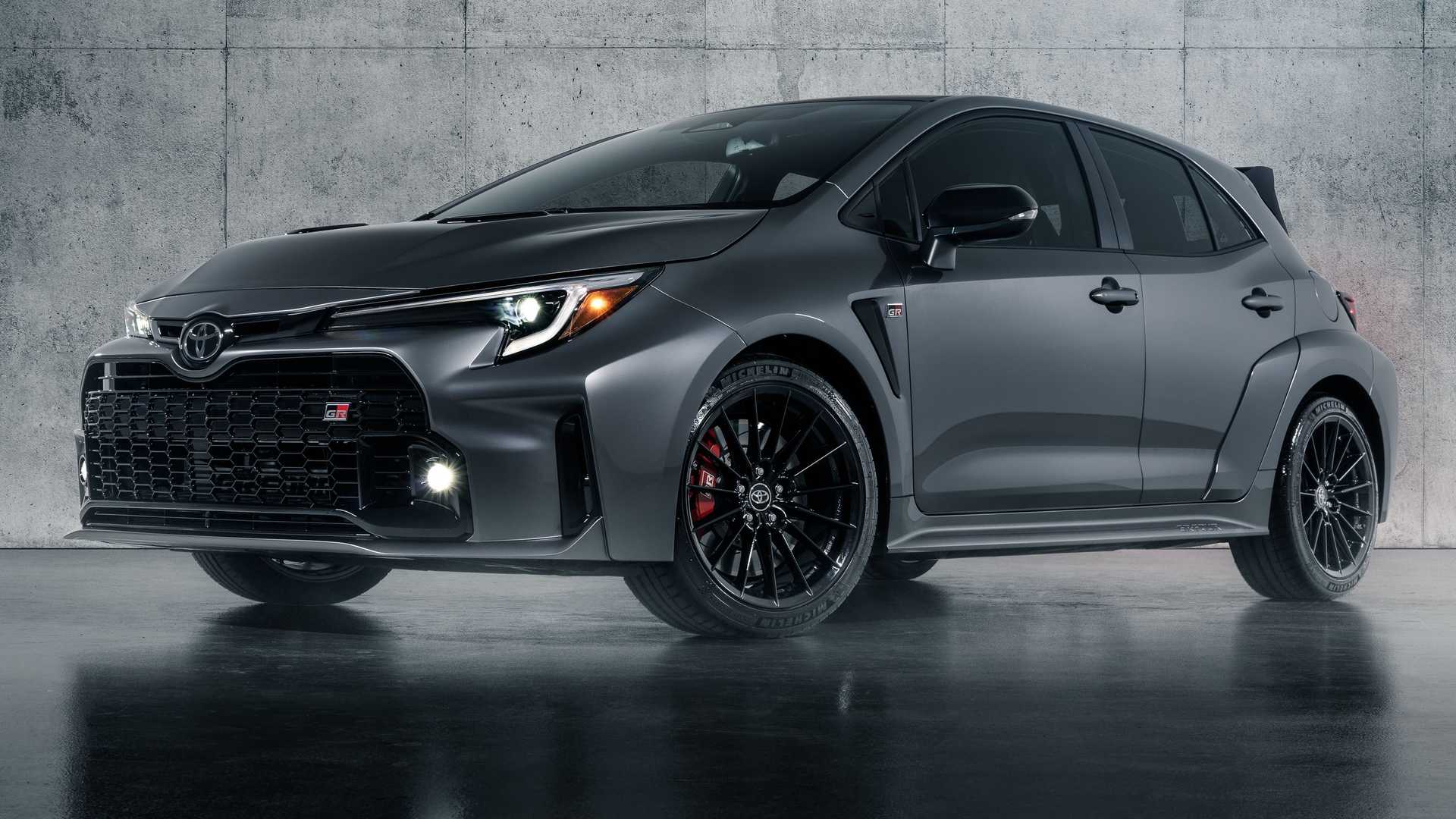 The external difference between the Toyota GR Corolla was an aerodynamic body kit with side skirts and a massive rear spoiler, as well as 18-inch black wheels and three stainless steel exhaust pipes.

A virtual dashboard with a diagonal of 12.3 inches was installed in the cabin, which, among other things, provides data such as tachometer readings, pressure level in the turbine and indication of the selected gear. In the center is an 8-inch touchscreen infotainment complex that supports voice commands. 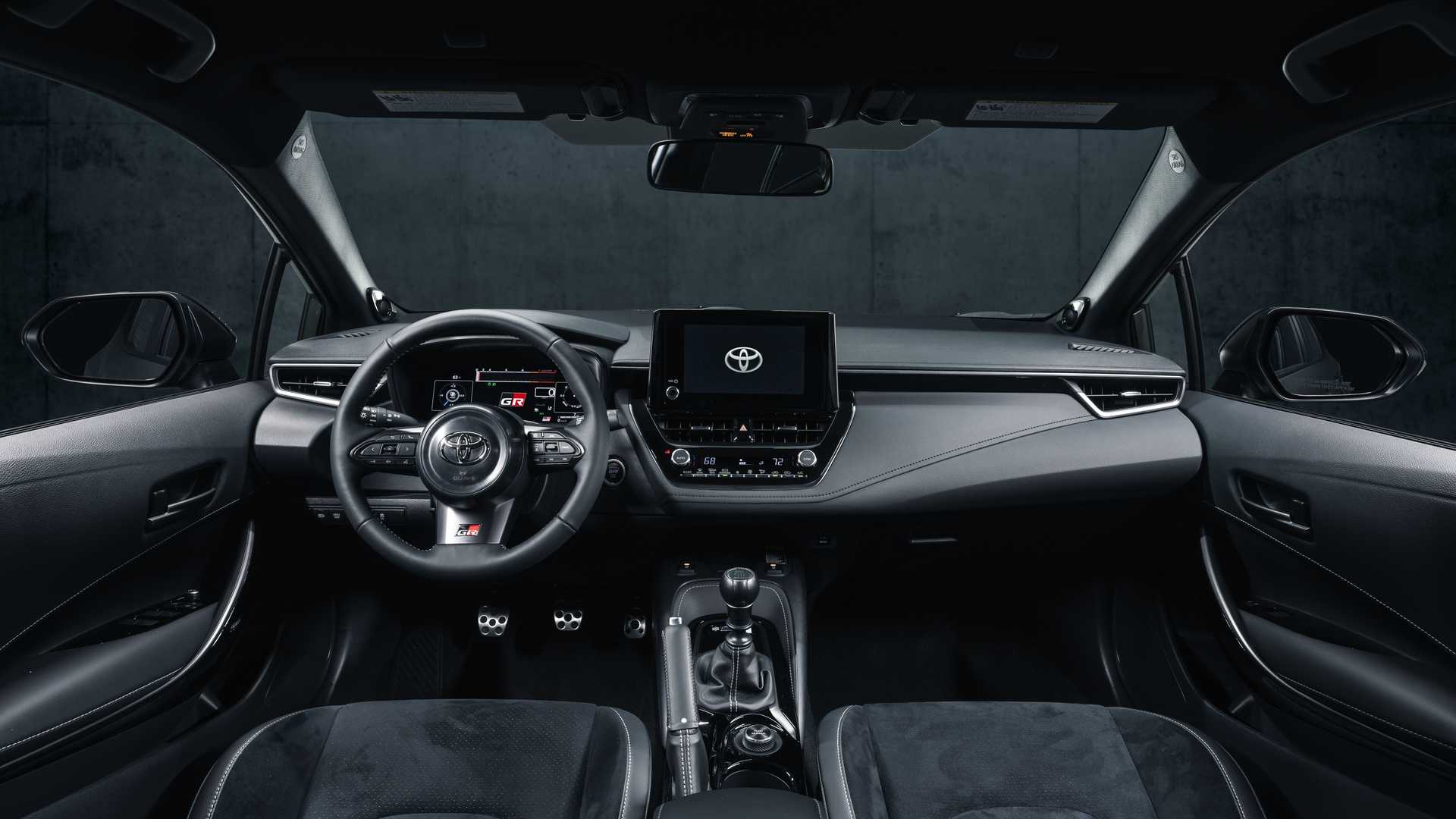 The production of cars will be established in Japan at a plant in Motomachi (Yokohama), where models such as the Lexus LFA supercar and the fourth-generation Toyota Supra sports car (A80) were produced. Sales of Toyota GR Corolla, prices for which have not yet been announced, will begin before the end of 2022. 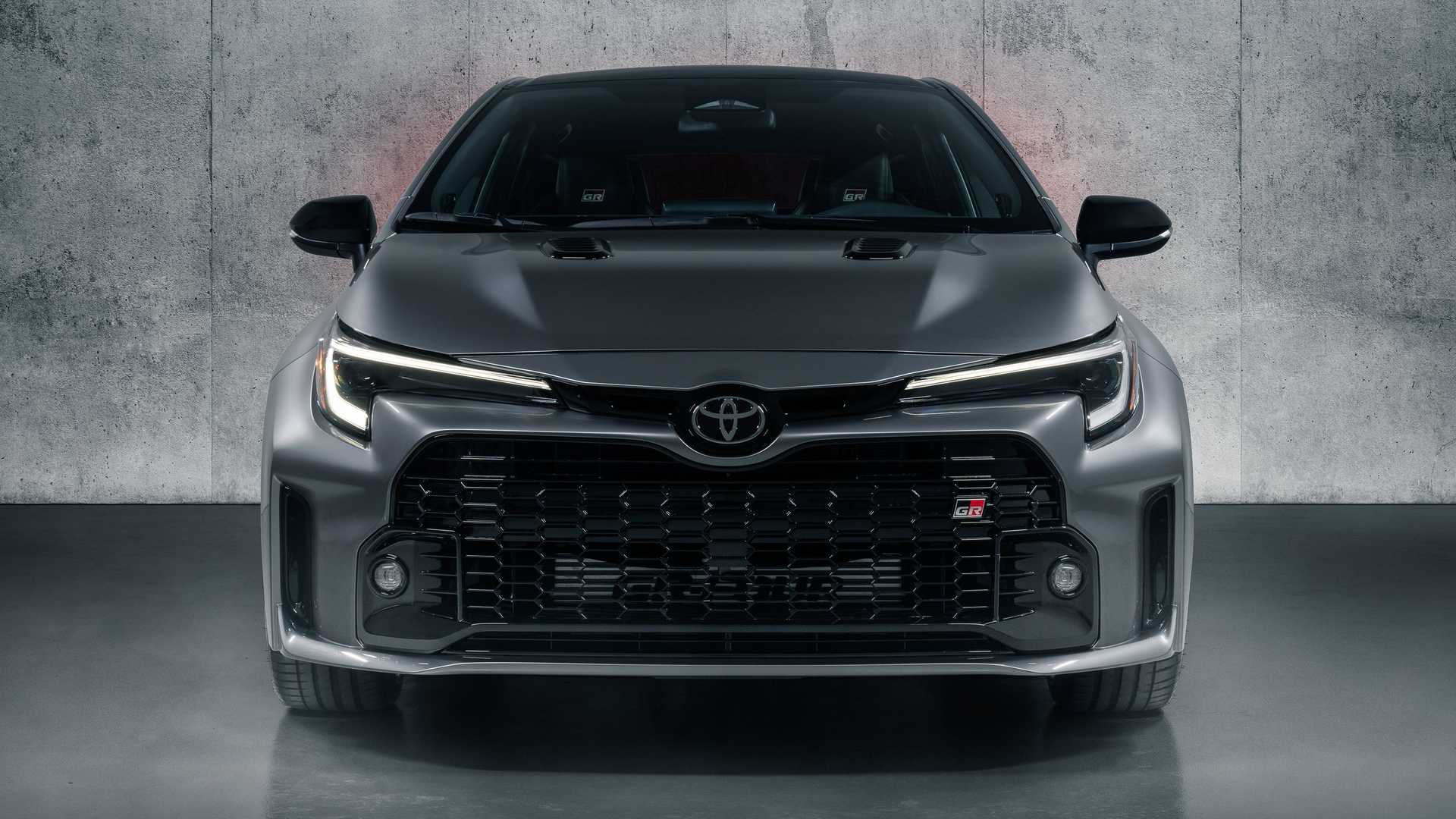 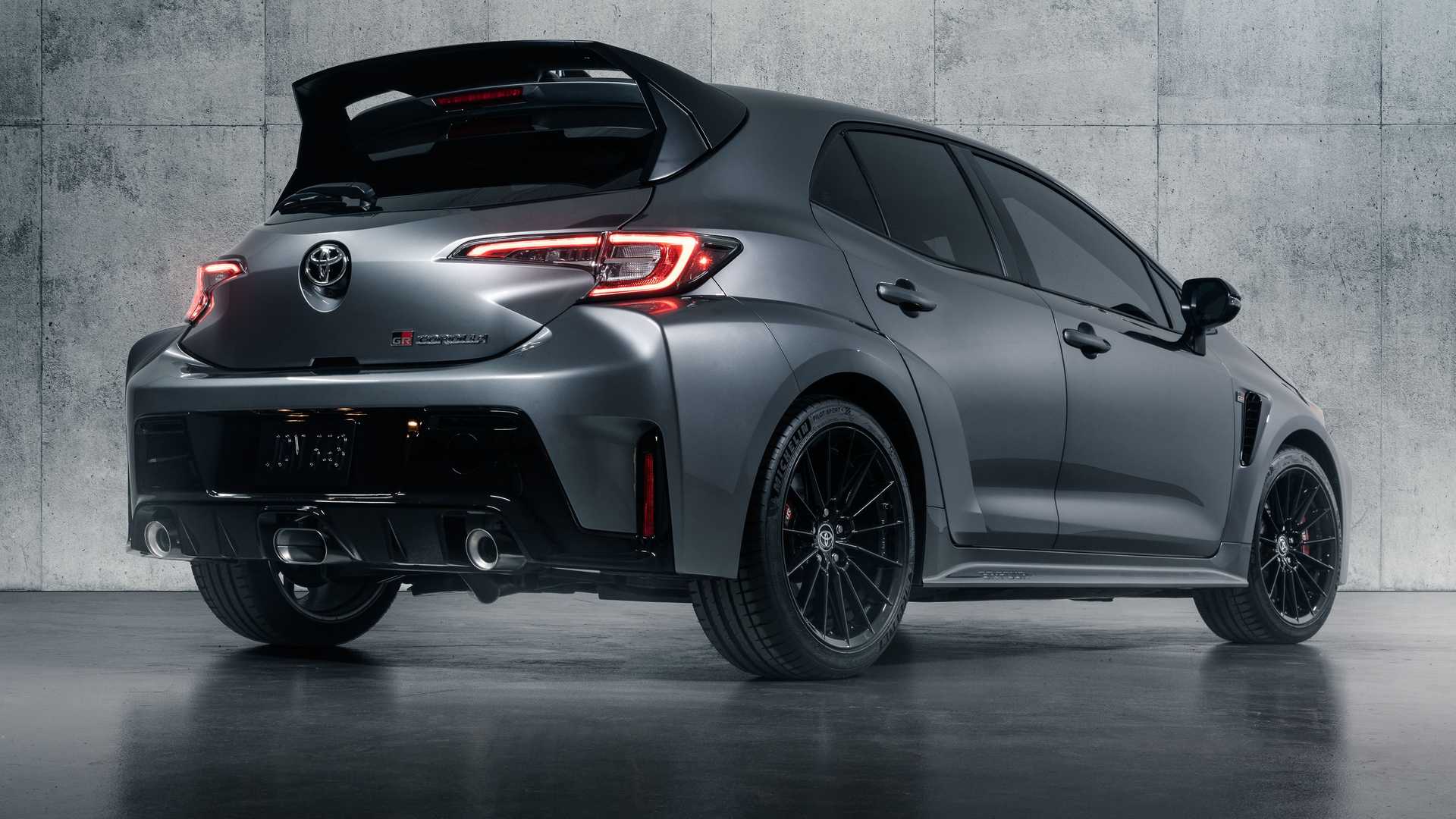 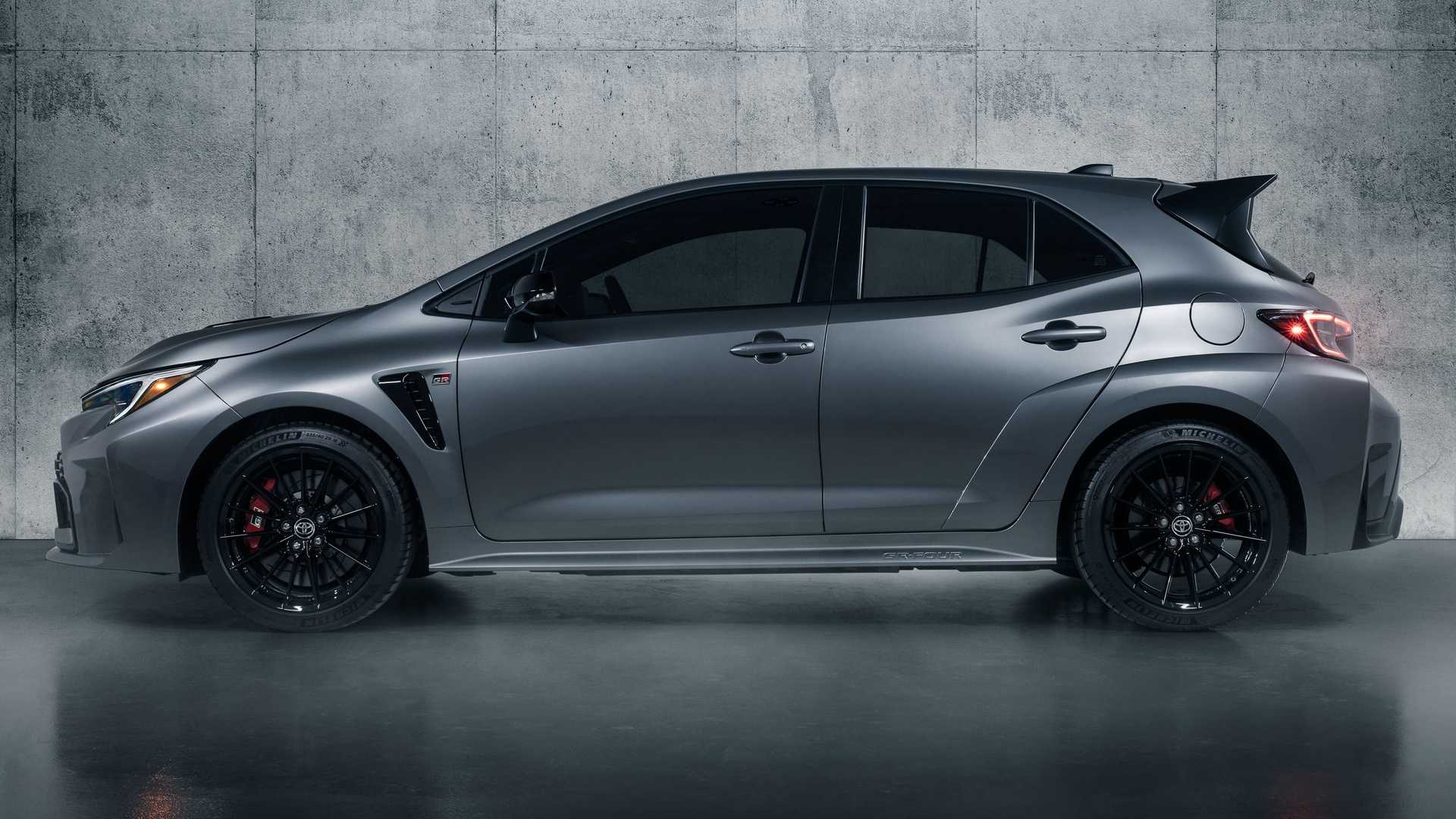