Lotus has unveiled the Eletre, the first production SUV in the British sports car manufacturer’s 70-year history. The novelty, which the company has been developing for the last 10 years, will be produced in China.

Lotus Eletre will take the place of the flagship in the model line of the British brand. The length of the crossover was 5105 mm, and the wheelbase is 3020 mm. Thus, in terms of its dimensions, the car surpassed the Porsche Cayenne, which is inferior to it in length of 180 millimeters.

In terms of looks, the Eletre borrowed key design cues from the new Emira sports car, which debuted in the summer of 2021. In particular, the crossover received complex stampings on the body, narrow diode optics, as well as a similar front end. Active dampers on an electric drive are integrated into the false radiator grille, which automatically open when additional cooling of units, batteries and brake mechanisms is required.

Lotus Eletre received an all-electric power plant, since after the Emira model, the British abandoned the development of new cars with classic internal combustion engines. An electric motor is installed on each of the crossover axles, the total output of which exceeds 600 horsepower. The car is capable of gaining the first “hundred” in less than 3.0 seconds, and its maximum speed is 260 km / h. 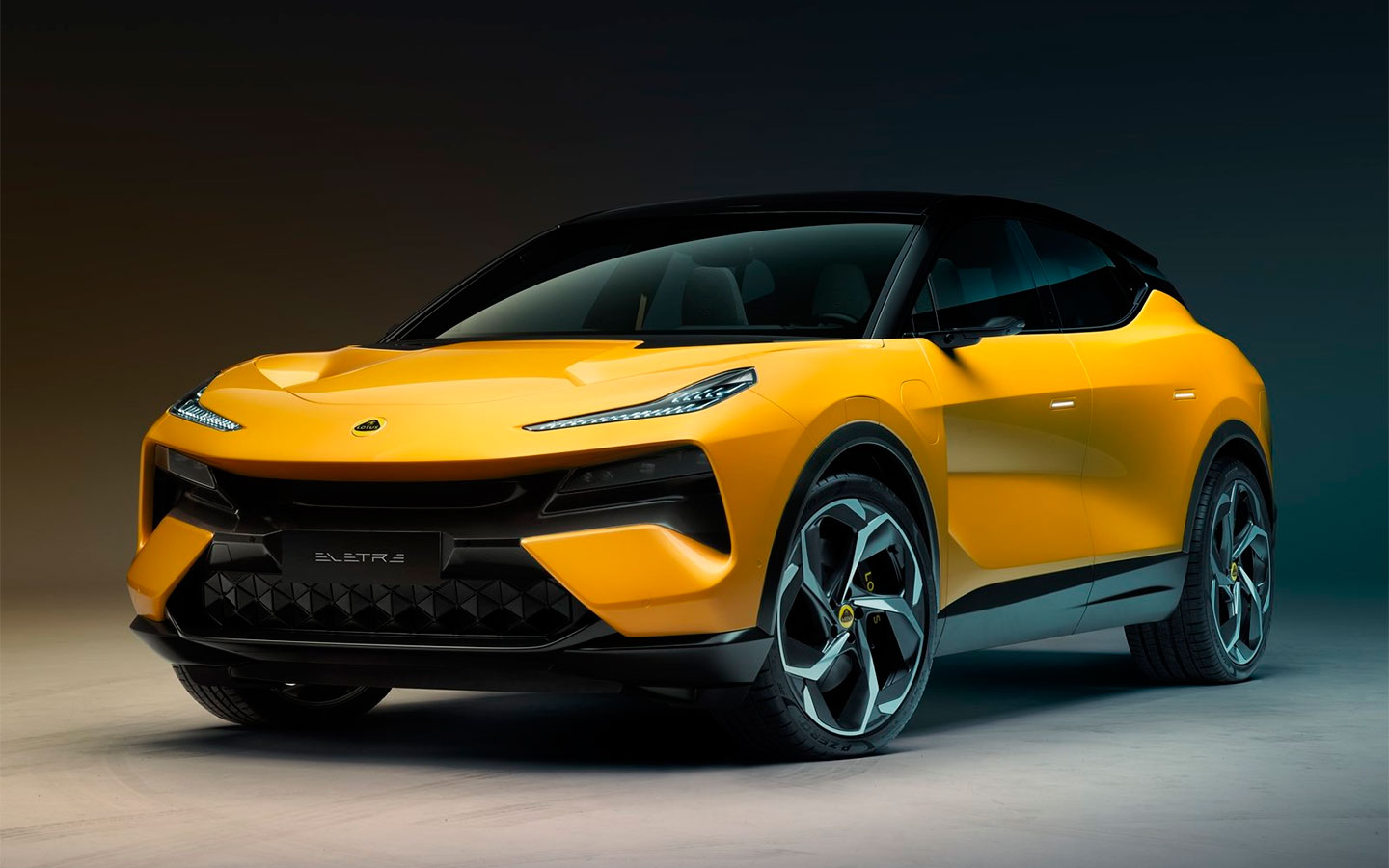 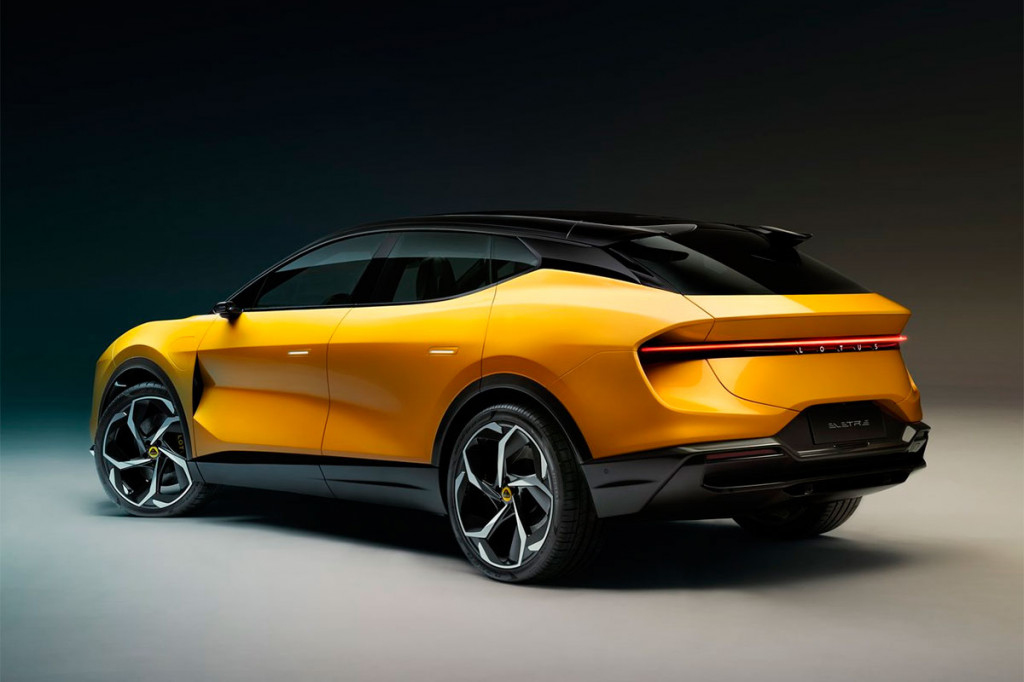 A 100 kWh battery pack provides an autonomy of 600 kilometers. For batteries, support is provided for a 350 kW fast charging system, thanks to which it is possible to replenish their stock from 0 to 65% in about 20 minutes.

Lotus Eletre was equipped with an adaptive air suspension that changes ground clearance depending on road conditions, as well as active anti-roll bars to suppress body roll. In addition, the crossover received a fully steerable chassis with slightly angled rear wheels, which provides stability when cornering at high speeds and improves maneuverability at low speeds.

The highlight of the cabin is the fold-out 15.1-inch touchscreen infotainment system, providing access to 95% of all vehicle functions in one to three clicks. When the driver or passenger does not need to use the multimedia system, the screen automatically folds and retracts into the front panel.

Production of Lotus Eletre will be established at a new facility in the Chinese city of Wuhan. Sales of cars, prices for which have not yet been named, will begin in 2023. 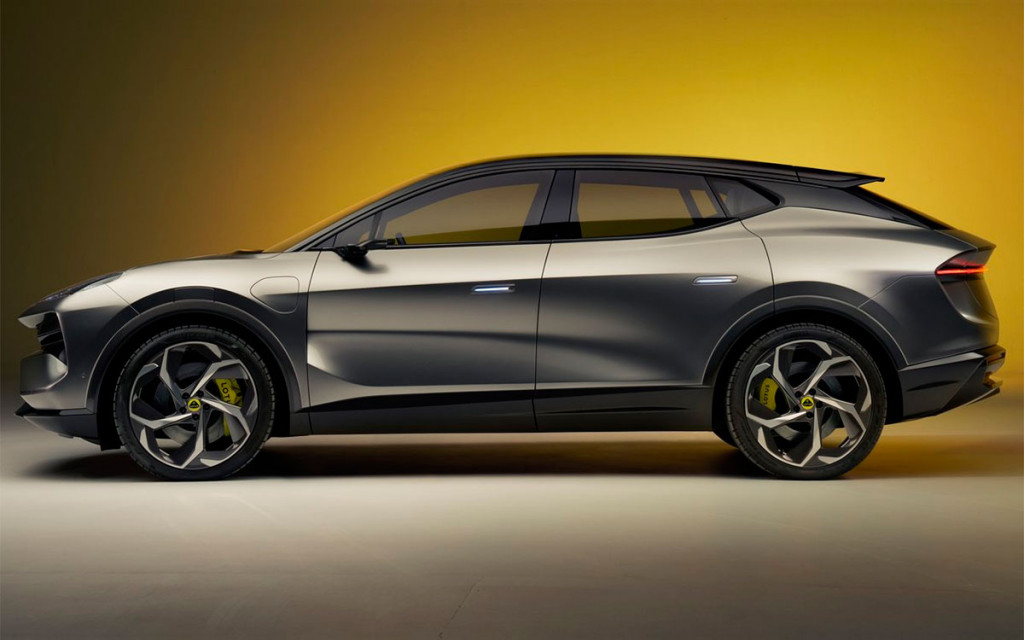 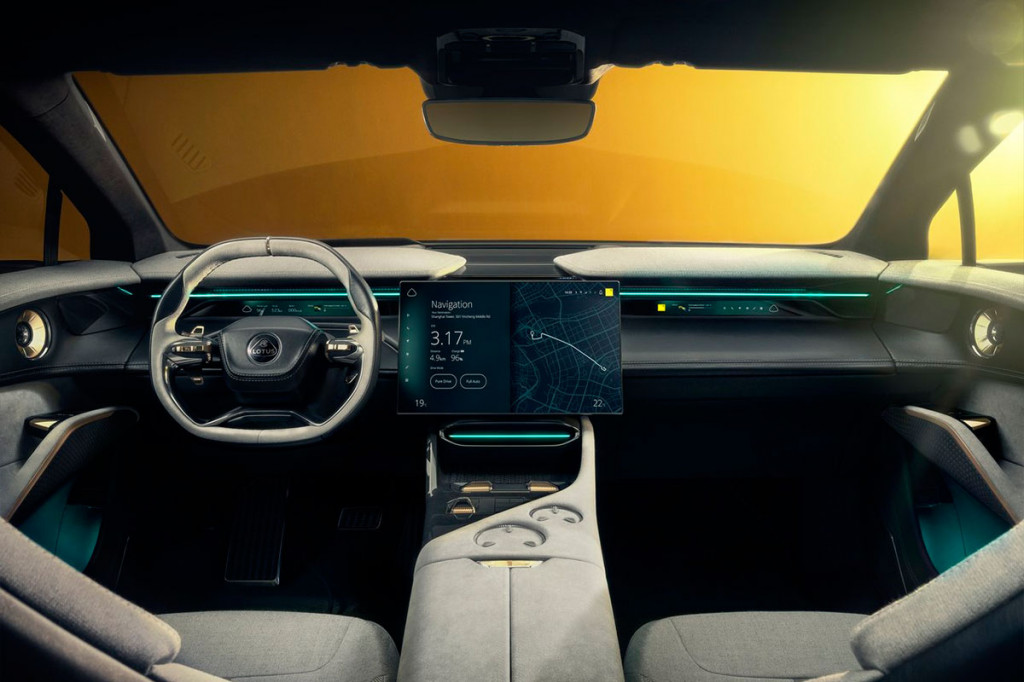