The new generation Toyota Tundra pickup has a Capstone version with a 443-horsepower hybrid installation.

Toyota introduced the top version of the new generation Tundra pickup called Capstone. Such a car differs from the standard version of the model by the maximum set of equipment and the hybrid power plant “in the base”.

Externally, the pickup can be distinguished by the abundance of chrome on the modified grille, 22-inch exclusive wheels and a large “Tundra” lettering on the lid of the loading platform.

Inside, seats trimmed with expensive perforated leather with heating and ventilation, a 12.3-inch virtual instrument panel, and a multimedia system with a 14-inch touchscreen display with support for Apple CarPlay and Android Auto were installed in the cabin.

In addition, the equipment includes a digital interior mirror, which can display an image from the rear view camera, a surround view system, a projection display and a JBL audio system with 12 speakers. An adaptive air suspension is available as an option.

The new Toyota Tundra Capstone pickup truck is equipped with a hybrid power plant based on a 3.5-liter twin-turbo V6 engine, working together with an electric motor and a 10-speed automatic transmission. In total, the engines produce 443 hp. and 790 Nm of torque.

Prices for the new Toyota Tundra Capstone have not yet been announced. It is assumed that in the United States the novelty will cost at least 70 thousand dollars. 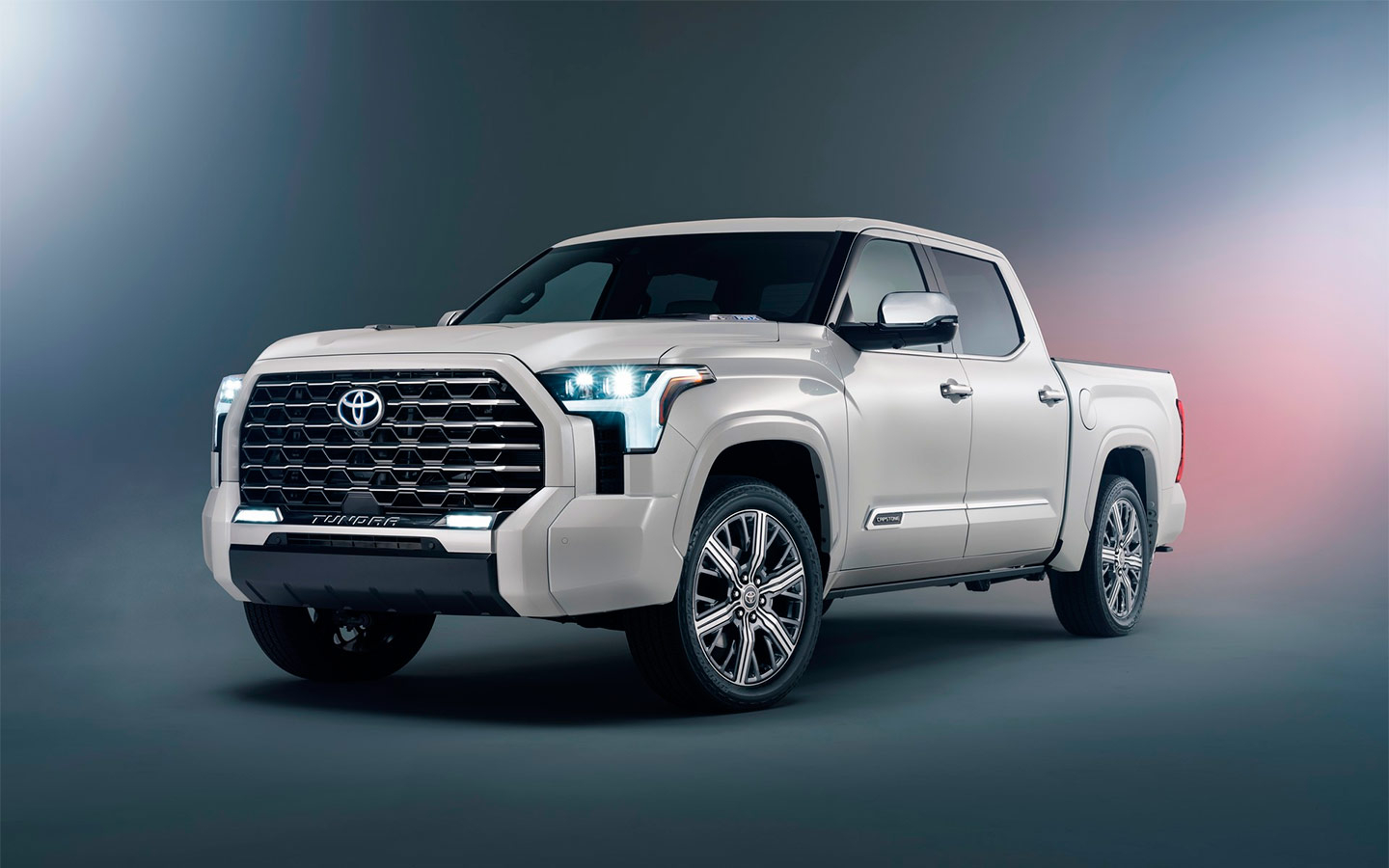 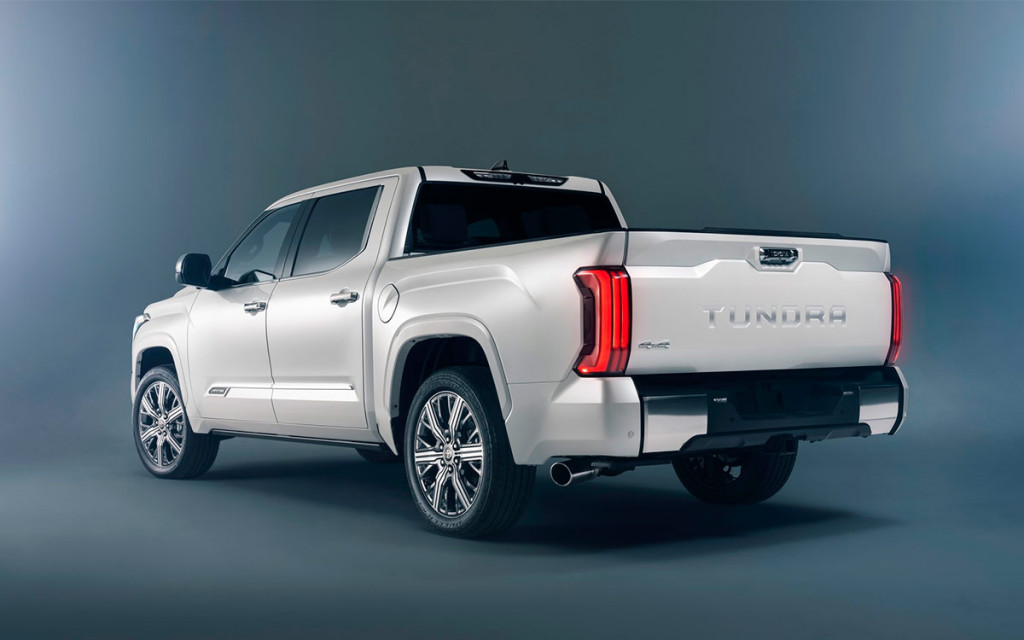 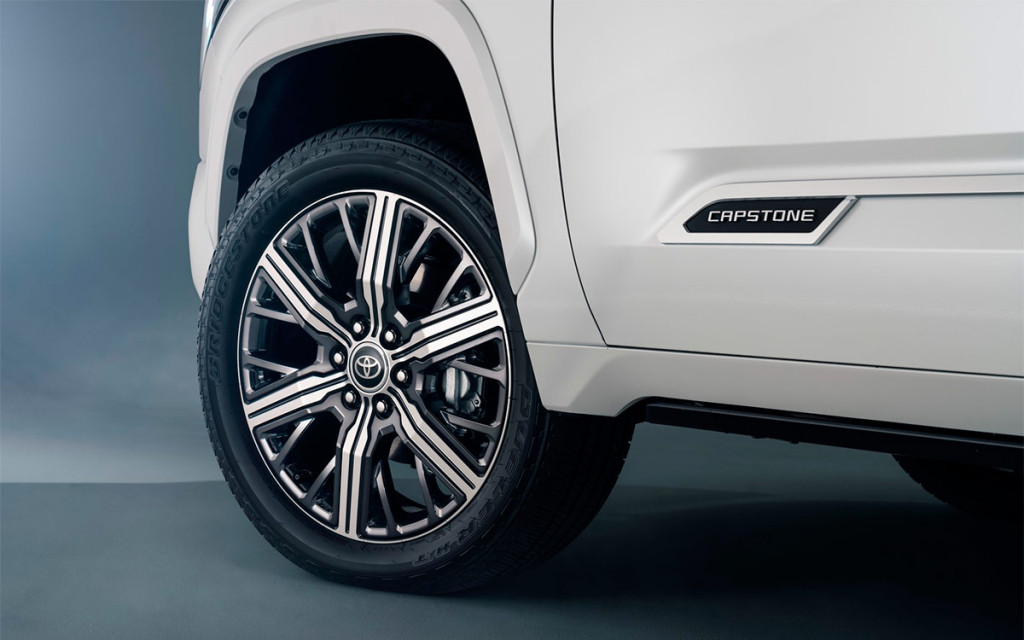 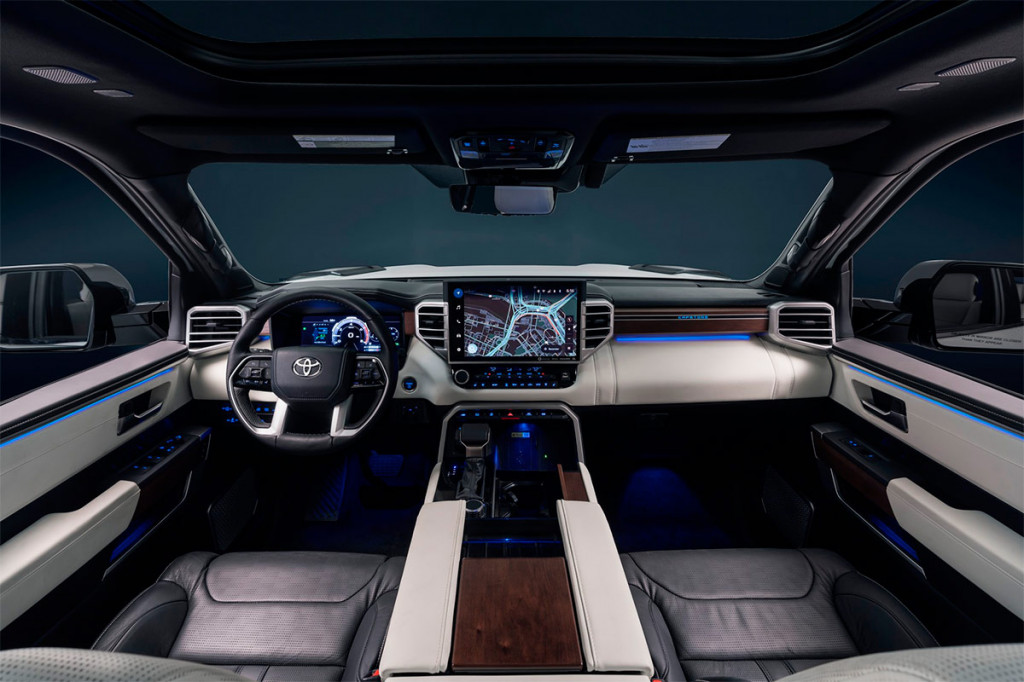 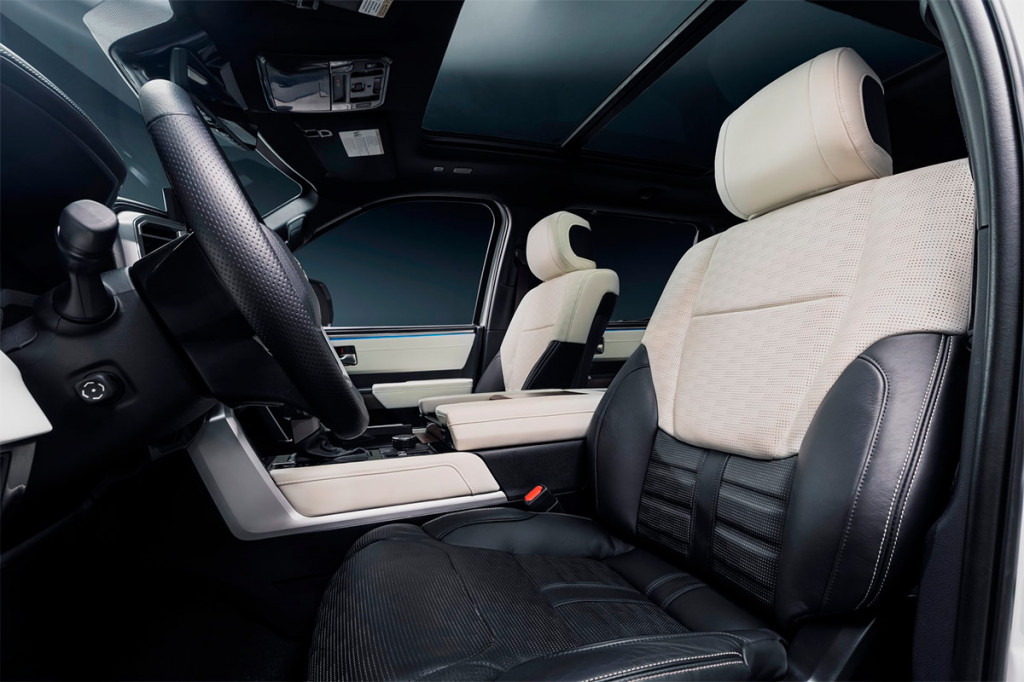 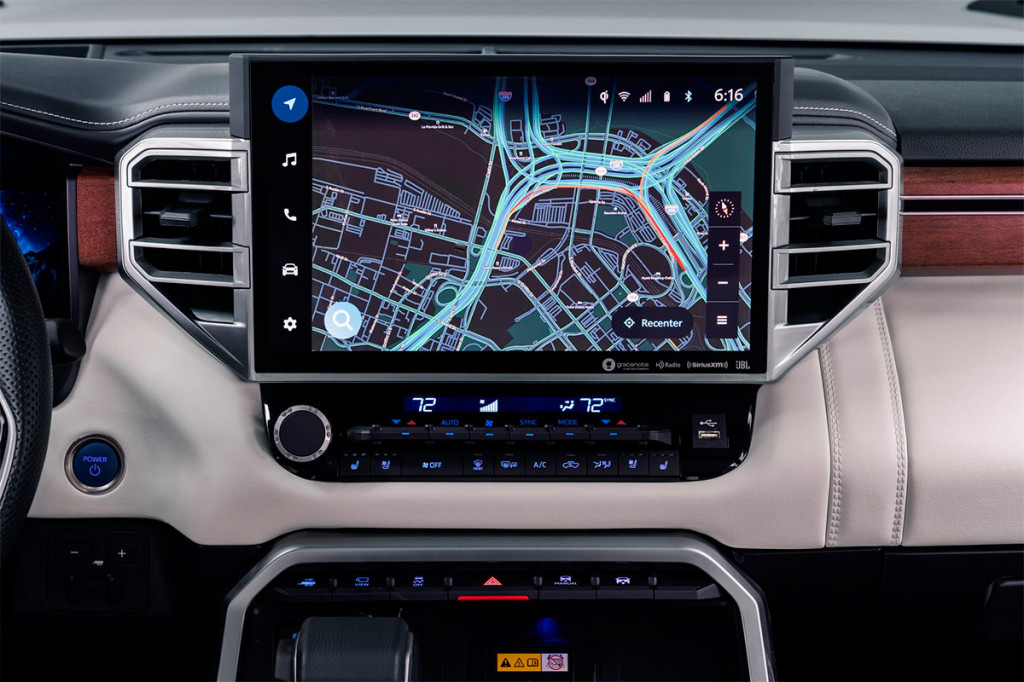